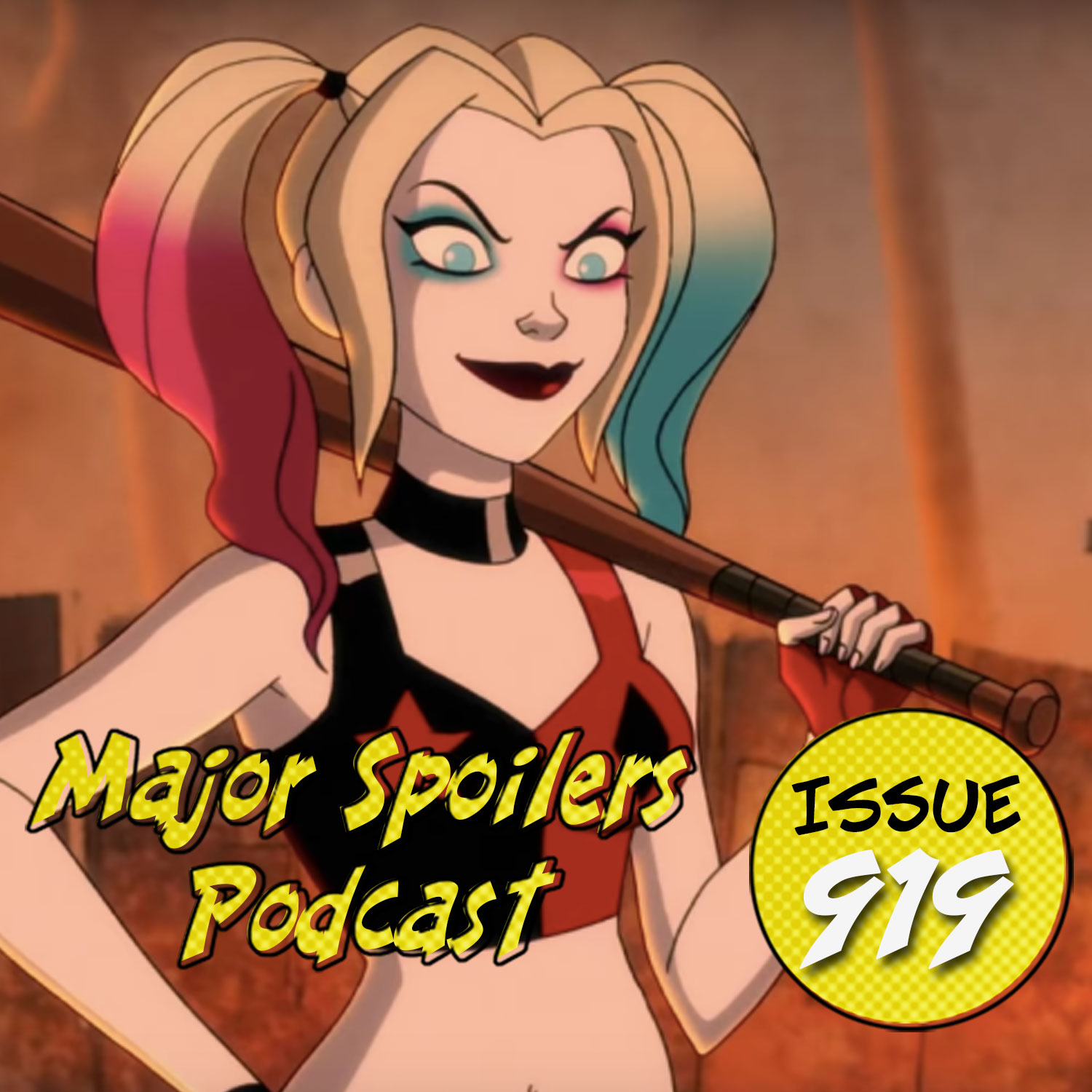 Things take a turn when we talk Harley Quinn season one, but we’ll see it through. We also review Alien #1, SWORD #4, Dragon Age: Dark Fortress #1, and Dune: House of Atreides #4. PLUS! Secret Invasion is coming!

“One Night in Miami” star Kingsley Ben-Adir has been cast alongside Samuel L. Jackson and Ben Mendelsohn in the Disney Plus Marvel series ” Secret Invasion,” Variety has learned. Exact character details for Ben-Adir’s character are being kept under wraps, but according to sources he will be playing a main villain.

BRZRKR getting a movie adaptation at Netflix

The " Hawkeye" series at Disney Plus may already be getting a spinoff. A show centered on Echo, a deaf Native American character who will be played by Alaqua Cox in the "Hawkeye" series, is in the early stages of development for Disney Plus, Variety has learned exclusively from sources.

Emerald Fennell, the Oscar-nominated director of "Promising Young Woman," is taking on a different kind of vigilante. She has been tapped to write " Zatanna," a big-screen adaptation of the DC Comics heroine. The movie, from Warner Bros.' DC Films, is set to be released theatrically. J.J.

STEPHEN
ALIEN #1
Writer: Phillip Kennedy Johnson
Artist: Salvador Larroca
Publisher: Marvel Comics
Cover Price: $4.99
Release Date: March 24, 2021
Gabriel Cruz gave his life to Weyland-Yutani--In the case of an alien attack he barely survived, almost literally! Recently retired, Cruz is trying to patch things up with his abandoned son with the help of his friend, a Bishop-model android, but his re-entry into civilian life is not going smoothly...and his encounters with the deadly Xenomorph are far from over. Phillip Kennedy Johnson and Salvador Larroca team up to tell an all-new tale of the titan of horror and science fiction that has scared audiences for decades. No one is safe. No one is innocent. And no one can hear you scream.
Parental Advisory

The mutants are dying. Their island is dying. Earth itself is dying. All hope for humanity as a species lies in Protocol V. Protocol V isn't going to work.

Deep within enemy territory, the warrior-legend Fenris and a fearless team of Inquisition agents prepare to assault a fortress said to be unbreakable in a bid to prevent the unthinkable from being unleashed.

Meanwhile, Pardot Kynes begins spreading his edenic vision to terraform the desert planet of Dune into an oasis even as the native Fremen raise suspicions about his motives...and if he can truly accomplish his goals.

You can purchase this issue via the comiXology affiliate link comixology.sjv.io/3PPN1v
MAJOR SPOILERS POLL OF THE WEEK

HARLEY QUINN
Harley Quinn is an American adult animated television series based on the DC Comics character of the same name created by Paul Dini and Bruce Timm. The series is written and executive produced by Justin Halpern, Patrick Schumacker, and Dean Lorey and follows the misadventures of Harley Quinn and her girlfriend Poison Ivy after leaving her boyfriend, the Joker. The show premiered on November 29, 2019 on DC Universe to critical success, with critics praising its animation, humor, dark tone and voice acting.

Harley Quinn is an American adult animated superhero television series based on the DC Comics character of the same name created by Paul Dini and Bruce Timm. The series is written and executive-produced by Justin Halpern, Patrick Schumacker and Dean Lorey, and follows the misadventures of Harley Quinn and her best friend (and later girlfriend) Poison Ivy after leaving her boyfriend, the Joker.