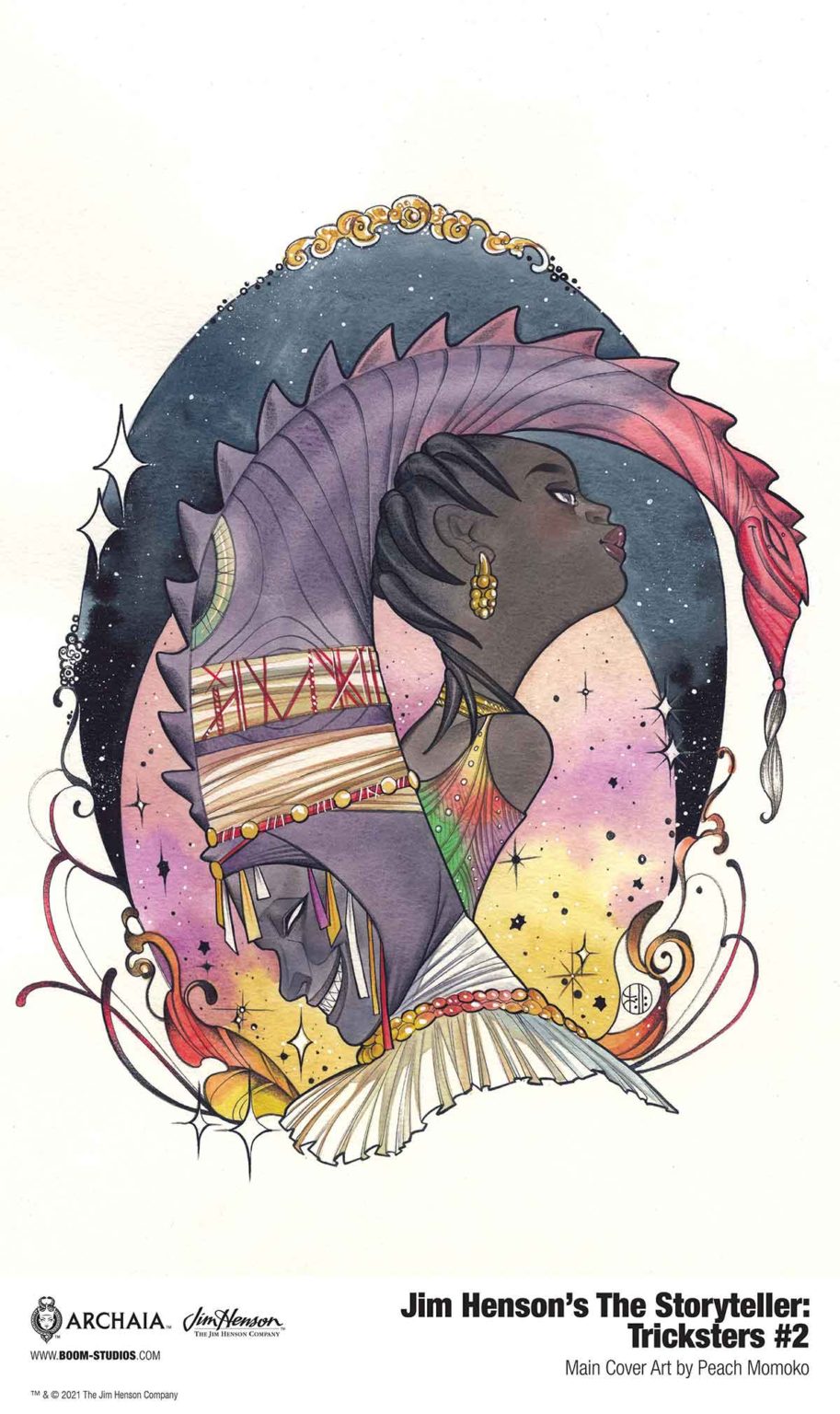 BOOM! Studios has released an early look at Jim Henson’s The Storyteller: Tricksters #2 by Jordan Ifueko and Erin Kubo.

A teen Yoruba village girl summons the great god of mischief, Eshu, to coerce her crush, a dashing hunter, to break up with his sweetheart and marry her instead. Eshu agrees to help her, revelling at the chance to wreak havoc with them all…only to find that the village girl had a mischievous plot all of her own.