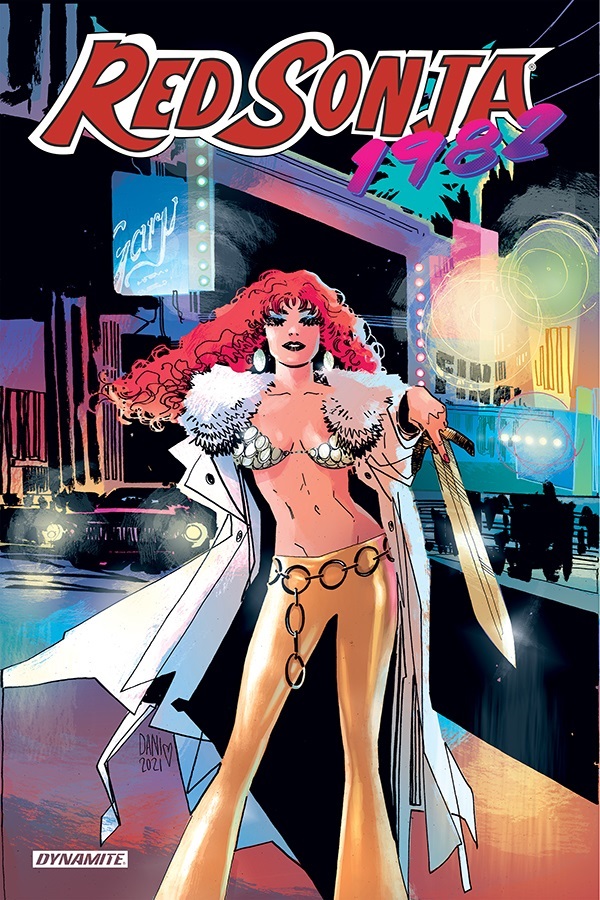 Fan-favorite writer Amy Chu is returning to the pages of Red Sonja in June with a 1980s inspired one-shot.

“1982 was a special year. I mean it was the year of E.T., TRON, Magnum PI, Hill Street Blues. MTV was brand new and exciting. The Commodore 64 and Apple II ruled. There was no internet,” said writer Amy Chu. “If you thought my last run was wild, well… I love the fact that [artist]Eric didn’t blink an eye when I explained what was going on. It does get pretty crazy, but there’s a method behind the madness. I hope you have as much fun reading it as I had writing it.”

This time she’s up against a mysterious killer android tracking her through time. In the midst of the excesses of Los Angeles of the era, Sonja recruits a rag tag team for her mission. A bouncer, a drag queen, and a disco roller skating martial artist will help her slay her enemies all across the city. Could Kulan Gath be involved again this time?

Joining Chu on this project is artist Eric Blake and colorist Adriano Augusto.