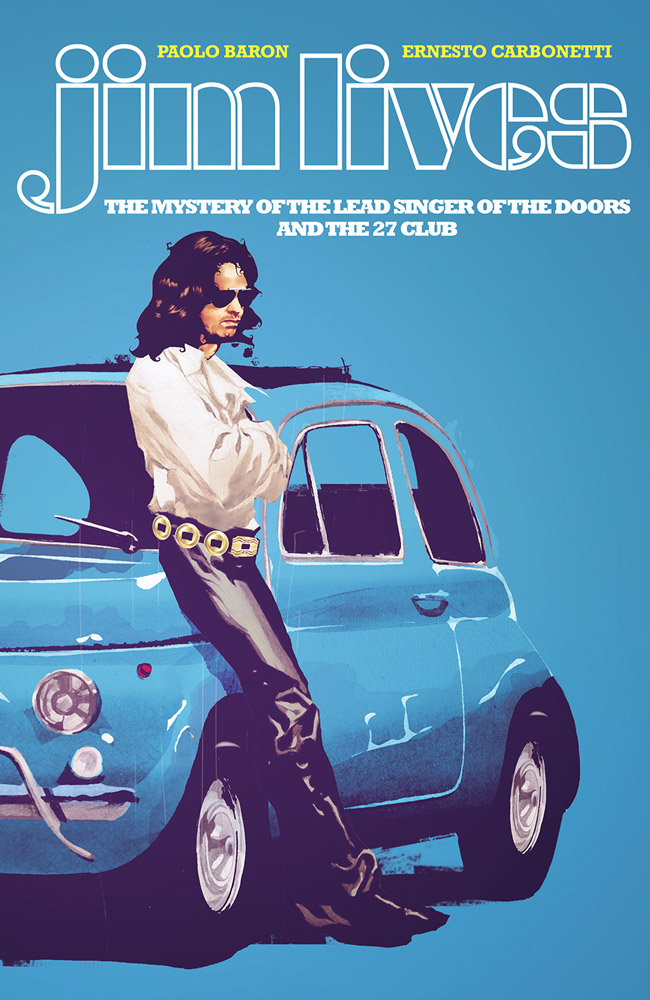 Image Comics has announced that Jim Lives: The Mystery of the Lead Singer of the Doors and the 27 Club, is scheduled to arrive in June 2021.

In this speculative fiction thriller, Paolo Baron and Ernesto Carbonetti re-team to weave a tale set in a world where Jim Morrison didn’t die. Previously, the duo released Paul Is Dead. Jim Lives is the second in a planned trilogy.

Amid the intense colors of a foreign land, Jim Lives is the story of a man searching for his son—a correspondent for a popular American newspaper—who vanished into thin air after sending one last, enigmatic message: “Jim Morrison isn’t dead. He’s hiding out in Italy. I saw him with my own eyes.”

Perfect for fans of conspiracy theory and speculative thrillers, Jim Lives follows the story of a man searching for his son-a correspondent for a popular ame…

Jim Lives, an original graphic novel is scheduled to arrive on June 22, 2021.