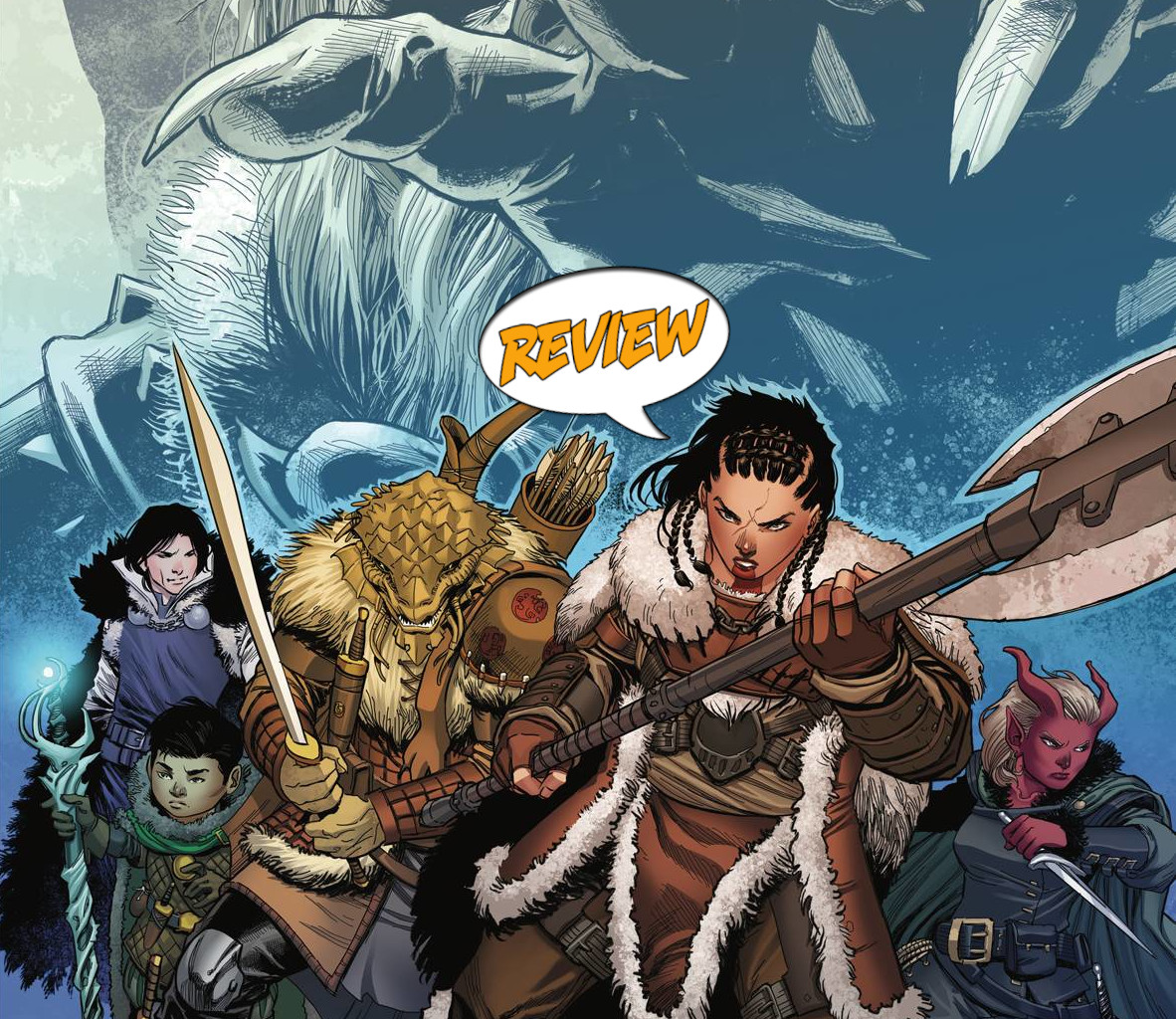 Dungeons and Dragons: At the Spine of the World #4 (of 4) Review

The fate of Icewind Dale is in the hands of a several low-level heroes. Will they be able to break the endless winter? Find out in Dungeons & Dragons: At the Spine of the World #4 by IDW Publishing!

Previously in D&D: Icewind Dale is stuck in an endless winter and there is a weird stone that seems to draw people to violence and greed. Amos has kidnapped Belvyre to force him to use his druidic powers to feed an army while Runa, Patience, and Saarvin run into an army of Duergar to try and save him.

Saving Belvyre means fighting an army of people who are affected by the chardalyn rock. They attempt to fight nonlethally but they are vastly outnumbered. Luckily, the Uthgardt tribe comes to the rescue and provides an opening for our heroes to push through. Meanwhile, Amos and Belvyre realize that the fortress is under attack and it angers Amos’ boss, Xardorok Sunblight. Sunblight opts to kill everyone by causing a volcanic eruption. Amos, though unsure, decides to follow orders.

As Runa, Saarvin, and Patience arrive to rescue Belvyre, Amos has a change of heart. He runs deep into the heart of the volcano to try and destroy the volcanic tower. Belvyre leads the rest of heroes to try and save the Duergar army. As the adrenaline begins to subside, the plant growth spell that Belvyre cast expands with enough food to feed all of Ten Towns!

ACT 1 COMES TO A CLOSE

This issue is interesting because the next chapter is assumingly in the tabletop module “Icewind Dale: Rime of the Frostmaiden”. Meaning that the heroes that will ultimately stop the endless winter is actually you and your player character. Which is kind of a cool premise and I wonder if these characters make an appearance in the module.

The story itself concludes as you would expect. We were expecting Amos’ turn back to the good side and we knew that the party was going to reunite. Amos learns his lesson and ultimately tries to remedy that, which is what we want to see in our comic book stories. Between the dynamic art and good storyline, I’m satisfied with this conclusion.

I like the D&D comic books because I enjoy strong ensemble casts. While the story is clearly there to be tied into a major property, the story is still strong and stands on its own. 4 out of 5 stars for this one. Now I need to pick up my Player’s Handbook and try my hand at that tundra cleric I was thinking about.

D&D: At the Spine of the World

This comic brings us to the conclusion we expect with skill and grace.