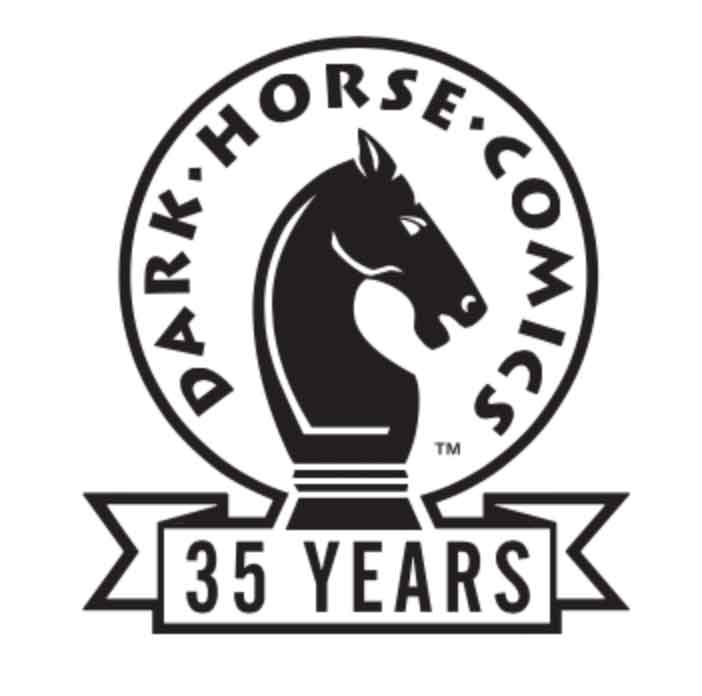 Dark Horse Comics has added several new members to the editorial staff, and also announced a number of internal promotions. Ian Tucker has been promoted to Senior Books Editor. Ian Tucker entered the publishing industry in 2010 after turning a career in print technology into a position in the Dark Horse Comics digital art department. In 2012, he transferred to the editorial department. Seeing the importance of the then burgeoning art book program, he stepped into the role of almost exclusively editing art books. Among the projects Ian has overseen to fruition are The Art of God of War, The World of Cyberpunk 2077, The Art of Rick and Morty, and Final Fantasy Ultimania Archive Volumes 1-3. In 2018, Ian fulfilled a lifelong dream when he had the pleasure of interviewing Mark Hamill for The Art of DreamWorks Trollhunters: Tales of Arcadia. Ian would like to assure everyone that Mr. Hamill is indeed the best. Jenny Blenk has been promoted to Associate Editor. With a BA in English Literature from Western Washington University, and an MA from Portland State University in English Literature and a Comics Studies Certificate, Jenny joined Dark Horse as an intern in the spring of 2017 and was subsequently hired as an Assistant Editor in February of 2018. Projects Jenny has assisted in bringing to life include the line of Critical Role books, the Avatar: The Last Airbender and The Legend of Korra lines, and the ever-expanding books from Mike Mignola’s Hellboy Universe. In addition to assisting on these incredibly important books, Jenny will continue to grow her own line up of books including the fine art collection Sacred Decay: The Art of Lauren Marx. Judy Khuu has been promoted to Associate Editor. Judy first joined the Dark Horse team in 2015 as Mike Richardson’s Executive Assistant, then made the transition to the editorial department in 2018 and has proved to be an invaluable member ever since. While continuing to assist on high level properties such as Overwatch, Plants vs. Zombies, and Assassin’s Creed: Valhalla, Judy has taken over editing responsibilities for The Witcher and Cyberpunk 2077 and will begin to expand her own line of titles. Rae Boyadjis has been promoted to Berger Books Associate Editor. A graduate from Sarah Lawrence College in 2012, Rae joined Dark Horse as Karen Berger’s assistant on the prestigious Berger Books imprint in 2018. Since working on the Berger Books line, they have been integrally involved on titles such as Invisible Kingdom, She Could Fly, Ruby Falls, and Post York. Rae is also a professional aerialist in New York City where they are the resident aerial advisor for Speakeasy Dollhouse Productions. Sanjay Dharawat has been hired as an Assistant Editor. Sanjay is a graduate of both the University of Rochester where he holds a BA in History and of Portland State University where he holds an MA in Book Publishing. Originally hired as an intern back in 2018, Sanjay now joins the Dark Horse Editorial department full-time. In his role, he will be assisting Ian Tucker on his line of art books, Shantel LaRocque on her line of licensed titles, and with Brett Israel on his ever-growing line of creator-owned properties like the recently announced mini-series, The Worst Dudes. Sanjay likes to travel and has spent a month-long trip backpacking around Australia. Rose Weitz has been hired as an Assistant Editor. Rose is a recent graduate from Portland State University where she received a BA in English and a Comics Studies Certificate. Rose came to Dark Horse through the Portland State University Comics Studies Intern Program where she worked closely with the editorial staff during the winter of 2019. She now joins us full time where she will be assisting on a wide variety of projects. Rose currently lives under a rock with her cat who goes by the inspired name, Gaston.

Karen Berger, Editor of the Berger Books imprint, had this to say about the promotion of Rae Boyadjis: “Rae has excelled in their work for the Berger Books imprint over the past two plus years. Their sharp editorial, copywriting and communication skills have been a great asset to the line, and Rae’s reliability, dedication to the books, and positive spirit makes them a true pleasure to work with.”

Editor-in-Chief Dave Marshall had this to say about the promotions: “I’m so grateful to work with such gifted and dedicated folks. Ian, Jenny, and Judy are exemplary, bringing a collaborative spirit, a reverence for the creative process, and a pure love of books to every project they undertake. Likewise, Sanjay and Rose so impressed as interns it was a joy when they agreed to join the team full time. Expect many accomplishments from all of them in the coming years.”