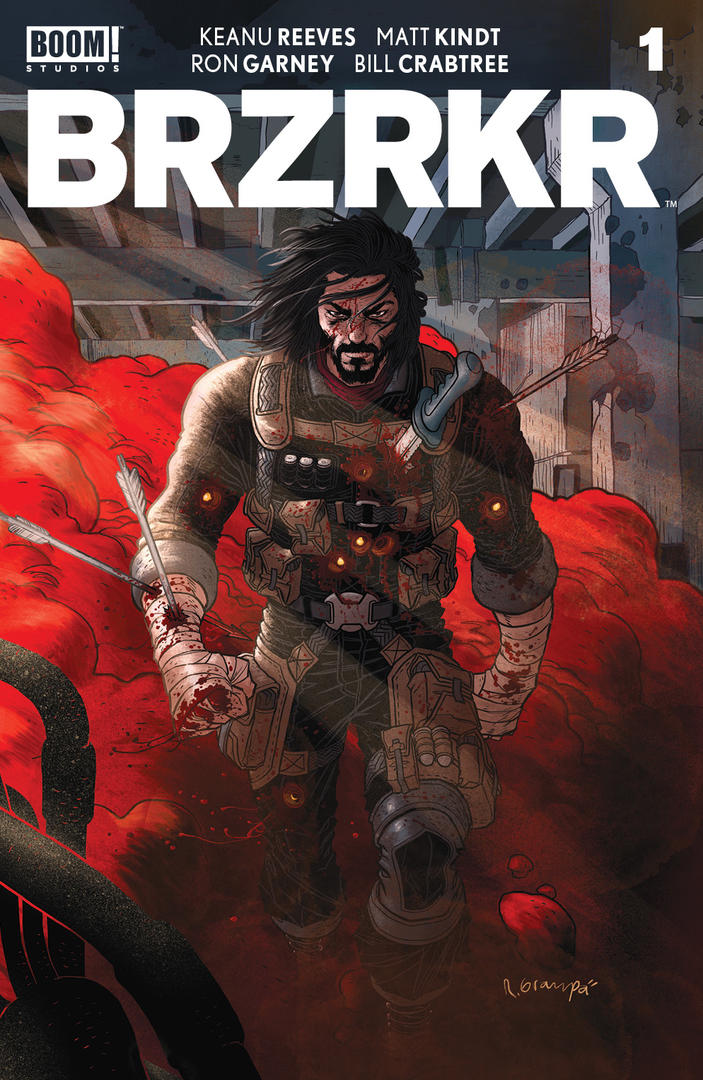 BRZRKR getting a movie adaptation at Netflix

Hot on the heels of the release of BRZRKR #1 from BOOM! Studios, Netflix has announced it has acquired the rights to the book to be adapted into a feature film and an anime spinoff series. BRZRKR is a brutally epic saga about an immortal warrior’s 80,000 year fight through the ages. The man known only as “B” is half-mortal and half-god, cursed and compelled to violence… even at the sacrifice of his sanity. But after wandering the earth for centuries, B may have finally found a refuge – working for the U.S. government to fight the battles too violent and too dangerous for anyone else. In exchange, B will be granted the one thing he desires – the truth about his endless blood-soaked existence…and how to end it. According to a press release from BOOM! Studios, Keanu Reeves, who created the series, has been cast as the lead. If you have read the first issue, and have seen the art by Ron Garney, it is clear this has been a Keanu joint from the very beginning. BRZRKR, the comic book series, is written by Matt Kindt.