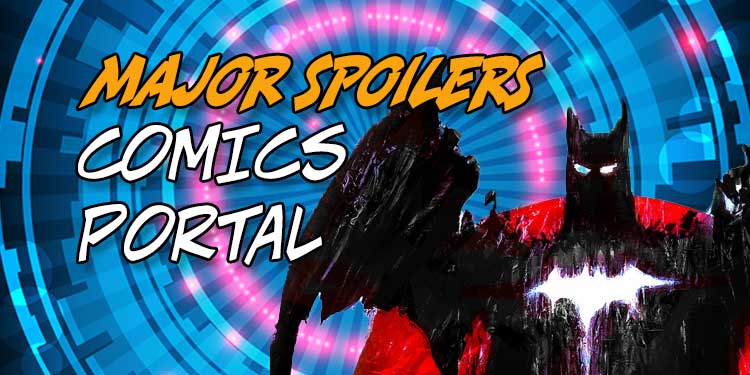 The last few days, the Internet has been buzzing about DC’s increasing the price of their Batman comic and some other titles, mostly to $5.99 without adding more pages! When some eagle-eyed observer of the industry noted that DC is upping the price of their Batman title without increasing the number of pages, it started a sometimes-heated discussion online about the cost of our comics… yet again!

With the arrival of their Infinite Frontier event, DC added more pages to some of their books while increasing their prices by a dollar. For instance, Batman #106 had the usual 22-page story followed by an 8-page secondary story. That issue delivered 30 pages of story, so they sold it for $4.99 instead of the usual $3.99 cover price DC was selling their 22-page content books for.

They had also been adding a dollar for their card-stock covers—those thicker, longer-lasting covers some prefer.

Well, when Batman #109 was recently announced for release in June, it was discovered that it will have the same number of pages of story, but the price will be $5.99 instead of $4.99 as the book had sold for previously. The third and fourth issues of The Joker are also being listed at $5.99.  These are the versions that do NOT have the card-stock covers, too! They’ll still add another dollar to each one that has them!

Sadly, other DC comics are following this new pattern. Superman Red & Blue #3, a title that previously had 48 pages in it, is now going to cost $5.99 and will have only 40 pages. This will also hold true for Wonder Woman: Black, White, and Gold #1.

Granted, this isn’t the first time DC has sold a comic for $5.99. Some “event” books have been on the stands for that much. But most of these are regular, monthly titles we’re talking here, as well as some books that are changing their pricing to follow suite! Not good!

I’ve seen this kind of thing happen before. A comic adds a second story, then has an increased cost. Then, one day, the second story vanishes, but the cost remains! Not this again!

DC used to be famous for “holding the line at $2.99!” I guess those days are gone for good! I had been predicting that it would be Marvel who would make this kind of price increase first. Once again, I was wrong!

The bad news is that when DC (or anyone else, for that matter) ups the price of their books, they force many fans, especially those who live on a budget, to make a difficult choice. When our comics dollars buy fewer books, we have to be pickier as to which ones we get. If a $4.99 comic nets the same number of story pages that a $5.99 one does, we have to decide what we want more—Batman or something else that lets us spread our money around more efficiently. I guess it all comes down to just how devoted a Dark Knight fan you are!

On some levels, I understand the price increase. Paper and salaries and everything else that’s needed to make your weekly comics get to your local comics shop continue to rise. And the pandemic hasn’t helped, either!

We all know how AT&T has been extremely vocal in their interest about holding on to the DC properties for movies (like last week’s Zack Snyder’s Justice League–which I LOVED, by the way) and The CW’s TV shows, but they’re not so interested in making the monthly comics. They recently cancelled a large number of the comics that weren’t as profitable, to be kind, and that included my beloved Hawkman’s book. I still miss it!

The thing is, though, that without the comics, I can’t say that Batman would maintain the level of interest or support that he does. Granted, his films and TV shows have done well, but without that weekly or monthly storytelling, who’s to say that, over time, the Dark Knight wouldn’t become much less appealing to fans who have been interested in spending their hard-earned quatloos on him?

At some point, I fear, the “business” aspect of “show business” will wipe out the “show” part of “show business.” Yes, they have to bring in money so the creators and everyone else involved in the industry can get paid, but I worry that the effort that has previously been made on making comics might be seen to be better spent in other arenas, like perhaps gaming or cards or other forms of entertainment.

That could signal the end of not only DC’s comics, but the industry as a whole. Yes, even mighty Marvel might not survive such a cosmic shift! I’ve often said in this column and in my podcast that NOW is the time to support the comics industry. Yes, we might find other entertainment that could fill the need we have for excellent storytelling, like novels, the aforementioned games, and mass media outlets, but it’s not the same as that comics experience of holding a book in your hands and reading it from page to page.

It’s a tough time for fans to do this, though! The pandemic is still muffing up our lives terribly! Some of us have not been able to return to our LCS and buy the materials we used to pick up regularly. Work has been hard to find or impossible in places where lockdowns still are the rule of law.

To those people, I would say, Survive first! Then see what you can do! I know this is common sense, but not all of us have the necessary levels of it that we should! That’s why it bears repeating!

To the rest of us, I would encourage you to do what’s possible. If you can buy more copies and perhaps give them to potential fans you know, that’s wonderful! But don’t you go down in the process! We need all hands on deck, not those who we might lose in the process! Support comics smartly!

I’m a big Batman fan! He’s been my guy since I first saw him flying around a castle in England with a glider on his back! I’ll continue to buy his books and his other stuff that I’m drawn to, but even I have my limits! I’m going to be cutting out the “maybe” stuff I used to pick up just to support local shops so I can focus on the “you bet!” materials I love. I’m getting ready to send some of the comics I buy to my brother so he can keep up with them!

As always, I’m open to suggestions! If anyone reading this has a great idea that just might save the comics industry, please post it in the space below! I’ll be sure to give you credit for it (although it would likely be an act of love, not an act of industry)!

I mean, someone first came up with the notion of opening local comics shops instead of buying comics in pharmacies and grocery stores! We need that kind of creativity at work again for the comics industry to survive and hopefully even flourish as the years go by!

What do you think? Will you be buying DC’s increased-price comics? At what point might you have to actually turn away for the industry? Do you have any ideas about where comics might go in the future? Please be sure to share your thoughts below!