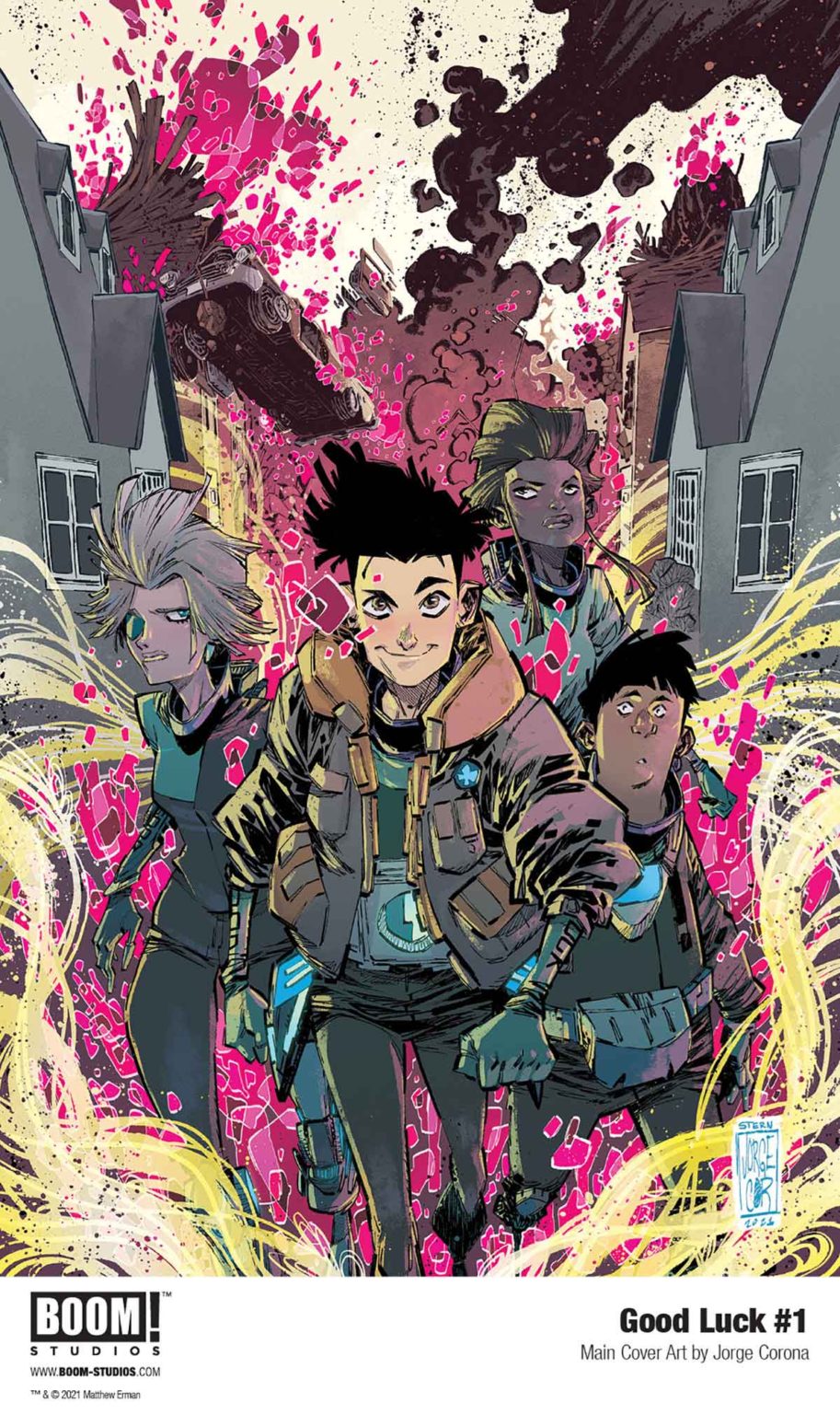 What if Luck was quantifiable? BOOM! Studios invites you to find out in Good Luck, a five-issue mini-series from Matthew Erman and Stefano Simeone.

What if Luck was quantifiable, and something everyone was born with? Everyone, except the Unfortunates – teenagers born with absolutely zero Luck. Now, with the world mysteriously plunged into chaos and reality itself threatened, the Unfortunates are our only hope to save the world. When humanity’s last hope is a group of teens with no chance of success, the only thing anyone can do is wish them GOOD LUCK!

“GOOD LUCK is not only a mind-bending sci-fi adventure about the four unluckiest teens on the planet but also one of the hardest and biggest things I’ve ever written,” said series writer Matthew Erman in a press release from BOOM! Studios. ‘It wound up being one of the most personal, as well, because it’s a story about unlucky people taking wild swings and hoping for the best, despite what they may believe about themselves,” said Erman. “I’m so excited for you all to meet the unlucky Artie, Cherry, Hilde, and Joseph, who live in a universe with a lot of weird little inspirations—Annihilation, Talking Head songs, X-Men, Chrono Trigger—that make this series so unique and hopefully very fun for readers to jump into!”

“Sometimes, a bit of GOOD LUCK is the best ingredient we can have in our lives,” said Simeone. “Luckily, I think I’ve found some with this new series because it’s got some of the funniest and most fun things to draw in the entire world! I can’t wait for everyone to see it!”

“This series is a fly-by-the-seat-of-your-pants adventure that takes off from the very first page and doesn’t stop rolling until the very last. Matthew and Stefano have created a fun, quirky universe filled with weird science and a lovable cast of misfits who are bound to win everyone over as they attempt to tackle a mission daunting enough for adults with all the luck in the world—saving their universe and everyone in it from complete annihilation!” said Jonathan Manning, Associate Editor, BOOM! Studios. “With their luck, what could possibly go wrong?”