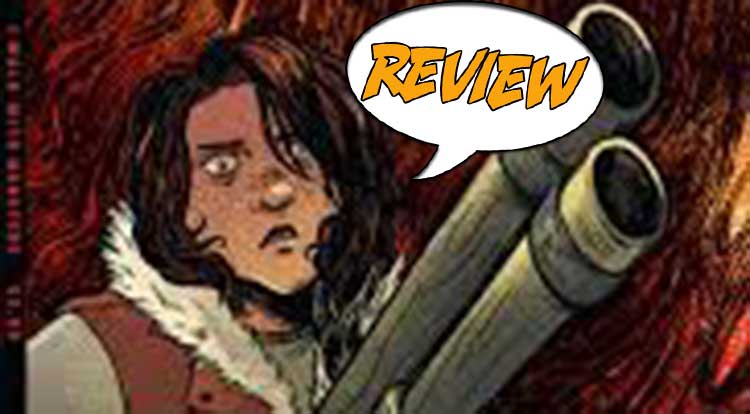 I Walk With Monsters #4 Review

Jacey and David have found the Important Man. Can they get past his security and reach him without being discovered? Find out in I Walk With Monsters #4 from Vault Comics!

I WALK WITH MONSTERS #4

Previously in I Walk With Monsters: Jacey and David have found the Important Man. He’s a campaigning politician. Worse, he is up and coming, well-respected, adored by the media, and even considered to be future presidential material. David uses his powers to track a child by scent, and the trail leads him to the Man’s house, up the stairs, down the hallway, to a closed door. He goes back to plan with Jacey. Jacey’s idea is to kill the Man herself. David disagrees. He is the monster; he does what he does so she will not have to. He was a predator of a kind himself in the past, manipulating women. Now, as a literal monster, he tries to make amends.

David and Jacey survey the Important Man’s house at the open of I Walk With Monsters #4. He has not only his own guards, but also a bunch of police. This will be a difficult job at best, but Jacey decides she wants to talk with the Man. Jacey is insistent that David get away and that he doesn’t sacrifice himself to save her. Plainly, this mission is so important that each of them is willing to die for it.

Jacey recalls the night she ran from the foster home and followed David, as a dog. This is the night he first turned back into a human in front of her. It turns out that as the Beast, he is not in control. It does what it chooses, but he feels what it feels. Jacey fed it, and it likes her. It is a dog around her because she wanted a dog. David has figured out that what he must do is to help Jacey. Then Jacey asks if he would turn into the Beast if she attacks him. He says he would, and she pulls a box cutter and attacks him. He does partially change, and she realizes she cannot hurt him. Does she have some kind of powers she can tap into?

The final plan is that they will sneak into the house, Jacey will talk, David will kill the Man, and they will get out. They gather the last few things they will need and go for it. David sneaks into the house as the Beast in a snake form. He messes with the security system so it shows multiple breaches to the fence around the house. As the guards are distracted, a gate opens and Jacey can walk into the property and right into the house, up the stairs, down the hallway, and to the closed door.

The art of I Walk With Monsters #4 is solid. The color palette is somewhat muted and tends to be on the cool side which complements the serious tone. Now that we have gotten to know Jacey and David better, we see more tension between them. They’ve lived through some awful things and have done terrible things. They plan to do one more terrible thing. In this world, they are not going to be celebrated for being vigilantes, and we can tell they each expect there is a likelihood they will end up dead. That tension comes through loud and clear.

I like the way the Beast is portrayed. It is one thing to see a blue-black creature that looks like a dog with spooky eyes. It is another to see a swath of that same blue-black and realize that the Beast has made an appearance at that point, even when we don’t see what he is doing. When he changes into a snake, it is one with the same coloration. He is cautious whenever he is around people, but he may have some special power that helps keep people from seeing him.

And I don’t want to reveal it here, but the final panel is powerful and chilling.

I Walk With Monsters #4 is deep and suspenseful. David’s Beast is pretty tough, but all the cards are stacked against him and Jacey. Their mission is not going to be easy, but it draws you in to see how it all plays out.

I Walk With Monsters #4