Our teen-heartthrob has been kidnapped for Project Bizarre! What kind of crazy things will Keven Sauvage have to do to escape? Find out in Savage #2 by Valiant Entertainment! 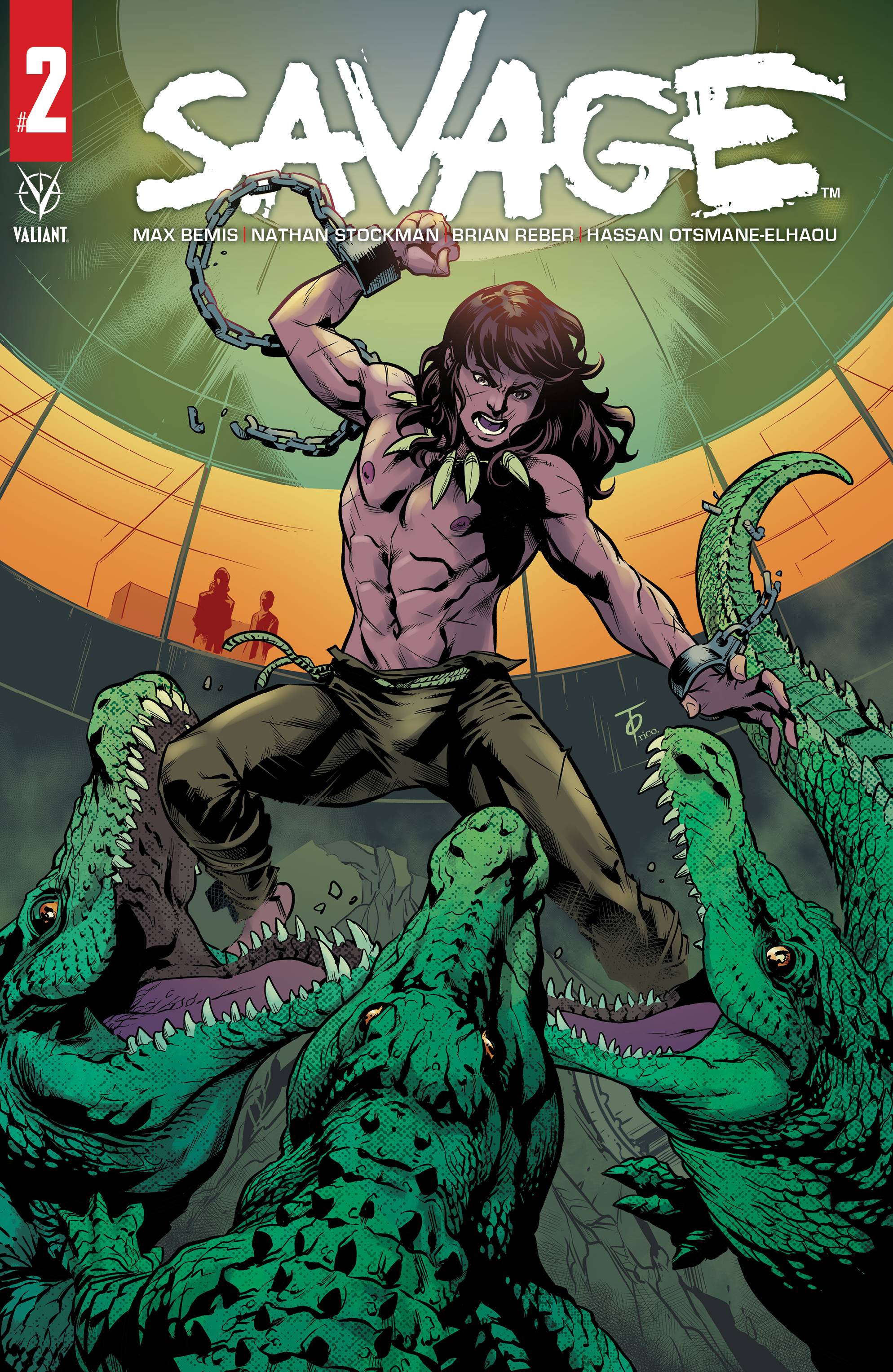 Previously in Savage: Kevin “Savage” Sauvage is a British kid who spent most of his life on a deserted island fighting all sorts of prehistoric animals. Now that he has returned back to the United Kingdoms, he is an internet sensation! London is suddenly attacked by a bunch of monsters but luckily Savage is there to save the day! After the fight, he finds himself in the custody of Professor Hanley Nealon and is being kidnapped for something called Project Bizarre.

Professor Hanley Nealon is trying to combine the Faraway with London. This effectively brings prehistoric beasts to England. He wants to open up Savage and study is organs for some odd reason (not that Mad Scientist types need a good reason). In custody Kevin meets Mae, a young scientist who was taken in by Hanley. She knows her foster father is crazy and helps Kevin escape. After a huge struggle fighting off all sorts of creatures, Kevin finally gets out. His brand manager wants to use him to use this incident for publicity, but Kevin quits and crushes his cell phone.

THIS IS A CUTE COMIC

This comic was quite nice. They sped through the action and really spent time emphasizing the character interactions. Which was nice! Mae and Kevin had this balance of hating each other but are kind of attracted to each other at the same time. Listening to the banter of Nealon and his craziness gave a lot of needed perspective on the situation. However, the issue was very wordy. There was a lot of text bubbles that sometimes took up half a page. While all the information was needed and well written, I felt that the pacing was super slow. Additionally, this particular art style had a lot of lines going on that felt like the page was overburdened at times.

I really like this series and the concepts behind it. This has all the right ideas and is telling a good story. While I think the story could have used a few more pages to space out the writing a bit, the comic is still an easy 4 out of 5. Looking forward to next issue.

This issue brings out the creative team skill to tell a good story and add depth to their characters.