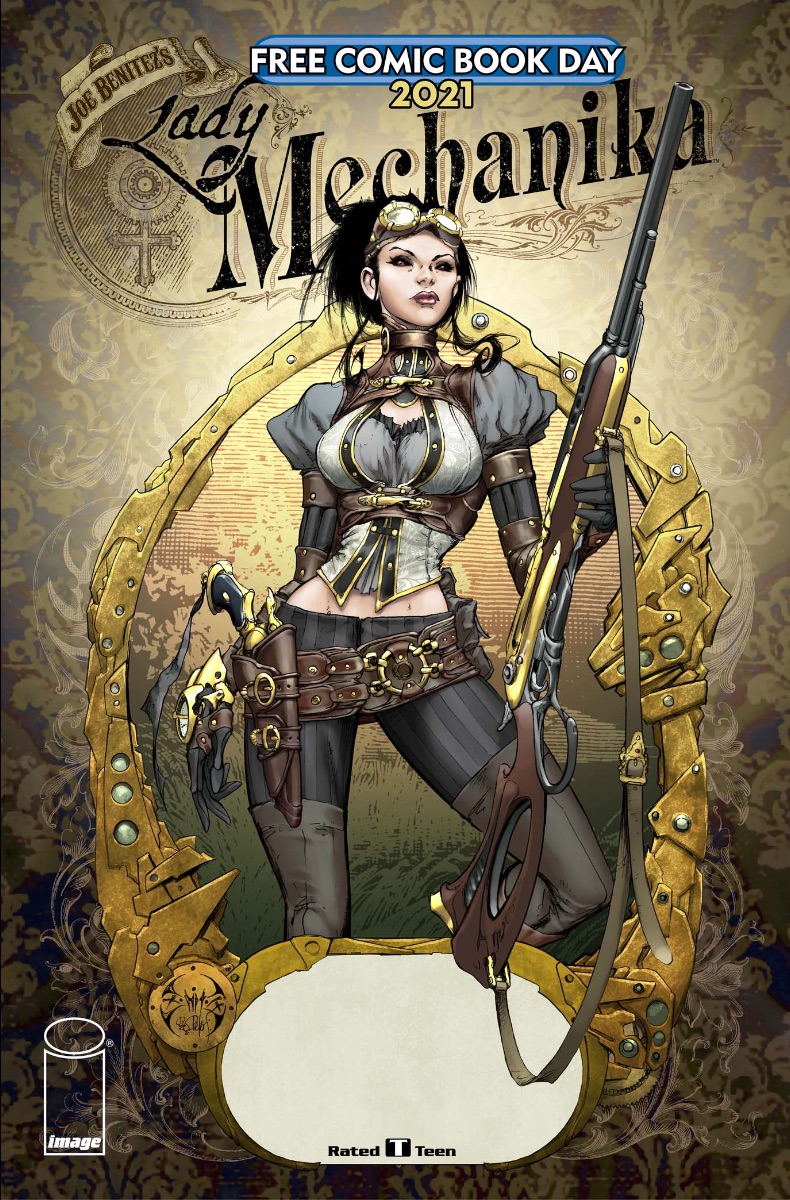 Image Comics has announced that Joe Benitez is bringing his long running indie series, Lady Mechanika to the publisher, with new stories arriving in September. In Lady Mechanika, readers follow a young woman during the Victorian Era who is desperately in search of the secrets to her past—a past that left her with extraordinary, but unnatural, mechanical limbs.

“I’m very excited that Lady Mechanika is moving to Image!” said Benitez in a press release from Image Comics. “We hope this move will provide an opportunity to share the series with a new, wider audience, and also give us more time to focus on our creative strengths while letting the experts at Image handle publishing and marketing. We have so many stories to tell, hopefully this will help us get more of them out faster. The next story arc we’re calling ‘The Monster of the Ministry of Hell-th’ will deal with a piece of Lady Mechanika’s haunted past. Check out a preview of the new book in our FCBD issue!”

The FCBD 2021 edition of Lady Mechanika will include the stand-alone short story “The Demon of Satan’s Alley,” which first introduced Lady Mechanika and her steampunk world (Lady Mechanika #0)—plus a preview of “The Monster of the Ministry of Hell-th,” the newest story by series creator Joe Benitez which will debut this year at Image Comics.