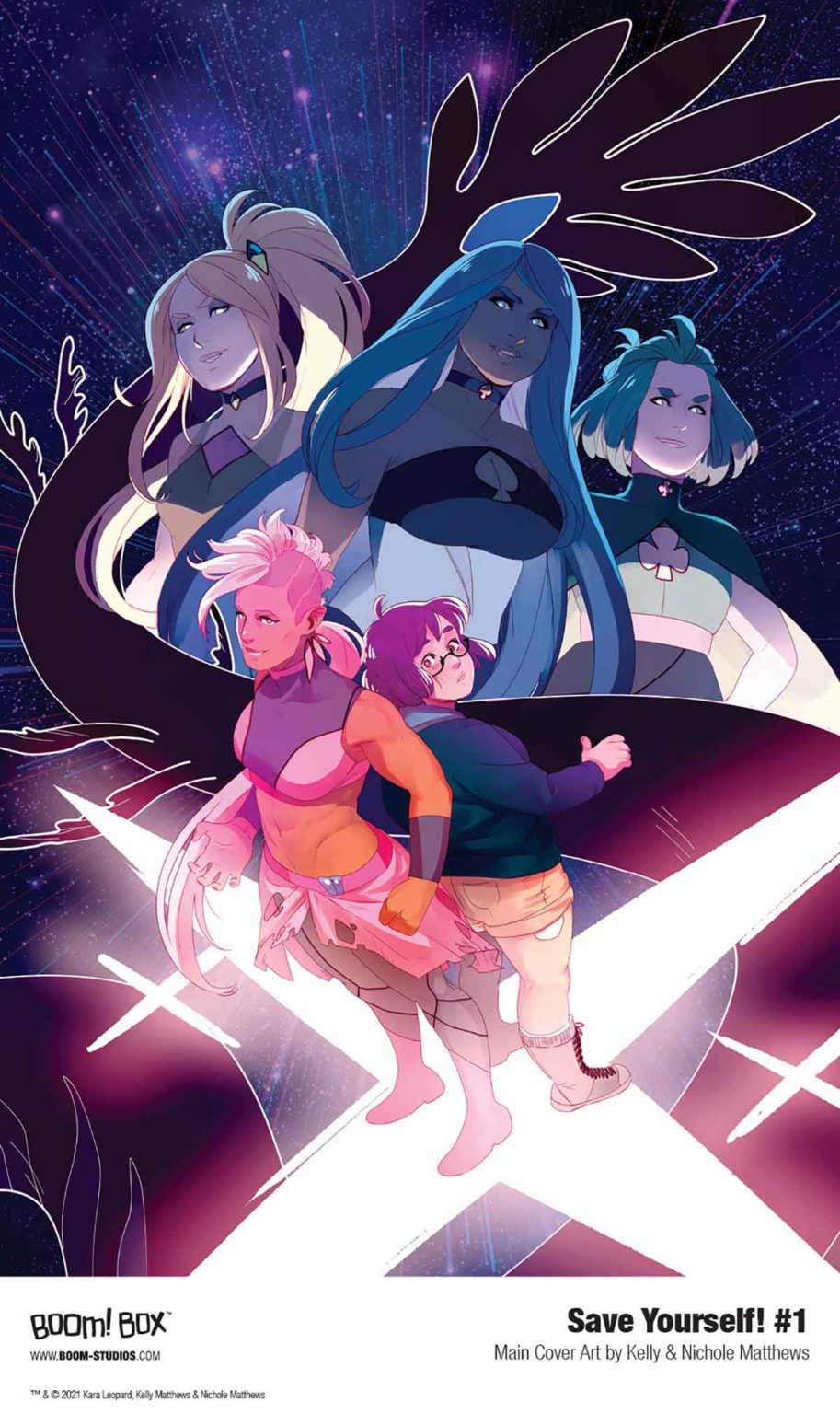 BOOM! Studios announces Save Yourself!

There’s a new magical girl series on the way from BOOM! Studios. Save Yourself from Bones Leopard and artists Kelly and Nichole Matthews arrives in June 2021.

What if Magical Girls aren’t Earth’s champions after all? The world’s most beloved heroes Aoe, Thel, and Gen, better known as the Lovely Trio, first burst onto the scene five years ago when they saved Earth from a surprise space monster attack! Since then, everyone–including Gigi, whose brother died as a bystander in a Lovely Trio battle–idolizes them as superheroic pop icons. But when Gigi witnesses the Lovely Trio battling a monster firsthand, she sees something that causes her to question everything she thought she ever knew about her heroes!

“SAVE YOURSELF! is a passion project that I’m so excited to finally bring to life. I’ve always wanted a chance to combine my love for magical girls with my love of kaiju, and once Kelly and Nichole Matthews were onboard with their fantastic art, I knew it was going to be an amazing ride,” said Leopard in a press release from BOOM! Studios. “I hope everyone who reads this enjoys it as much as I loved writing it.”

Save Yourself #1 is scheduled to arrives in June 2021.