Black Knight: Curse of the Ebony Blade #1 (of 5) Review 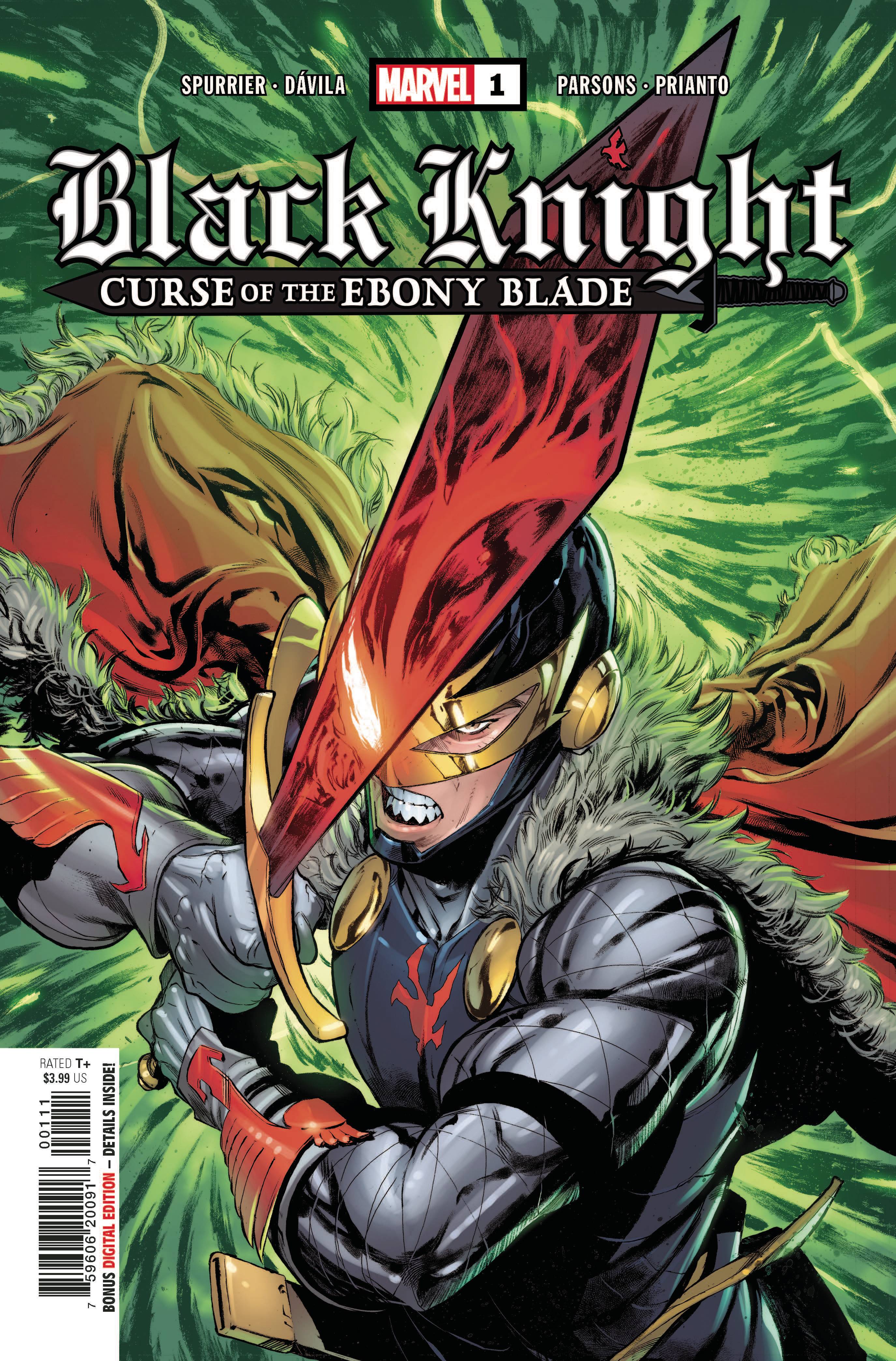 Previously in Black Knight: Dane Whitman is the wielder of the Ebony Blade. He constantly wants to cause mayhem and has an insatiable bloodlust. Dane must constantly fight against the darkness and use his powers for good. He even joins the Avengers and becomes a superhero! However, his sense of purpose is always on edge, and that darkness always creeps back.

Dane is having self-esteem issues. He uses a computer program to sort of talk through his problems. He discusses how he doesn’t feel part of the Avengers and that he has to use an evil object to fight the good fight. He is sinking into the dark for the greater good. He is called to help the Avengers and the Avengers talk behind his back, calling him annoying and prideful. In fact, the only reason why the Avengers called him is because of his power to destroy this weird regenerating in Central Park. However, during this fight he is ambushed by a hooded creature and killed.

Meanwhile, Ms. Jacks is an expert in Arthurian legend. Dane called her to see if she could find any clues about the sword. However, she doesn’t believe that Camelot existed, and her thesis is actually on disproving the myths. She finds Dane dead and reaches to touch the Ebony Sword. Through her touch, she activates the Ebony Blade and resurrects Dane Whitman from the dead.

WHEN YOU NEED A FRIEND

Dane looks to be struggling with Imposter Syndrome. He is fighting against what he thinks he should be and is trying to discredit himself. It is interesting looking at his inner monologue and try to manage his own negative thoughts. That and you can tell his Avenger friends don’t appreciate the fight with darkness that he has to make every time he wields the sword. The creative team did a great job making me feel attached to a character I never had any strong opinions for. I want him to feel better about what he does and his life.

Then enters in this student who doesn’t believe Camelot existed and she touches the sword. Could she be the friend that Dane needs? That line of thought is exciting. I want to know more about this man who killed the Black Knight and I want to know how all these characters fit in. And I sure want to see the Avengers learn something from Dane Whitman.

BOTTOM LINE: I ENJOYED THIS

The writing is amazing. It brought me into the scene quickly and showed me who to care for and why I should care about them. The art was pleasant and showed me everything I needed to so that I could understand what is going on. This is a 4.5 out of 5 for me. I enjoyed this immensely. I think Marvel has been doing a great job with their miniseries and I hope to read more.

This comic brings us into the psyche of the Black Knight and his struggle with managing the bloodlust of the Ebony Blade.