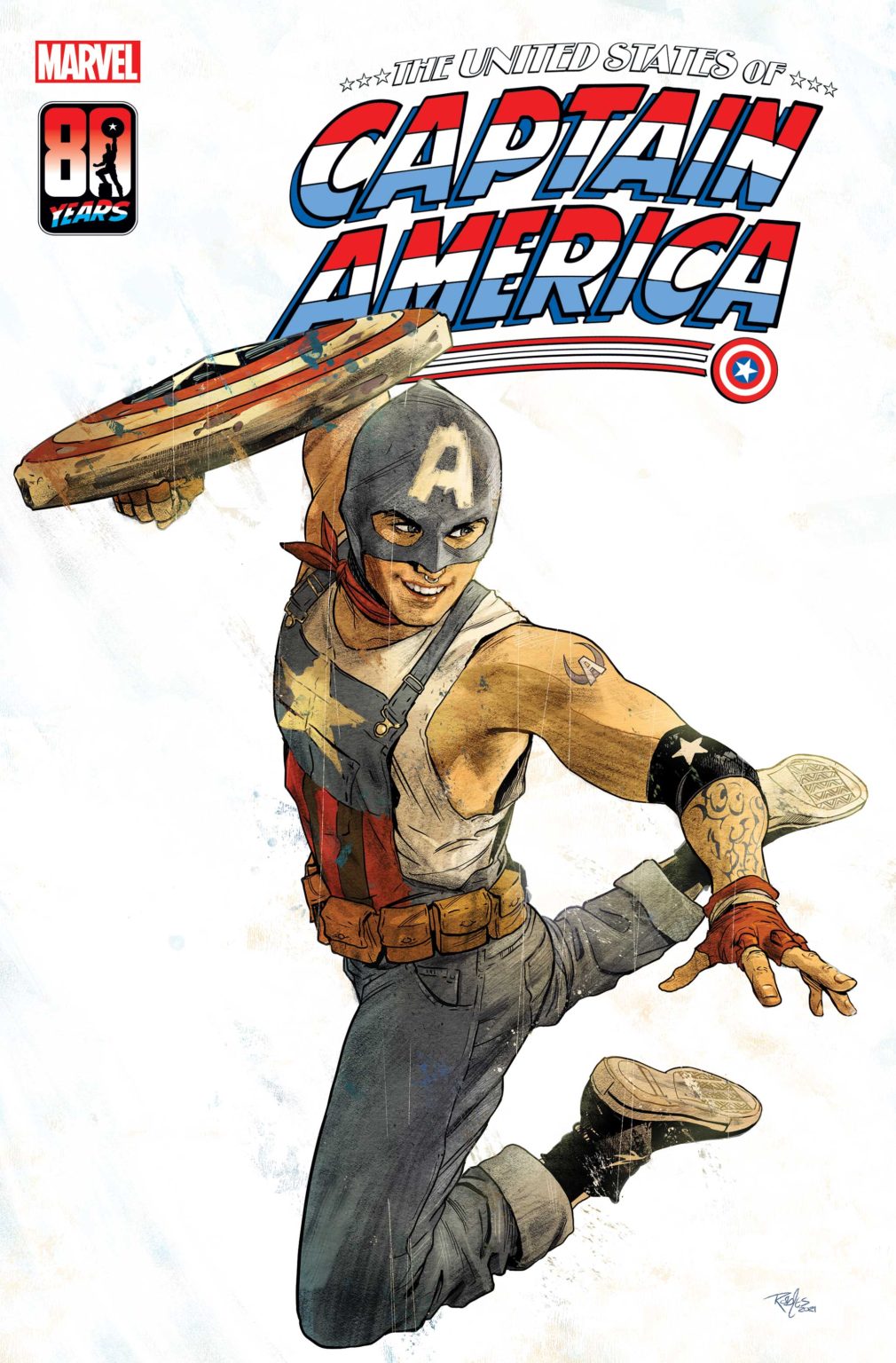 Announced last week, Marvel Comics will celebrate the 80th anniversary of Captain America with a brand-new limited series this June titled THE UNITED STATES OF CAPTAIN AMERICA. Written by Christopher Cantwell with art by Dale Eaglesham, this groundbreaking series will see Steve Rogers teaming up with Captain Americas of the past—Bucky Barnes, Sam Wilson, and John Walker—on a road trip across America to find his stolen shield. Throughout the group’s journey, they’ll discover everyday people from all walks of life who’ve taken up the mantle of Captain America to defend their communities, beginning with Marvel’s newest hero, Aaron Fischer!

In each issue, Cantwell and Eaglesham will be joined by a diverse lineup of all-star talent to introduce these new shield-bearers and expand on their origins and motivations in thrilling backup tales. This thought-provoking exploration of Captain America’s impact will kick off with writer Joshua Trujillo and artist Jan Bazaldua and the debut of Aaron Fischer, the Captain America of the Railways. A fearless teen who stepped up to protect fellow runaways and the unhoused, Marvel Comics is proud to honor Pride Month with the rise of this new LGBTQ+ hero.

“Aaron is inspired by heroes of the queer community: activists, leaders, and everyday folks pushing for a better life,” Trujillo explained. “He stands for the oppressed, and the forgotten. I hope his debut story resonates with readers, and helps inspire the next generation of heroes.”

“I want to thank Editor Alanna Smith and Joshua Trujillo very much for asking me to create Aaron,” Bazaldua said. “I really enjoyed designing him, and as a transgender person, I am happy to be able to present an openly gay person who admires Captain America and fights against evil to help those who are almost invisible to society. While I was drawing him, I thought, well, Cap fights against super-powerful beings and saves the world almost always, but Aaron helps those who walk alone in the street with problems that they face every day. I hope people like the end result!”

Stay tuned for information about the other new “Captains” that fans will meet throughout this extraordinary adventure. In the meantime, check out a new variant cover by Nick Robles and the original design sheet for Aaron Fischer by Jan Bazaldua. Don’t miss the start of this bold new chapter in Marvel Comics storytelling when THE UNITED STATES OF CAPTAIN AMERICA #1 arrives on June 2nd.