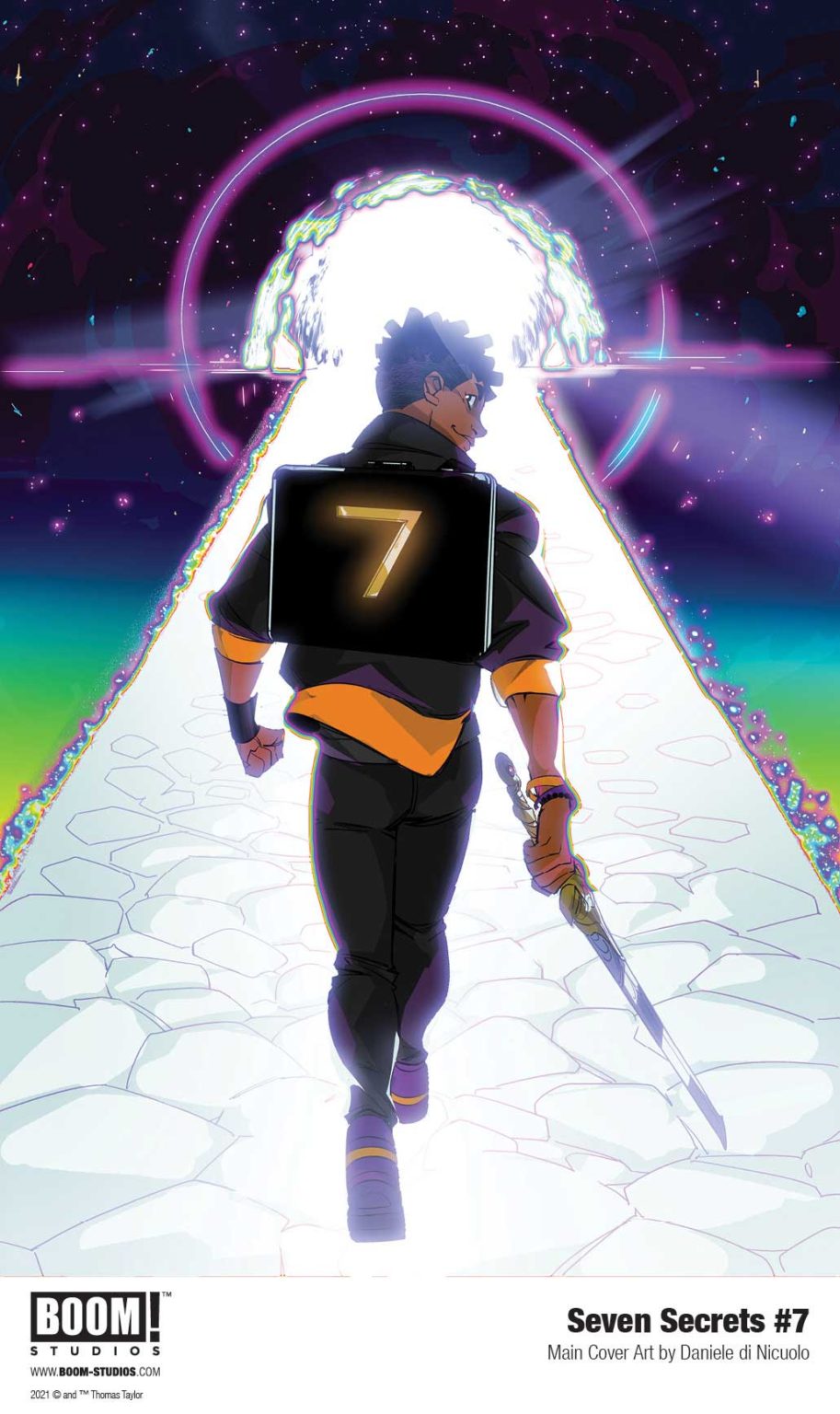 BOOM! Studios dropped us a note to let us know that Seven Secrets from Tom Taylor and Daniele Di Nicuolo is scheduled to return in April 2021.

Seven Secrets #7 kicks off the next story arc for the series, that features colors by Walter Balamonte, and letterer Ed Dukeshire.

In this brand new chapter, another case has been opened, and with it, a new path revealed. Caspar and the remaining members of the Order have managed to escape to the world of Faerie… but are they truly safe?