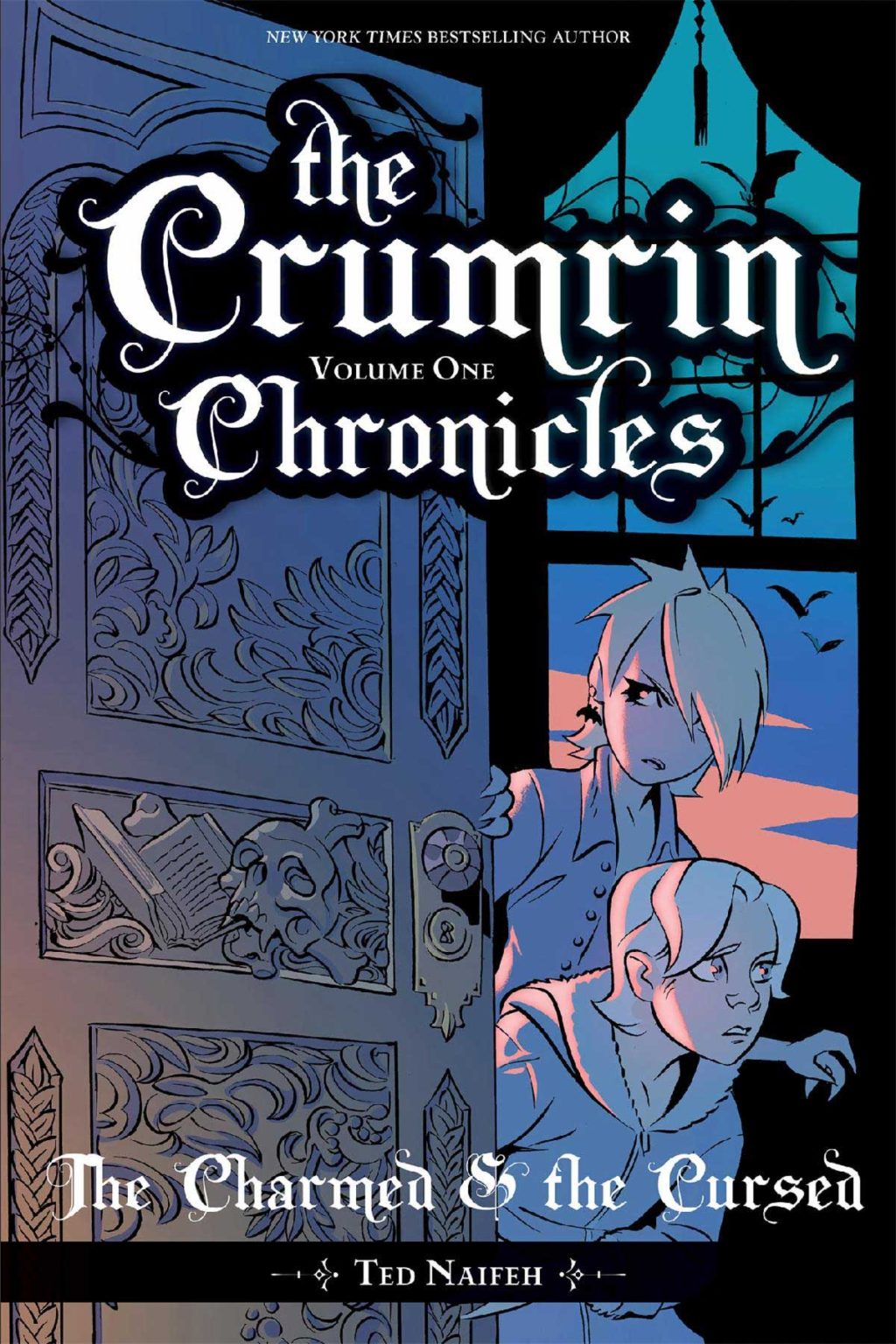 Courtney Crumrin returns in an all new series by Ted Naifeh, The Crumrin Chronicles Vol 1: The Charmed an

d the Cursed, in June. “For fans of Courtney Crumrin, her story continues, alongside her brother Will. For newcomers, meet Will Crumrin, a teenage boy who spent a hundred years in the faerie world and now has to learn how to be ordinary. But with a big sister like Courtney Crumrin, ordinary may not be possible.”

In The Crumrin Chronicles, this time it’s not just Courtney that stumbles into trouble— helping her little brother Will navigate high school might be the death of her. “I love the world of Courtney Crumrin so much, I couldn’t stay away. This is hopefully just the first chapter in a whole new series, introducing new characters and new aspects of the magical world Courtney inhabits.” Also in June, everyone’s favorite heavy-metal-karaoke-singing red panda is back as Sanrio’s Aggretsuko™ stars in her first original graphic novel in Aggretsuko: Little Rei of Sunshine from Brenda Hickey. “As a longtime anime fan, I was super excited for the opportunity to work on this original graphic novel for Sanrio’s Aggretsuko™,” said Hickey. “In Little Rei of Sunshine, I wanted to shine light on the origins of Retsuko’s passion for metal music by using my nostalgic love of 1990s/2000s j-rock as a template. I hope that fans of the Netflix show feel that they’re watching a new episode as they engage with this book, as I put all my efforts into emulating its spirit.”

The office queen of karaoke meets her match when Retsuko’s favorite band reunites for a special concert. The Brides of Resonance return, but why do they want to take over the karaoke bar? Retsuko and friends have to fight for their right to party in a metal vs. metal vocal battle that pits Retsuko against a shadowy enemy. Will Gori survive a night of metal and moshing? Is Haida truly in love? Find out in Aggretsuko: Little Rei of Sunshine! And Dragon Racer, a brand-new graphic novel from Joey Weiser, creator of Ghost Hog, brings back fan-favorite characters Truff, Claude, and Stanley, along with a brand-new friend, Vern! Vern is a racer at heart, even if he’s never quite won a race before—but he knows he’s ready! “Dragon Racer was a really fun book to make! I got to indulge my love of racing stories and drawing animals. Vern the river dragon’s racing cart was intimidating to have to draw over and over again, but by the end I could do it by memory, and even enjoyed depicting it zooming through the pages of the book!” said Joey. “This story takes place in the world of Ghost Hog, and fans of that book will see some characters return, but it was important to me that Dragon Racer be self-contained and a satisfying read on its own, just as Ghost Hog was.” July finds readers going out of this world in Star Beasts by Stephanie Young and Allyson Lassiter, as they tell the (sorta) true (not really) story of why Pluto is no longer a planet. “What if your pet was secretly a space hero on a mission to protect Earth? That was the question that inspired me,” said Stephanie Young. “For kids, their goldfish or dog isn’t just their pet, sometimes they’re even their heroes. I just love the idea that a lost pet might not really be lost, but out saving the galaxy.”

Young puppy Bandit leaves his family behind on Earth to join the secret order of Star Beasts, cosmic creatures sworn to protect Earth—only not everyone is as welcoming as he thought they might be, and Bandit finds himself having difficulties fitting in. But when powerful galactic relics are stolen, the Star Beasts will need to come together before Pluto’s evil emperor’s plans are realized and everyone on Earth is wiped out! “I’m excited for the story and our characters to become real in the heads of everyone who reads Star Beasts,” said co-creator and illustrator Allyson Lassiter. “I hope it inspires them to create and share all of the characters and stories that are living in their imaginations.”

Look for more information on the summer 2021 lineup in the coming months!