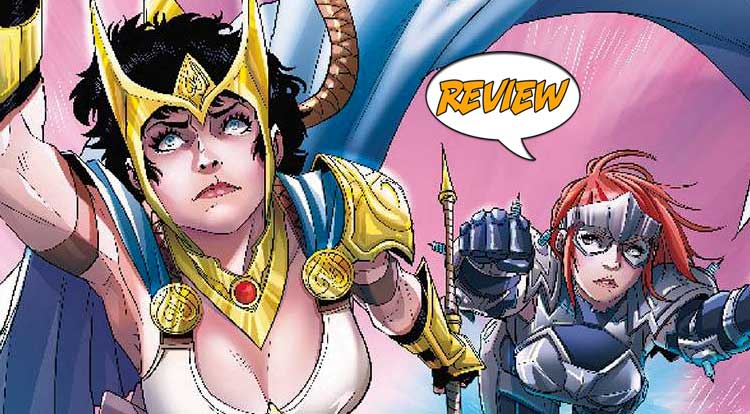 What is the utility of mercy when empathy is dead?  Your Major Spoilers review of Commanders In Crisis #6 from Image Comics awaits!

Previously in Commanders In Crisis:  Originator hunts the psychotic radio-sapiens known as the Social Callers, but is she shutting them down or joining them?  With Empathy in rigor and Frontier vanished, only superhuman logic can keep the Crisis Command fighting against the American Individuality Act and the Extinction Society’s next move!

ARE WE JUST IN IT FOR OURSELVES?

After last issue’s clash with The Social Callers, Originator informs the last member of the group that if they stop their attacks, she will offer them something more for their troubles.  It’s a frightening moment, followed up by a sweet one, as Prizefighter and Sawbones talk over the troubles they’ve been having since Empathy was murdered.  Prizefighter wonders if he can trust his new boyfriend or even his own motives, but Sawbones points out that helping others isn’t just about empathy.  Helping others helps everyone, thus their superhuman activities are logical.  Frontier and Thunder Woman have their own heart-to-heart talk as they deal with the underwater threat of Prime Hylan (whose form underwater, much like a blobfish, looks super-cool, even sexy, while he sort of deflates under the lesser pressure of the surface world.)  They successfully help him with his problem, with Thunder Woman pointing out that she’s actually MET the embodiment of evil, and finds the humans’ self-centered view of reality to be problematic.  As the issue ends, the Crisis Command minus Frontier, calls a press conference to announce the truth: The Multiverse is real.  They know, because they’re from other worlds.

HELPING OTHERS IS LOGICAL

The way this comic book moves back and forth from comic book staples to deep metaphysical musings is just amazing, and I admire how well things like an evil alternate world are combined with the teams worries about their own psychological and emotional well-being.  Orlando’s script is complex and more meaningful than the average fighty-fighty comic.  Tinto’s art is likewise a combination of traditional hero illustration and the kind of stylized art one might see in an alternative book that talks about the quiet lives of people in desperation.  Still, this book doesn’t feel like it’s preaching at me, even when things aren’t entirely subtle, and even just a few issues in, I have a clear idea of who every one of our main characters is and what drives them.  In fact, this issue’s short time with Thunder Woman gives us a clear take on who she is as well, turning some of the “god as superhero” tropes on their heads in just a few panels of dialogue.  Now, if they can just keep the states from seceding from the United States, Crisis Command might be able to pull everything back together.

If you’ve been paying attention, you know I love this comic book, so you shouldn’t be surprised that Commanders In Crisis #6 is another really well-done issue that I enjoyed greatly, with strong, creative art and a clever story combining for a truly memorable single issue of comics, earning 4.5 out of 5 stars overall.  If you’re tired of shared universe events rolling into one another endlessly, but still want high-stakes superhero action that has a heart, this is the book for you, and I highly recommend it.

It's not often that a book challenges how the very concept of superheroes fits in terms of greater epistemological concepts and also works as a superhero adventure book.