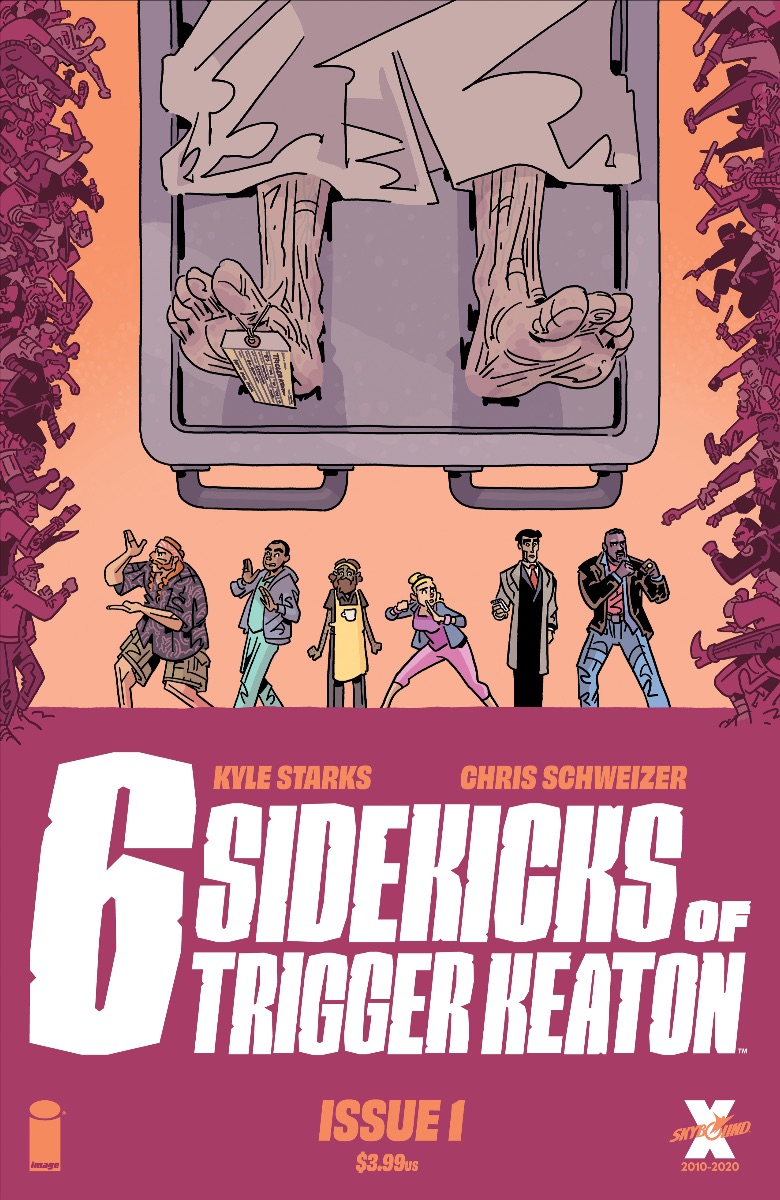 Image Comics/Skybound Entertainment has announced The Six Sidekicks of Trigger Keaton, an action-mystery series from Kyle Starks and Chris Schweizer.

“I’m so excited to be working with Skybound again on another great action-comedy series,” said Starks in a press release from Image Comics. “This time I get to do it with my best friend, America’s best kept cartoonist secret and three-time Eisner nominee Chris Schweizer. Chris came to me and suggested the remarkable title which we crafted into the tale of six former kid TV sidekicks trying to solve the murder of their awful human TV mentor. Sort of like Knives Out meets Once Upon A Time In Hollywood? If there are two things I love to write, it’s charming dummies and action, and this book is full of both plus rising stakes, escalating nonsense and a lot of fun. Comics should be fun, so we made a fun one!”