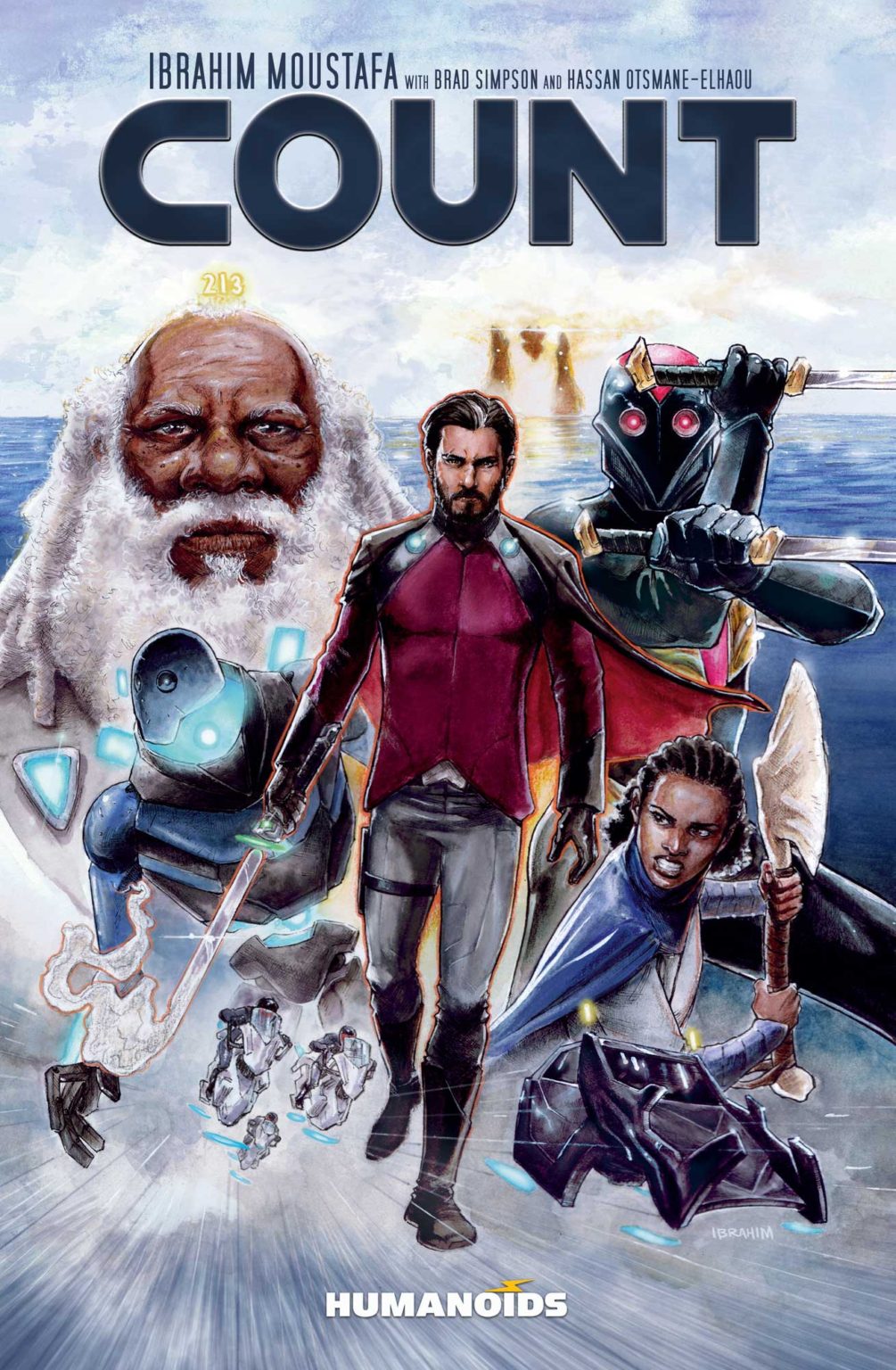 The first project coming from the Humanoids/Ibrahim Moustafa deal is Count, a sci-fi adaptation of The Count of Monte Cristo.

COUNT follows the adventures of one Redxan Samud. Framed for treason and wrongfully imprisoned at the hands of a jealous and corrupt magistrate, Samud escapes his breathtaking hover-prison with only one thing on his mind: revenge. Samud sets out to dismantle the lives of those who have wronged him, disguised as a Man of Status with a newfound fortune at his disposal and his Automaton Retainer Unit (Aru) by his side. But as collateral damage accumulates, Samud is caught between using his new fortune for the good of the people or pursuing the revenge he so desperately desires.

“Humanoids has always been at the forefront of publishing beautifully produced, imaginative graphic novels,” said Ibrahim Moustafa. “I’m incredibly honored to have COUNT added to that pantheon and grateful for a long-term commitment to publish more of the kinds of stories I’d like to tell.”