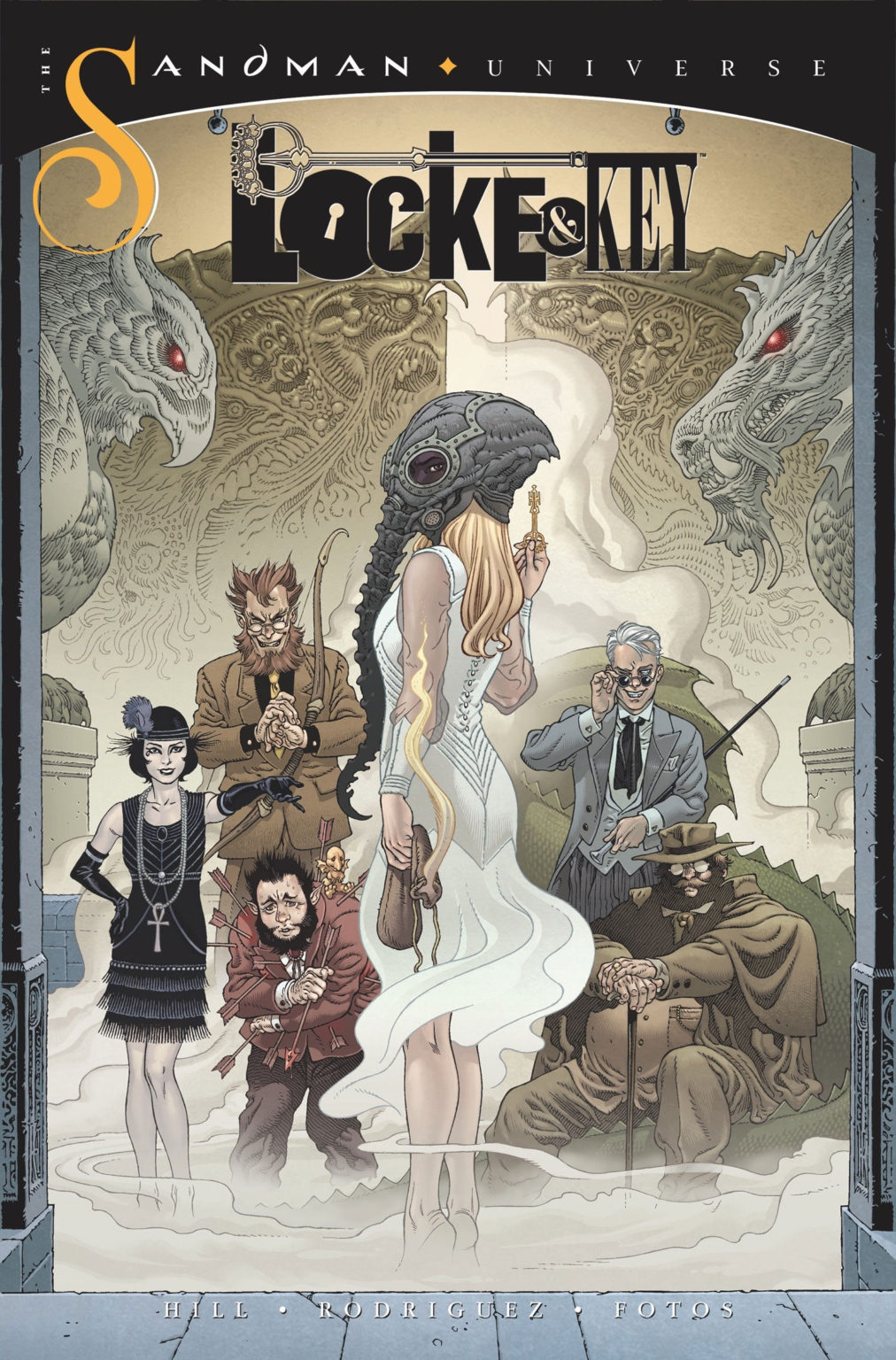 “Without Sandman, I don’t know if there ever would’ve been a Locke & Key,” said Hill in a press release from IDW Publishing. “Neil Gaiman’s stories taught Gabriel and me how to tell ours. The Sandman series is to comics what J.R.R. Tolkien’s Lord of the Rings was to fantasy and maybe what Sgt. Pepper’s Lonely Hearts Club Band was to rock & roll: it’s the Alpha & Omega of dark fantasy in this format. Neil dreamt up all the best toys, and what a thrill it’s been to play with them. Maybe the biggest surprise is how well, how naturally, these series lace together. It’s like they’ve always been waiting for each other.”

Hell & Gone #1 follows a desperate Mary Locke, whose brother Jack may be 10 years dead but still sends letters home from Hell. Her quest to rescue him from The Pit will require her to outsmart Roderick Burgess (the most wicked man in England), puzzle her way through the House of Mystery, and risk the walking nightmare known as The Corinthian in a disintegrating Kingdom of Dreams!