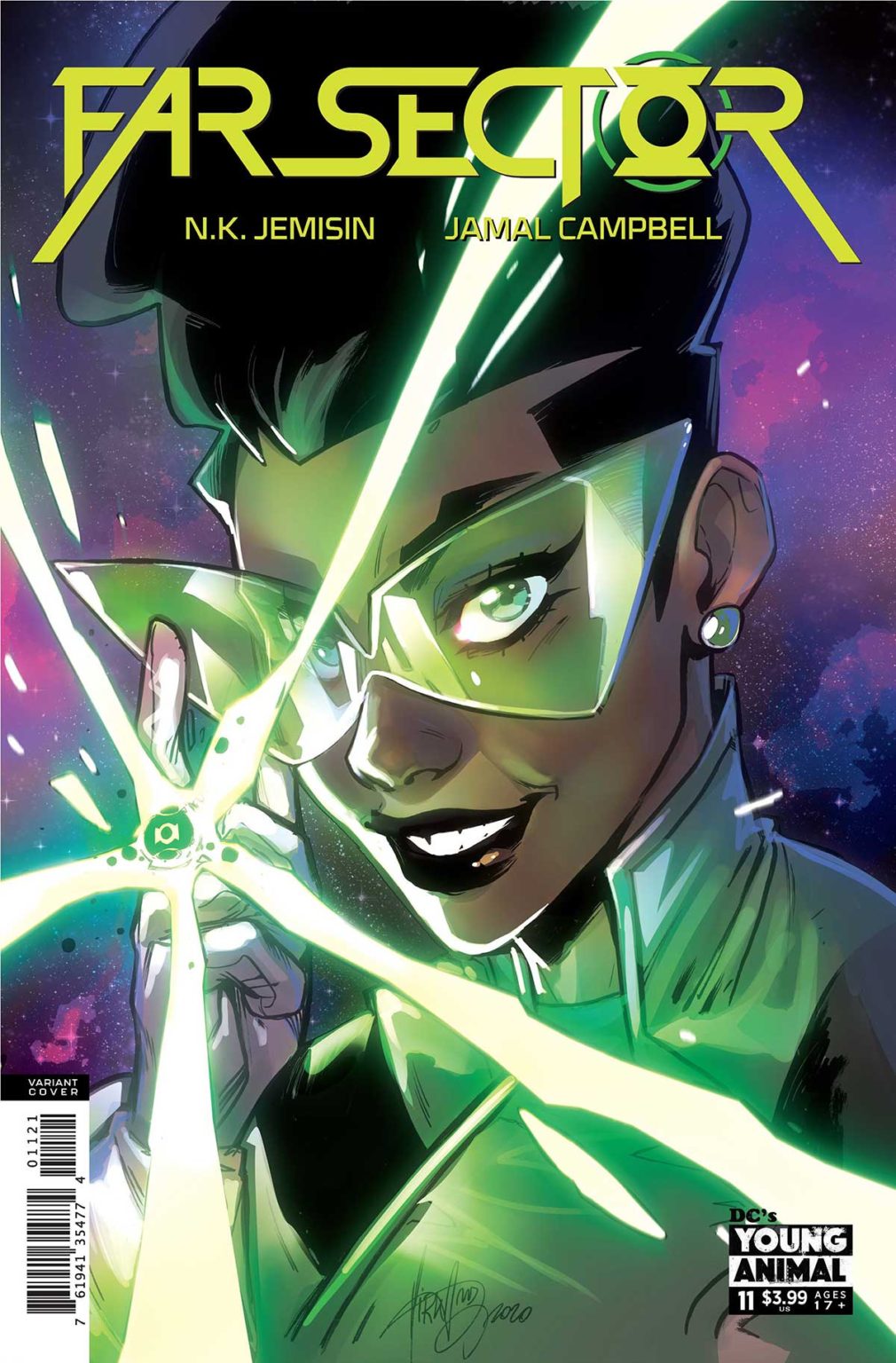 DC Comics has released a first look at April’s Far Sector #11 – the penultimate issue in the series from N.K. Jemisin and Jamal Campbell.

FAR SECTOR #11
Written by N.K. JEMISIN
Art and cover by JAMAL CAMPBELL
Variant cover by MIRKA ANDOLFO
ON SALE 4/6/21
$3.99 US | 32 PAGES | 11 OF 12 | FC
DC BLACK LABEL | AGES 17+
Sojourner “Jo” Mullein is completing her first tour of duty as a rookie Green Lantern in the City Enduring, courtesy of Hugo award-winning writer N.K. Jemisin and fan favorite artist Jamal Campbell, and DC has your first look at what’s upcoming in issue #11 (on sale April 6)!

Everything is coming to a boil as we lay the groundwork for the Far Sector finale in this, penultimate issue!

Riots are breaking out across the City Enduring as its citizens realize that there are political shenanigans disrupting their way of life and subverting the will of the people. To quell this unrest, @BlazeofGlory is threatening to unleash a terrible weapon upon her own people. Jo has to race against the ticking clock of a Green Lantern ring that is rapidly losing power to bypass the city’s entire defense forces and stop this attack from above.