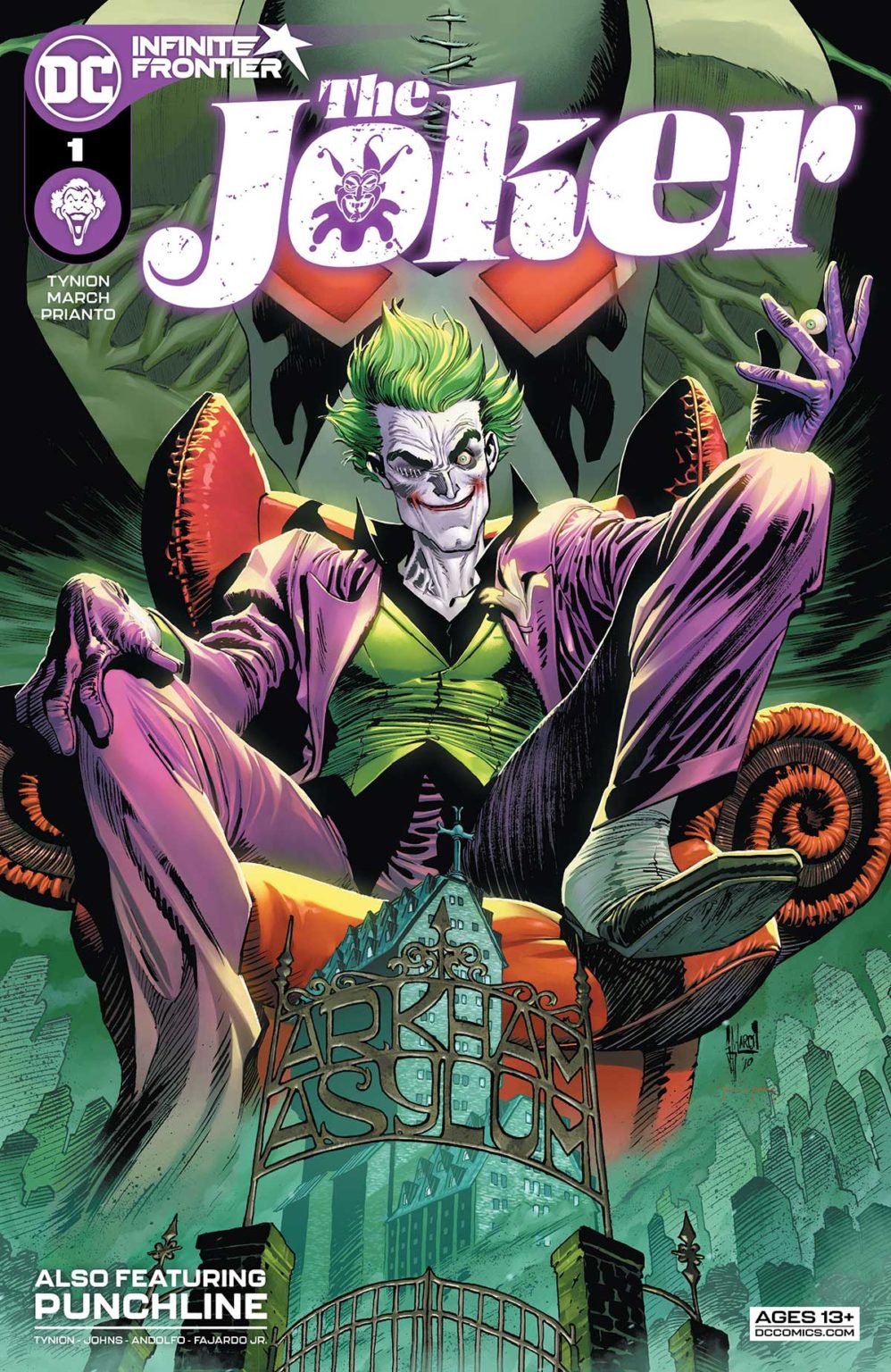 THE JOKER #1
written by JAMES TYNION IV
backup story written by JAMES TYNION IV and SAM JOHNS
art and cover by GUILLEM MARCH
backup story art by MIRKA ANDOLFO
variant cover by FRANK QUITELY
variant cover by FRANCESCO MATTINA
1:25 variant cover by RICCARDO FEDERICI
team variant cover by
MARK BROOKS—minimum order 250 copies
blank variant cover
CARD STOCK VARIANT COVERS
ON SALE 3/9/21
$4.99 US | 40 PAGES | FC | DC
Following the events of Infinite Frontier #1, The Joker is the most wanted man in the world! But the Clown Prince of Crime is several steps ahead of law enforcement—and he’s on the run overseas. James Gordon, facing retirement, realizes this is the manhunt of his life and the last piece of a storied career…but what mysterious and deadly forces are also in pursuit of The Joker?
And in the backup story, following the events of the smash hit Punchline #1, DC’s most controversial new villain navigates the infrastructure of Blackgate Penitentiary—while on the outside, Harper Row takes up the mantle of Bluebird to stop her brother from falling under Punchline’s influence.