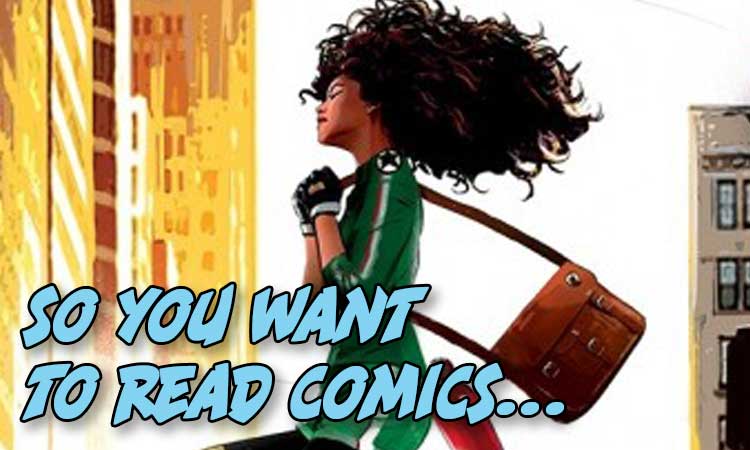 So You Want to Read Comics: Flying Edition

Fasten your seatbelt and return your seat to the upright position because it’s time for this week’s “So You Want To Read Comics”, a weekly feature where we take a look at a single topic, then offer comic book recommendations to new readers, based on that topic.  This week, we’re looking at flying.

What was once a marvellous display of human’s indifference towards nature and the laws of physics, has become almost commonplace in our modern society. At any given time there are roughly 5000 commercial airliners in the sky, with the heaviest air traffic day being August 5th, 2016 where 1.5 million people rode upon over 12,000 planes at one time. Basically, flight has become so prevalent that it can actually be someone’s preferred method of travel and our entertainment industry hasn’t ignored this fact.  Planes serve as settings for movies of all sorts of genres, the act of careening through the clouds has been the subject of poems, and lyrics about planes and soaring have accompanied tunes for decades.  It really shouldn’t be a surprise that comic books, a medium where every other character has the ability to fly, has a lot to offer for fans of flying.

Here are a couple of recommendations for flying enthusiasts who are new to comics. Enjoy.

Skyward is, on the surface, a fairly standard action/adventure story with a young woman uncovering a secret plot and her journey to stop it. But, what makes this such a unique comic book is its setting.   Skyward takes place on a version of Earth where one day the gravity was diminished to a fraction of what it normally is.  This allows people to essentially fly.  But, it also creates a new level of peril as it’s possible for people to go too high and not be able to come back down.  This dynamic makes the story not just about one person’s journey to uncover secrets and stop bad guys, but also about a society that is no longer tethered to the ground and how social dynamics change and contort with this new paradigm.  Also, there’s just a lot of cool action that plays with the low gravity stuff in this series, which is now complete and can be read in its entirety.

Aces High was originally published in 1955 by a company called EC Comics (yes, EC not DC). It was an anthology series that ran for 5 issues with four separate stories in each issue. The primary focus of these stories were airmen in World War I and World War II, as well as other members of the various air forces that participated in these wars. While a lot of comics focusing on the military at the time had a nasty little habit of glorifying the concept of war, Aces High had a mostly anti-war stance and it presented this by being very focused on the pilots as people rather than just as bit players in a bigger scheme. That’s not to say that there isn’t plenty of high flying action and shenanigans to be seen here, because that is in here in spades (see what I did there?). This also acts as a nice little look into the history of comic books, as well as a similar starting point for a lot of readers who grew up during this time. This is another series that has been collected into a single volume, which makes it a great addition or start to a bookshelf or online library.

Did you check out any of these recommendations? Do you have some suggestions of your own? Let us know in the comment section below.