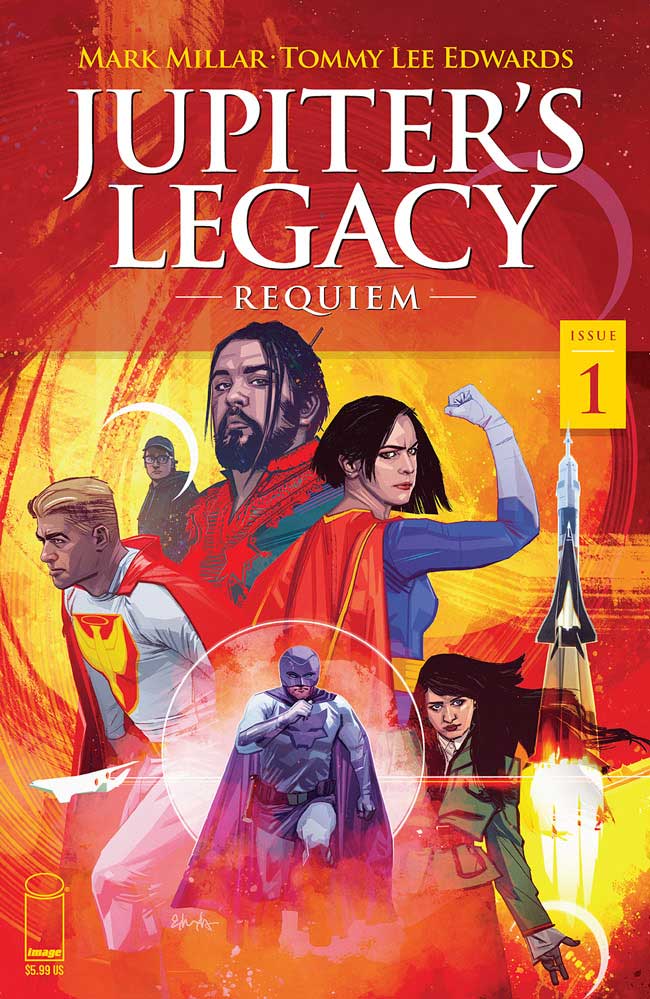 Image Comics has announced Jupiter’s Legacy: Requiem, that will pick up story threads from the upcoming Netflix series.

Mark Millar returns to the series, with Tommy Lee Edwards doing the art.

In Jupiter’s Legacy: Requiem, Chloe and Hutch have gotten married and had more children. The superheroes are working in harmony with humanity and creating a perfect world. But all is not well in the Garden of Eden as the Sampson family gets ripped apart and the secrets of the Netflix show’s mysterious island begin to be revealed.