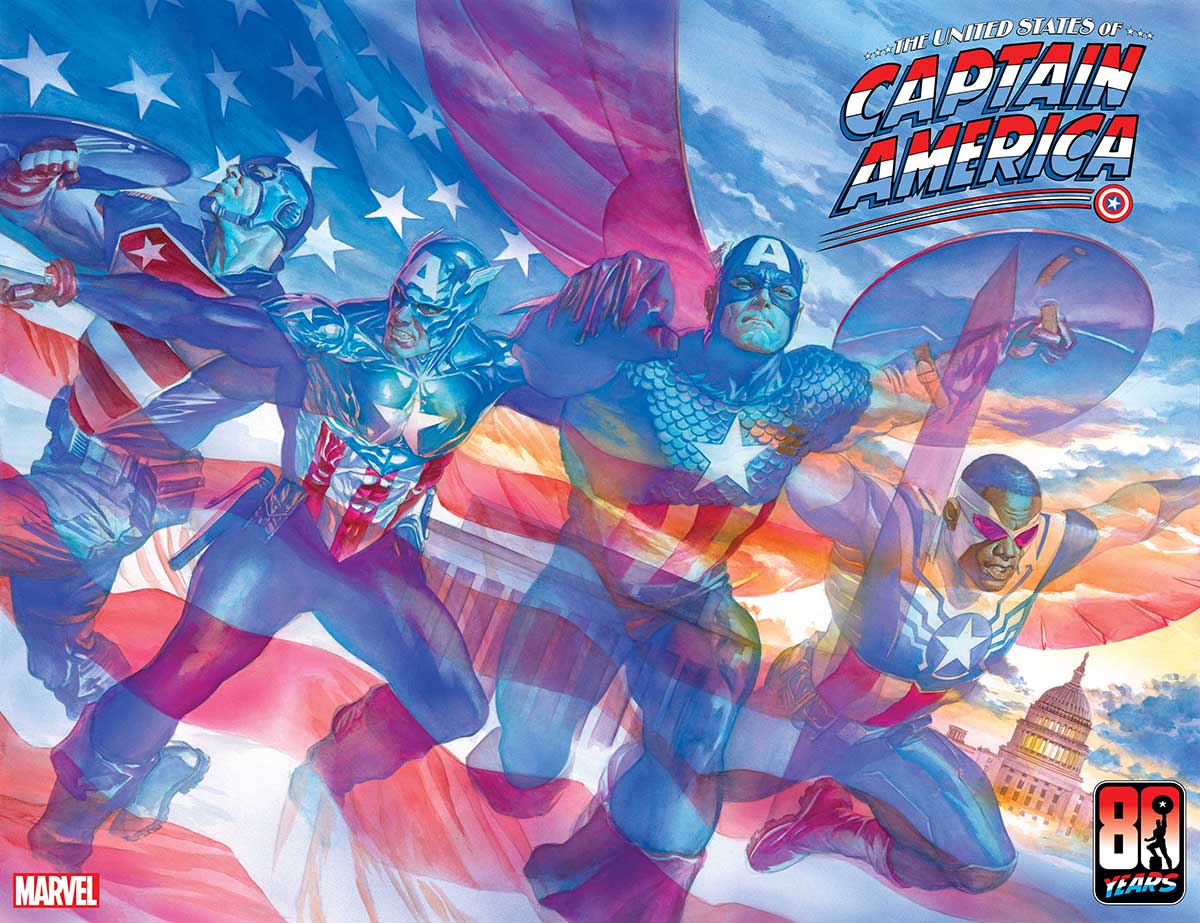 The United States Of Captain America will celebrate the character’s incredible legacy by bringing together various Captains America from throughout the years for a grand adventure to find Captain America’s missing shield and solve the mystery of his masked thief’s plan. Along the way, fans will be introduced to fascinating new heroes who have been inspired to follow in Steve Roger’s footsteps. Joining Cantwell and Eaglesham will be an all-star lineup of diverse and extraordinary creative teams who will dive even deeper into the origins and motivations of these new shield-bearers in special backup stories, starting with a revolutionary tale by writer Josh Trujillo and artist Jan Balzadua. This intriguing examination of the very concepts that define Captain America will explore the powerful impact the hero has had on the world outside your window.

The incredible saga kicks off when Captain America’s shield is stolen. No one understands the value of the shield like those who’ve wielded it, so Steve Rogers and Sam Wilson set out on a road trip across America to chase down the thief. But instead, they find the Captains, everyday people from all walks of life who’ve taken up the mantle of Captain America to defend their communities. And for some reason, the shield thief wants them all dead. Can Sam and Steve get to them first?

“It’s an incredible gift and definitely a creative challenge to take on the character of Captain America, especially during these unprecedented times in our country’s history. With this miniseries we’re hoping to explore what the idea of Captain America means at this precise moment—not just on the grand stage of the world—but to everyday and often overlooked communities throughout the United States,” Cantwell explained in press release from Marvel Comics. “This story is ultimately structured like a “road movie,” harkening back in ways to old Bob Rafelson and Hal Ashby films, with Steve Rogers (and soon Sam Wilson, and later… other key members in Steve’s life) getting to directly interact with those he represents as a symbol and has sworn to protect, but in an up close and personal way he hasn’t experienced in a while. I’m extremely excited to show how the idea of Captain America has been conceptualized and translated by various groups in the country, and for me the juice of the story is Cap reconciling so many interpretations OF himself WITH himself, both as a person and as an icon. This kind of cross-country epic is uniquely American and seems like a fantastic way to celebrate the character’s legacy right now.”

The United States of Captain America arrives on June 2, 2021.