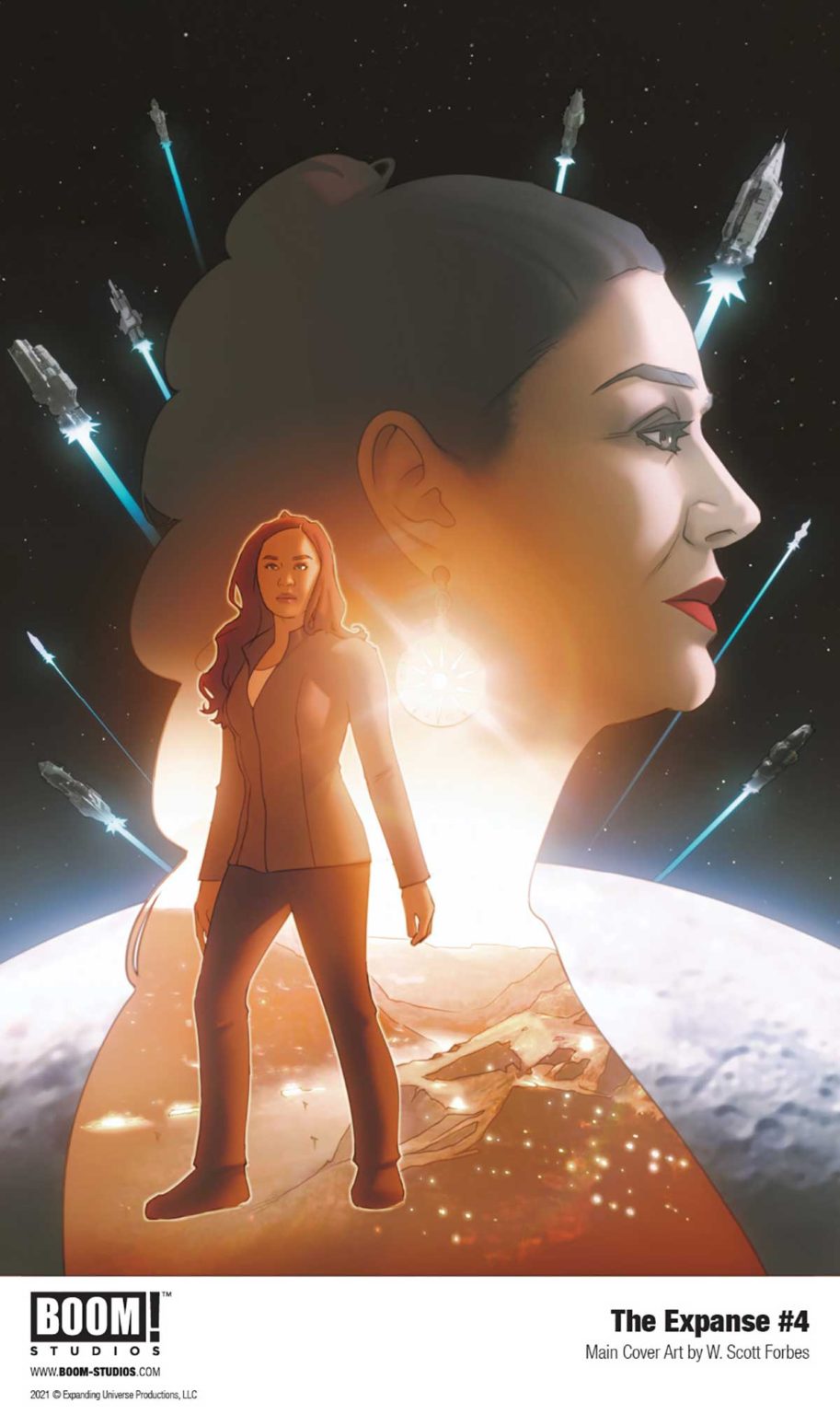 BOOM! Studios has released a sneak peek of The Expanse #4 ahead of the March 17th release.

Bobbie and Avasarala make their final moves in the battle to save humanity, but any victory may come with a cost neither of them is ready to pay.

The Expanse #4 is the final issue in the mini-series, and is written by Corinna Bechko, with art by Alejandro Aragon.