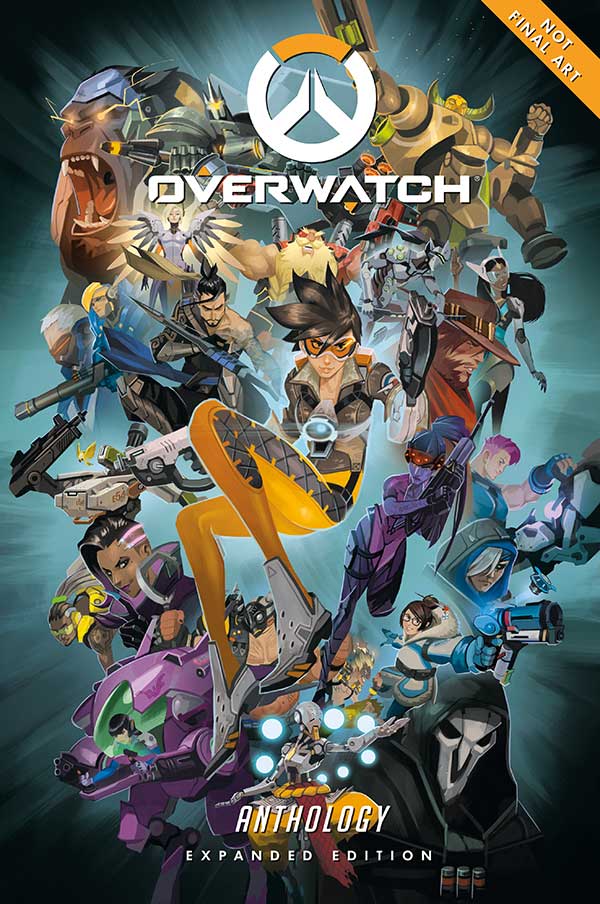 In this exciting comic series, explore the backstories and motivations behind Overwatch’s most popular heroes—from Ana to Zarya! This updated hardcover anthology now collects all of Blizzard Entertainment’s existing digital Overwatch comics from an all-star lineup of creators, including Ryan Benjamin, Matt Burns, Robert Brooks, Micky Neilson, Nesskain, Bengal, and more. Whether you’re starting in bronze or a Grandmaster, this expanded anthology adds over fifty pages of new comics and behind the scenes content, making it an essential companion to the Overwatch universe!