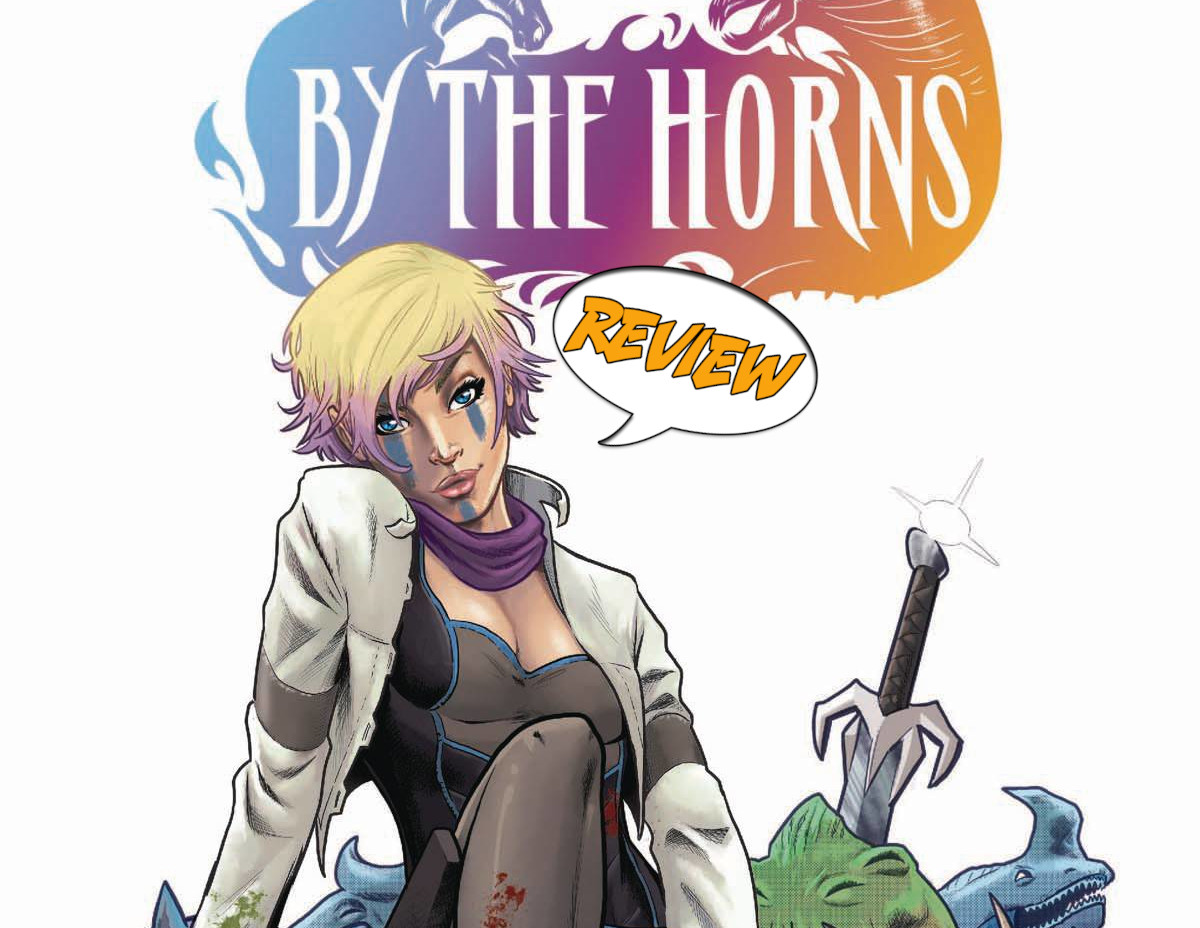 Elodie hunts unicorns. After they trampled her husband, she has dedicated her life to tracking and killing monsters! Check out By the Horns #1 by Scout Comics to see where her quest of revenge takes her! 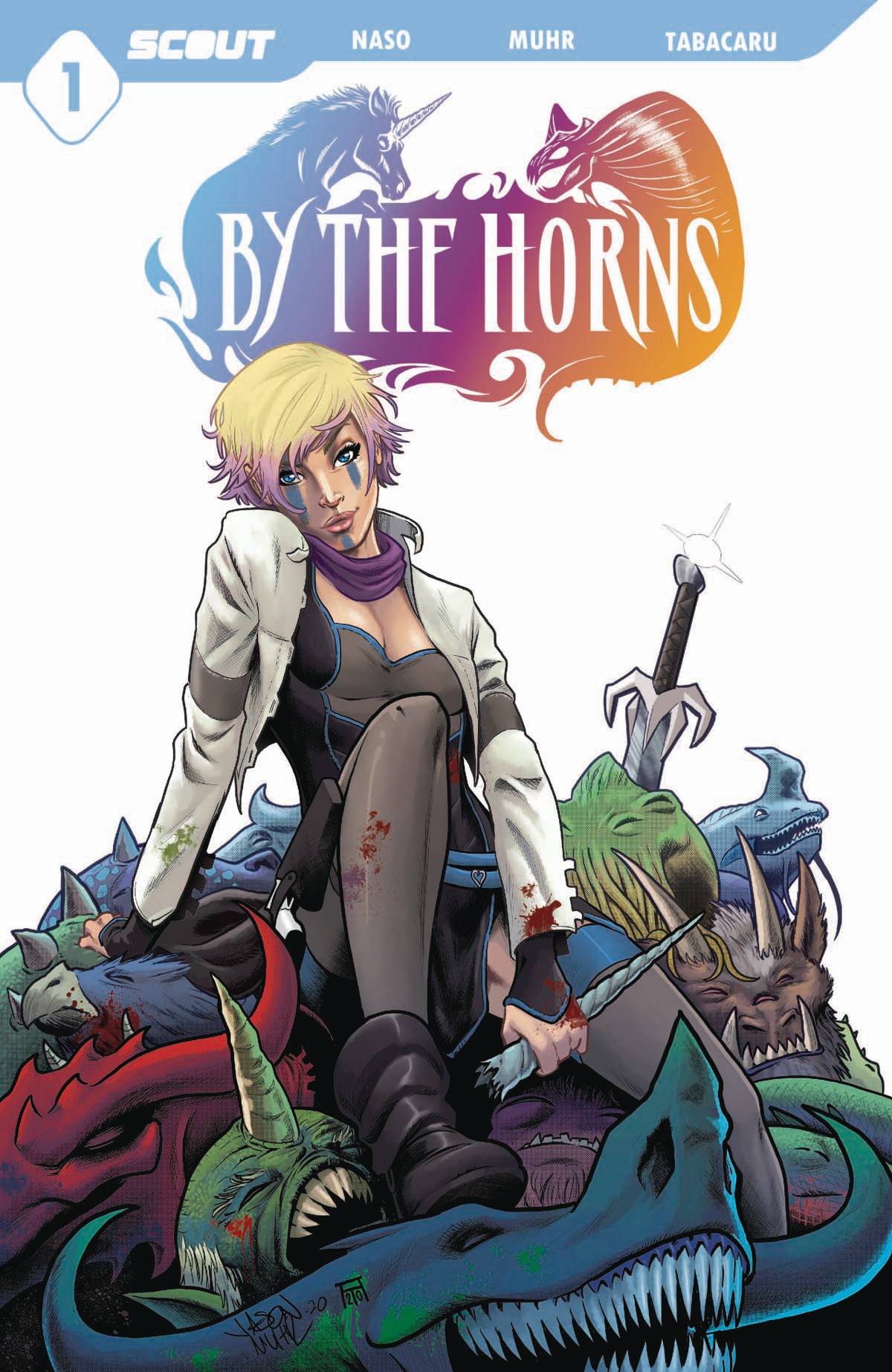 Previously in By the Horns: Elodie is from the city of Wayfarer and is a monster hunter. She travels with the continent of Solothus with her half wolf/half deer companion, Sajen. However, it is difficult to find a lead on where the unicorns actually are.

Elodie is a monster hunter from the small farming town of Wayfarer. However, she has spent more time hunting monsters and making “Monster Soup” then doing her duties to the town. In fact, since she hasn’t been doing any of her chores, which is causing other people to pick up her slack. The village elders thus rule that she must spend a year in exile. Elodie and her companion Sajen begin a quest of revenge. For a few months, she has killed any monster that dared cross her path.

Elodie arrives in the town of Lycus, where she picks up a clue on her unicorn hunt. Apparently, the town is being held hostage by a wizard. And the wizard is in possession of two unicorns.

The setting is interesting because on paper, it appears to be fantasy. And then you see something that looks like a hover-cart within the first few pages. Later you see these fantasy-esque knives and swords but then Elodie pulls out what looks like a pistol? Which seems interesting that such technology exists, but monster hunting is still a problem. These kind of questions makes me want to learn a little more about the setting and figure out what is actually going on.

I admit, the characters in this first issue seems a little flat. Elodie is portrayed as a protagonist looking for revenge and little more. She had a life before her husband passed but we don’t really get a glimpse of it. I would be interested in exploring that theme a little more.

I enjoyed the story quite a bit and this has a potential to be a really good title. There were a couple of design things that make the words seem a little odd, but that might have just been my review copy. Despite that, I think this book is a solid 3.5 out of 5. Hoping to see more character development in future issues.

By the Horns tells a classic story of revenge and places it in a unique and engaging setting. Lots of good ideas coming from this book.