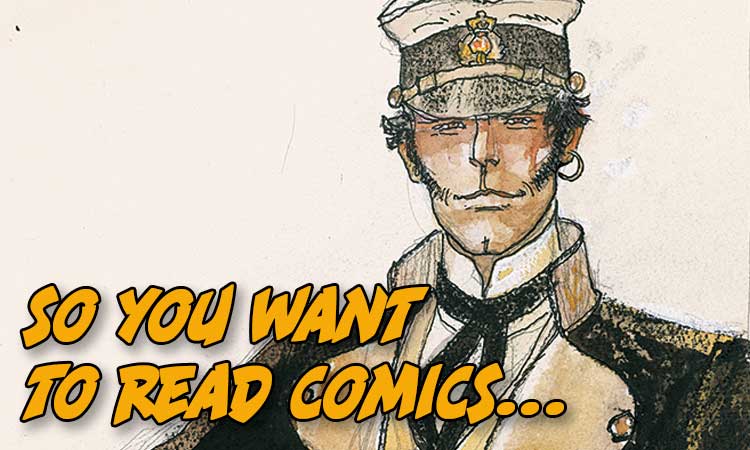 So You Want to Read Comics: Sailing Edition

Avast! We’re setting sail with this week’s “So You Want To Read Comics”, our weekly feature where we take a look at a single topic and then offer up some comics recommendations for new readers, based on that topic. This week we’re taking a look at the ancient art of sailing.

With the first mention of sailing in a popular media dating back to 3500 B.C. via an Egyptian vase, sailing has long been a part of the public consciousness. The act of sailing has sparked harrowing tales of men and women fighting against gods and primordial forces alike, gruff heroes taking on the impossible vastness of the oceans with nothing but their vessels and wits, roguish pirates thumbing their noses at civility, for millennia.  There’s something truly alluring about setting sail, riding above the waves and seeking out new lands on far away shores and it’s that appeal that has led creators to set their tales upon the seas for so long, this includes comic book creators.

Here are some suggestions for lovers of the sea, yet newcomers to comics.

You can purchase this title via the comiXology affiliate link

Mixing a pirate story with a hefty serving of fantasy and myth, Cursed Pirate Girl becomes something akin to Alice In Wonderland set upon magical seas.  Cursed Pirate Girl tells the adventures of a young cursed woman who has set out on the treacherous seas in search of her father. There’s no shortage of stories that try to wedge a magical aspect into a historical tale, but rarely does it feel completely natural or fitting.  That’s not the case here. Cursed Pirate girl excels by forcing the seas themselves to pull double duty: First it’s mysterious nature is used to bring about the more fantastical elements of this series, then secondly as a symbolic entity representing the massive adversity our hero is willing to overcome to achieve their goals.  On top of all this, this book manages to put itself in that coveted age range where there’s enough sophisticated themes that teenagers will be entertained but not so far that it becomes a mature audience focused book.

Corto Maltese is one of those legacy titles that tends to pop up especially when the comic book medium is spoken in a historical context.  For good reason.  Corto Maltese is originally an Italian comic book that depicts the various tales of Corto Maltese, a daring and handsome swashbuckler, who’s only desires in the world are freedom and adventure. He is also joined with a colorful crew each with their own anti-establishment angle.  Their stories truly capture and represent the idea that the ocean is for everyone and anyone who is willing to set aside their fears, cut ties with their old life, and embrace an untethered life. It’s the classic romantic imagining of the good looking, virtuous sailor archetype.  Now, being that it’s originally an Italian book, it wasn’t always easy to find English translations of these books, but recently IDW Publishing has republished these stories in English so now is the perfect time to dive into this classic series.

Do these recommendations pique your interest? Do you have some suggestions of your own? Let us know in the comments section below.