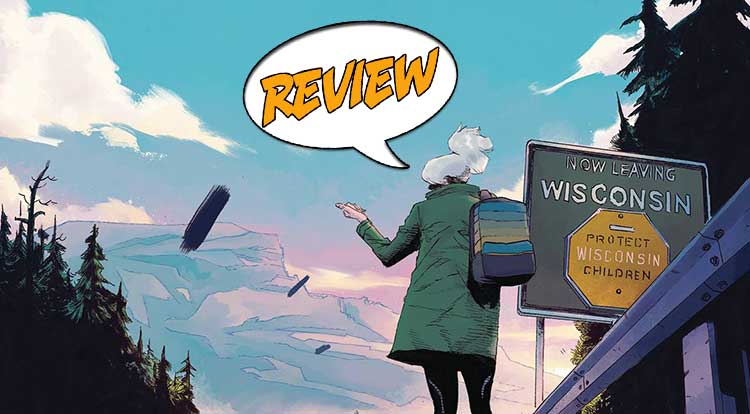 Something is Killing the Children #15 Review

Erica has killed the monsters in Archer’s Peak, but what will the Order do to the people in town…and to her? Find out in Something is Killing the Children #15 from BOOM! Studios.

SOMETHING IS KILLING THE CHILDREN #15

Previously in Something is Killing the Children: We learn the secret of the Order’s stuffed animals. These hold their monsters, the ones they encountered when they were children. But, being a monster, it has the power to take on the form of James’ monster, so Erica uses it to better understand what she is hunting. Cecilia’s White Masks take over the school and prepare to kill everyone to cover up what has been happening in Archer’s Peak. Tommy offers to give himself up and confess to being a serial killer in order to spare everyone else, including his mother. And Erica fights some monsters.

GONE, BUT WITH LINGERING WOUNDS

Something is Killing the Children #15 opens after Erica’s fight. Bloody and aching, she slowly makes her way back to the house, and James and Bian. She cleans herself up a little and, as she sinks to the kitchen floor in exhaustion, asks for her backpack. She pulls out her phone, calls the Order, tells them the brood are all dead, and requests that they call Cecilia off.

Sure enough, in the next scene, Cecilia gets a call and tells her people to stand down. But Tommy has already confessed. Cecilia suggests to the Sheriff that he arrest him. If he makes sure everyone at the school understands – and the undertone is that they accept this story – this will end; the school will get money; their cell phones and cameras will be destroyed.

A week later the TV news is full of the revised story featuring Tommy as a mass murderer. His arc is heroic, yet deeply tragic. It’s the ultimate version of the trolley problem.

Before Erica leaves Archer’s Peak, the leader of the House of Slaughter comes to see her. He reminds her of a time when she was very young in the Order, ran away, and intended to catch a bus to Orlando. This is when she was urged, by someone now dead in the course of the job, to learn everything she could to save children. The conflict comes in that Erica feels other members of the order don’t care enough, and the leader wishes she could show more discipline. But Erica doesn’t like situations where there are deaths with no closure.

But with Aaron now dead, Erica could now be one of the heads of the House. She is offered this as a chance to change the system, but from within. But is that ever good enough? When a system is that tightly run, can it possibly change with any speed?

I like the way this issue closes the story. After a truly harrowing experience, we get some closure. And James does as well, with the opportunity to get a fresh start in a new town. It’s a quietly hopeful ending rising from an extended period of trauma.

Something is Killing the Children #15 opens with a powerful full-page panel of Erica after her fight. As the book has progressed, we’ve come to see her as more than just a powerful monster-killer. This is a job that takes its toll on her, little by little, monster after monster. She cannot get away from it, and she has set her own standards so high that there is no one who can live up to them and help her. She is pulling deep from her reserves, and we wonder whether she has enough to keep going, especially if she goes on her own.

Even without action, there is so much drama. I think that all the loose ends we’ve seen during this time in Archer’s Peak have been tied up. While there is the net positive that not everyone in town was killed, this is still not a happy book. Tommy’s mother is a case in point. She has lost both Sophie and now Tommy, and she looks so empty. James, too, has been through a lot. It’s powerful to see that, with all of this over, he looks almost stunned. The portrayal of the effects of trauma in this book have a starkly real feel.

As the finale to the story, Something is Killing the Children #15 is powerful. I like the recognition that the death of the monsters is not the end; it is a stopping point along the way. Like a metaphor for life, difficulties do not end tidily. But perhaps they can be survived.

Something is Killing the Children #15

The monster brood dead, Erica is faced with another difficult decision.