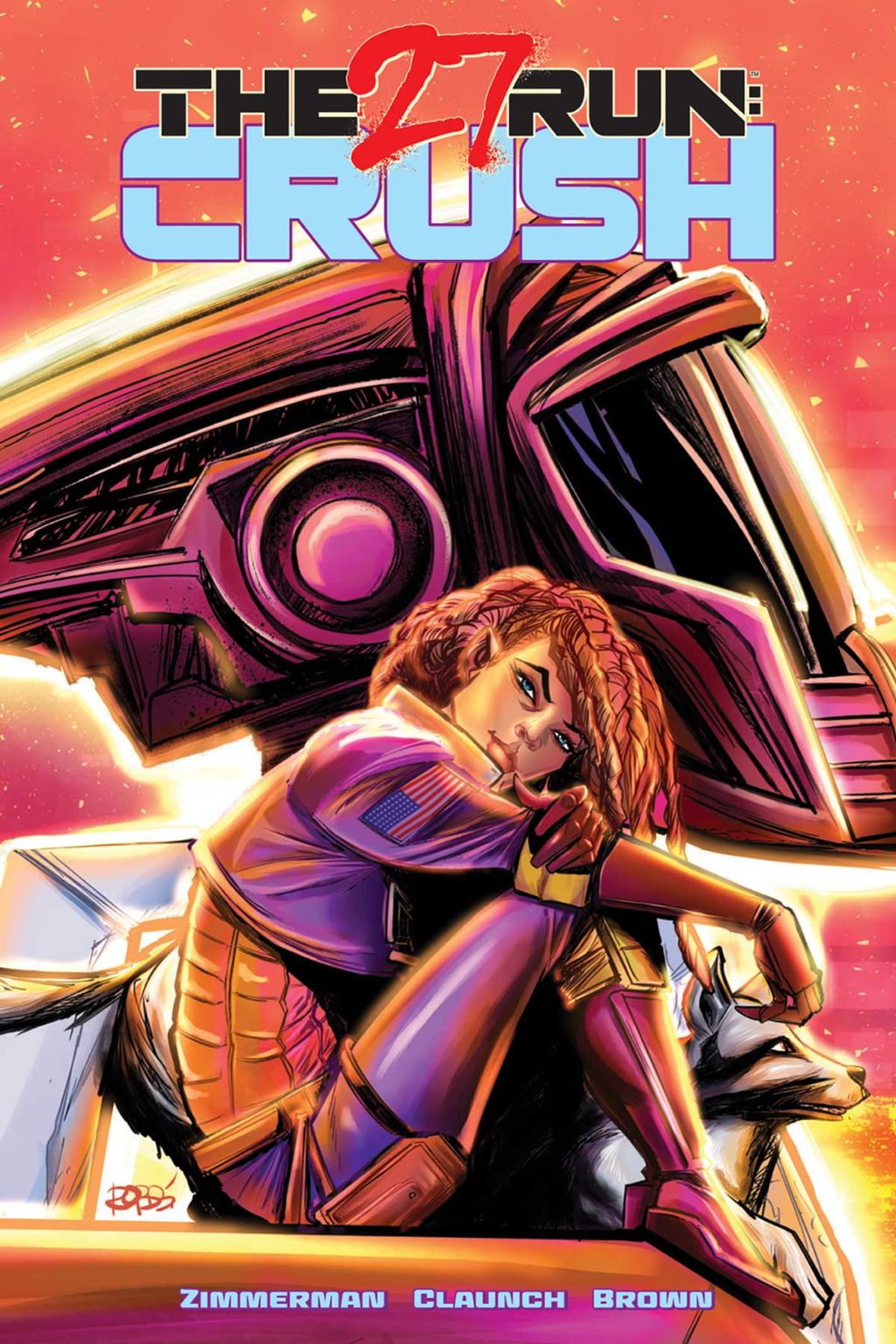 In The 27 Run: Crush, Justin Zimmerman throws gundam battle suits, giant monsters, alien invasions and more at readers. Take the jump for a sneak peek of the issue from A Wave Blue World.

When they throw out a distress call to no one as they give up hope and go down fighting, the most unexpected thing happens in an already very unexpected day: someone answers. There’s another mech out there! Now Beti faces an even bigger challenge as a long-lost love returns . . . and he’s brought one of The 27 along for the ride!

Filled with jaw-dropping visuals and laugh-out-loud comedy, CRUSH picks up where THE 27 RUN left off, with a new hero, a bold new direction, and a ton of heart as humanity makes its final stand!