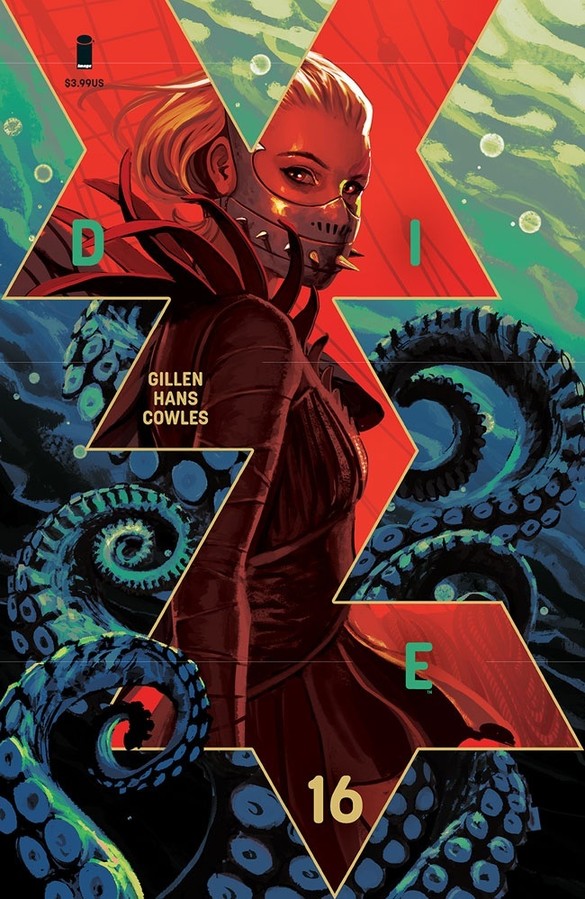 The bestselling series Die by Kieron Gillen and Stephanie Hans was honored this week with the 2020 British Fantasy Award in the “Best Comic/Graphic Novel” category. The award has been handed out annually by the BFS beginning in 1972 (first named The August Derleth Fantasy Awards until 1976), with the society’s membership deciding on the initial shortlist, before turning the nominees over to juries for a final deliberation. This is the fourth time in five years that an Image Comics series has won in the category. Previous Image titles that have taken home the award for this category include Marjorie Liu and Sana Takeda’s Monstress volumes one and two, Kelly Sue DeConnick and Valentine DeLandro’s Bitch Planet, and Brian K. Vaughan and Fiona Staples’ Saga.

Die has consistently held a seat as one of the top selling Image Comics series with multiple sell-outs at the distributor level and regular reorder activity that’s skyrocketed with each new installment’s release. Perhaps best described as Jumanji with goth sensibilities, the series has stolen headlines since its launch for ushering in a new trend in RPG themed storytelling.

The series enters its final story arc—titled “Bleed”—this May with the release of Die #16. Now is the perfect time for new readers to pick up Die volumes 1-3 available in trade paperback and catch up in time for the highly anticipated new story arc.

Die #16 will also be available for purchase across many digital platforms, including Amazon Kindle, Apple Books, comiXology, and Google Play.