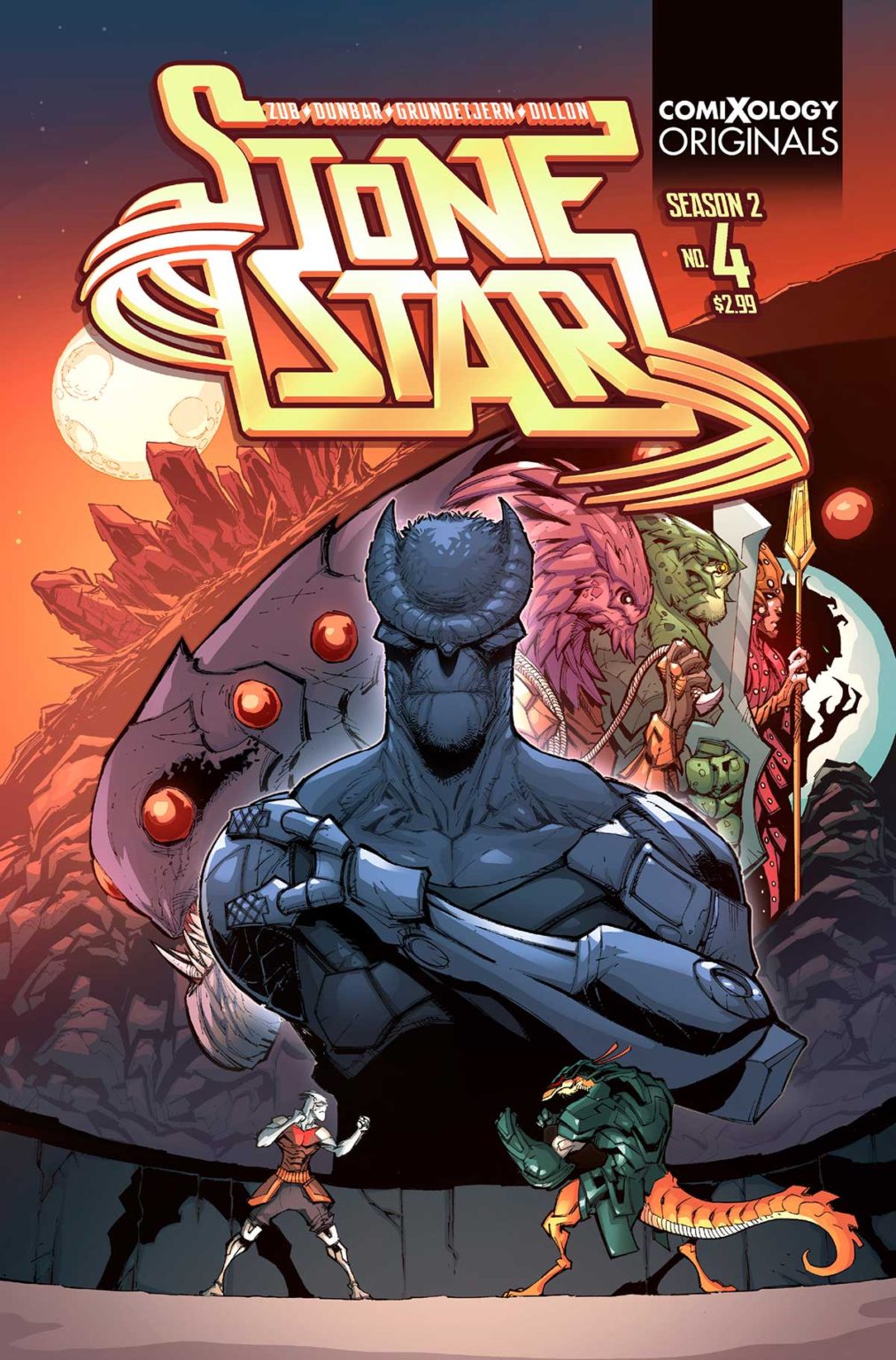 The nomadic space station called Stone Star brings gladiatorial entertainment to ports across the galaxy. Inside this gargantuan vessel of tournaments and temptations, foragers and fighters struggle to survive. A young warrior named Dail has been drawn into the ring and is trying to prove himself in the Grand Arena, but there are forces on the station determined to see him destroyed as revenge for his father’s fighting legacy.

Stone Star is an action-adventure spectacle bursting with colorful characters and pulse-pounding action! Grab your weapons, gritters, and join the fray!