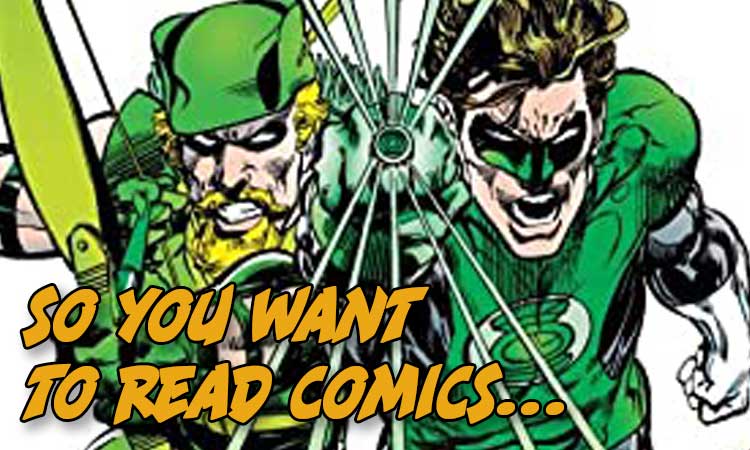 So You Want To Read Comics: Road Trip Edition

Time to put it in gear because it’s time for “So You Want To Read Comics”, a weekly feature where we focus on a single topic and then offer up some comic book suggestions for new readers, based on that topic. This week we’re taking a look at that great tradition, the road trip.

Ever since the invention of the automobile, a certain amount of romance has been attributed to the act of driving them, especially long distance. Jack Kerouac defined the beatnik culture with his road trip novel On The Road, Burt Reynolds helped turn truck drivers into folk heroes in Smokey and The Bandit, and Tom Green licked a mouse in Road Trip. The act of driving a long distance and finding adventure along the way is a modern mainstay in all forms of media and you best believe that includes comics.

So, without further ado, here are a couple of recommendations for new comic readers who also love a good road trip.

While ideally a good road trip is about getting out and seeing something at a reasonable pace. But sometimes, it’s about getting away. Here in Are You Listening? We see two women both with a myriad of things inside eating at them and it’s only as they journey through the Texas countryside that becomes more surrealistic as they go, are joined by a strange cat, and face dangers together do they start to come to terms with the things that had sent them running in the first place. This graphic novel is written by Tillie Walden who has already won multiple awards and has garnered a lot of attention even though she’s a relative newcomer to the comic book world, so any of her books would be a good introduction, Are You Listening? Is the one that captures that therapeutic, magical, and dangerous feeling that only a much needed road trip can offer.

You can read this issue via the comiXology affiliate link

We’re going back for this one, but for good reason. The stretch of comics contained in this collection has maybe one of the most influential road trips in comic book storytelling history. Up to this point, both Green Lantern and Green Arrow were relatively run-of-the-mill superheroes who punched bad guys once a month and not much else. But, having been inspired by the movie Easy Rider, Dennis O’Neil and Neal Adams decided to take these two on the road in order to address issues like poverty, racism, drug abuse, and other social problems in ways that a lot of popular media just wasn’t doing at the time. Now, of course this comes from the early 1970s, so not all of these issues are dealt with the same nuance as you might expect, but nonetheless this series helped established comic books as a medium capable of addressing timely issues and it did through the use of a road trip. For those of you worried about needing to know a lot about these heroes to get into this story, don’t worry too much about that, everything you need to know about these characters to enjoy this is explained in the first handful of pages.

So, what do you think? Will you be hitting the road with these recommendations? Do you have some suggestions of your own? Let us know in the comment section below.