BOOM! Studios has released an early look at the upcoming Abbott: 1973 #3 by Saladin Ahmed and Sami Kivelä.

The dark forces terrorizing Detroit have struck Elena Abbott where it hurts most…and she’s going to strike back. But even after pulling together an uneasy alliance with the last people she expected, Abbott is about to learn her enemies are one step ahead of her… and it might cost her the person she loves most. 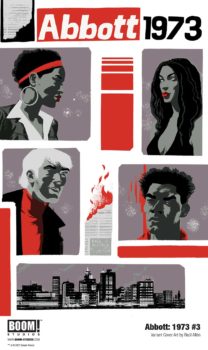 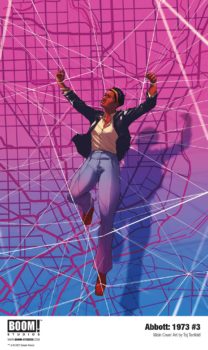 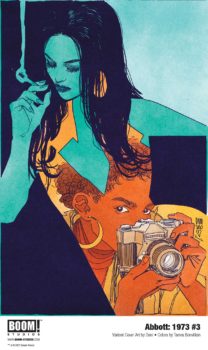 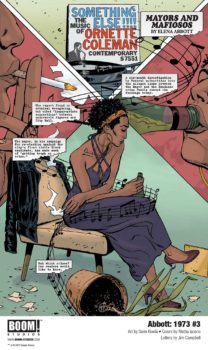 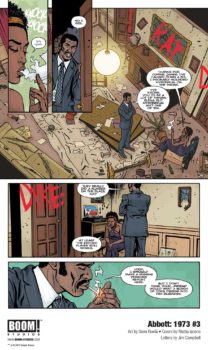 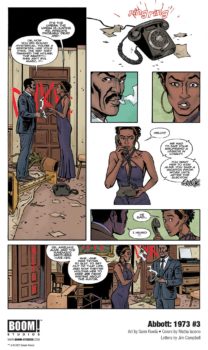 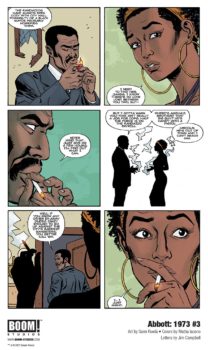 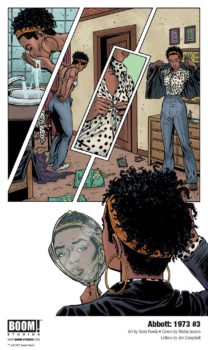