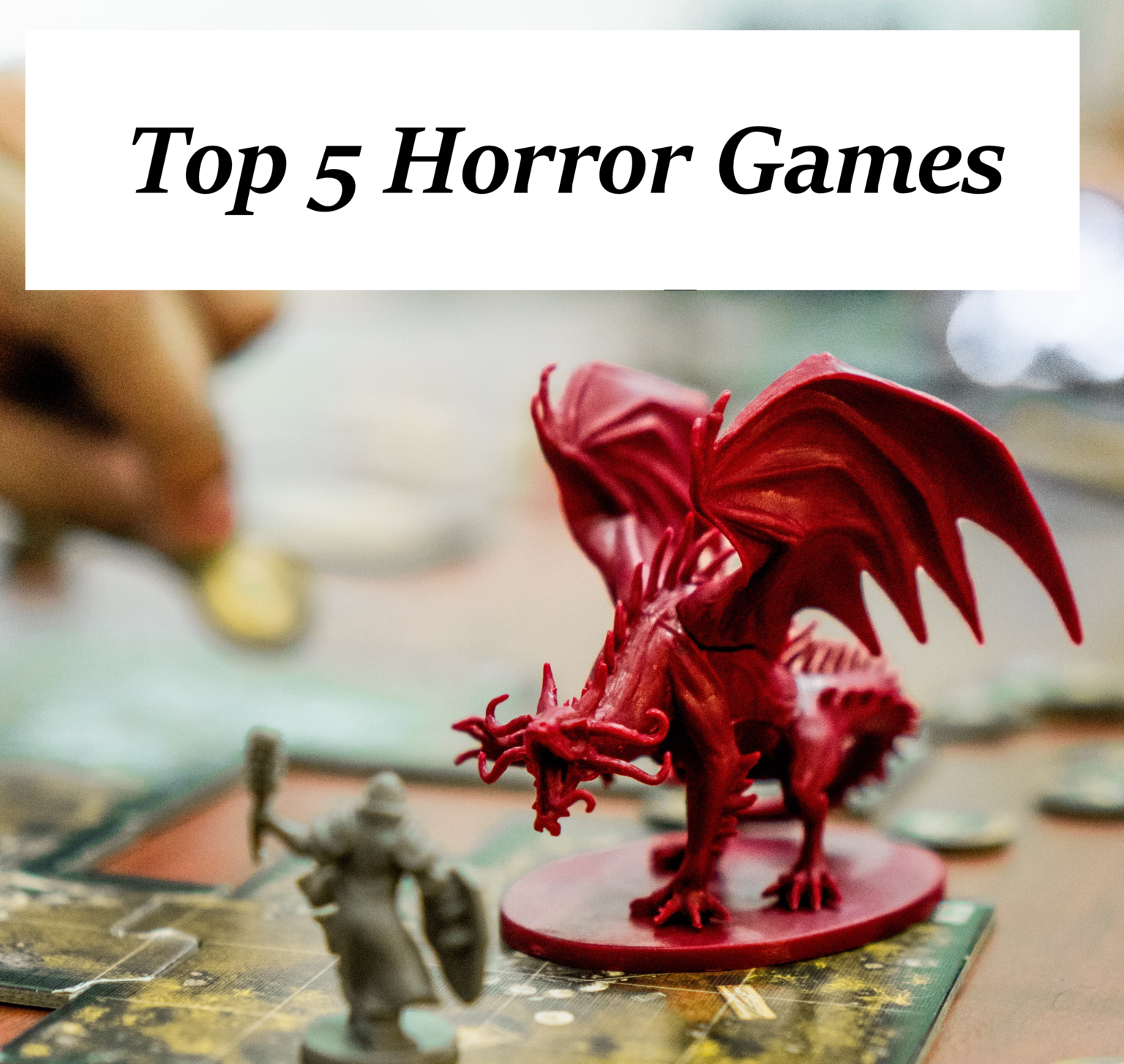 The horror genre has been around for decades. But in your tabletop game are you willing to investigate those monsters under your bed? Let me tell you my top five choices for horror tabletop games in this week’s TTRP Corner.

Sometimes, we just need a little scare. Something that keeps up on the edge of the seat as we figure out a mystery or supernatural ordeal. However, when playing a system, you want mechanics that truly support the fear that you are portraying through your characters. As an aside, these choices are my opinion, and I haven’t played every single game out there. However, I have found these five systems to be solid in what they are trying to do and what I am looking for in a game. When this game first came out, it took us away from cards and dice and showed a new way to experience a game. Published by The Impossible Dream, it challenges players not with luck but with steady hands. The concept is that when your character tries a challenging action, you take a block out of a Jenga tower. As players do more and more actions, the Jenga tower’s stability slowly begins to deteriorate. When the tower falls, something bad happens to the character. Usually death.

The system doesn’t have a defined setting, so it allows you to take the ideas here and play any sort of thing you want. But it really lends itself to horror. Imagine that you are running a game and running from a serial killer and the DM calls this a challenging action. The tower is already flimsy, and you must pull the block out slowly or else it could mean the end of the character. That suspense adds a real-life element to a fictional storytelling game, and I think it is influential to modern tabletop mechanics.

You can purchase Dread here.

The setting features a world where the reality around you is a lie and your PC’s get a glimpse of the real world. And this real world is horrific. Kult: Divinity Lost was based on the setting of the 1991 game “Kult” but has since gotten a complete ruleset change. The new system features a d10 variant of the Powered by the Apocalypse system. It also features a “Mental Balance” mechanic that allows you to get closer to equilibrium or drive you to insanity. On top of that, sometimes you can break through the veil and become your true self. I like systems where you can’t simply trust the world around them. That adds a real element of stress and horror. This allows a good GM to subvert expectations and keep players on their toes.

You can check out the website and the product here.

MY LIFE WITH MASTER

From Half Meme Press, this game features a new kind of concept. You aren’t playing a protagonist, but rather a minion. And players must sort of figure out why they are serving an evil master. In character creation, the player isn’t just creating their PC but also the master they must serve. Players then can attempt to go against the will of their master or even succumb to his whims even more. What interest me here is the moral quandary of figuring out why the minion for them in the first place. However, the horror aspect is going to depend on how grim your party is willing to go.

Check out the game at Half Meme Press’ website. 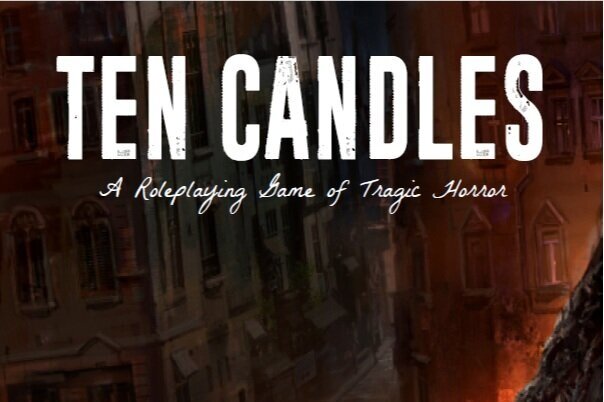 This one is a little depressing. The game isn’t so much about dealing with an evil but more about accepting your own death and trying to make the world a better place. Each player is supposed to have Ten Candles surrounding them. As a scene concludes, the player must blow out a candle. After all candles are blown out the character dies. During character creation, you are trying to create an ambition for the character to complete before his death. It is grim but good for a one-shot.

Ten Candles is published by Calvary Games. Check it out here! 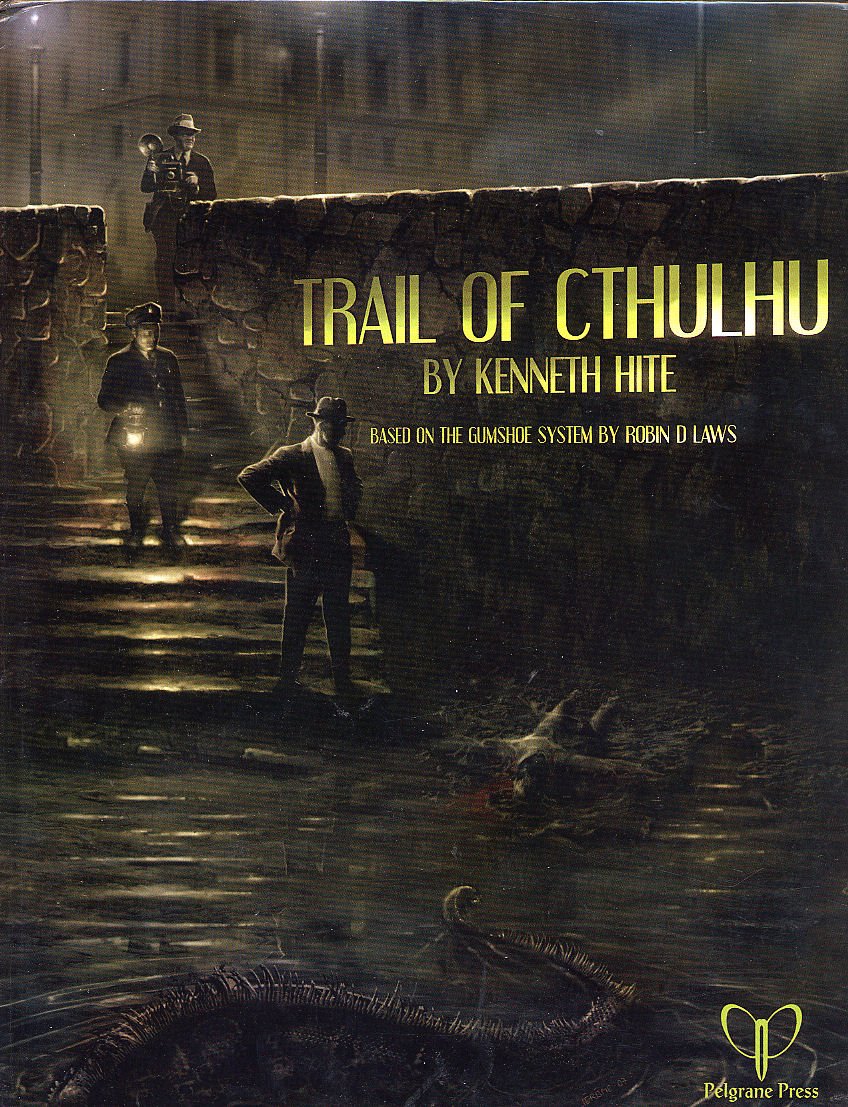 I figured I would have to put a Cthulhu game here. Cthulhu systems are all about the slow burn as your character goes into insanity. Unlike the original, this system uses the Gumshoe system which is a ruleset that emphasizes investigation. The intent of the system is not to find clues but how you interpret them. I enjoy this rule system a little more than the original. If you are interested in this title, then I suggest you check out this ruleset for a new interpretation of the classic game!

Unlike other genres, horror done poorly feels pretty awful. In more action-adventure games you can have a bad battle and still pick up the action in the next session. In horror, if you aren’t getting that suspense going from the beginning then the campaign is due to fall apart. The first step for a GM is finding the system that allows their ideas to shine. Let me know your top 5 horror games in the comments!