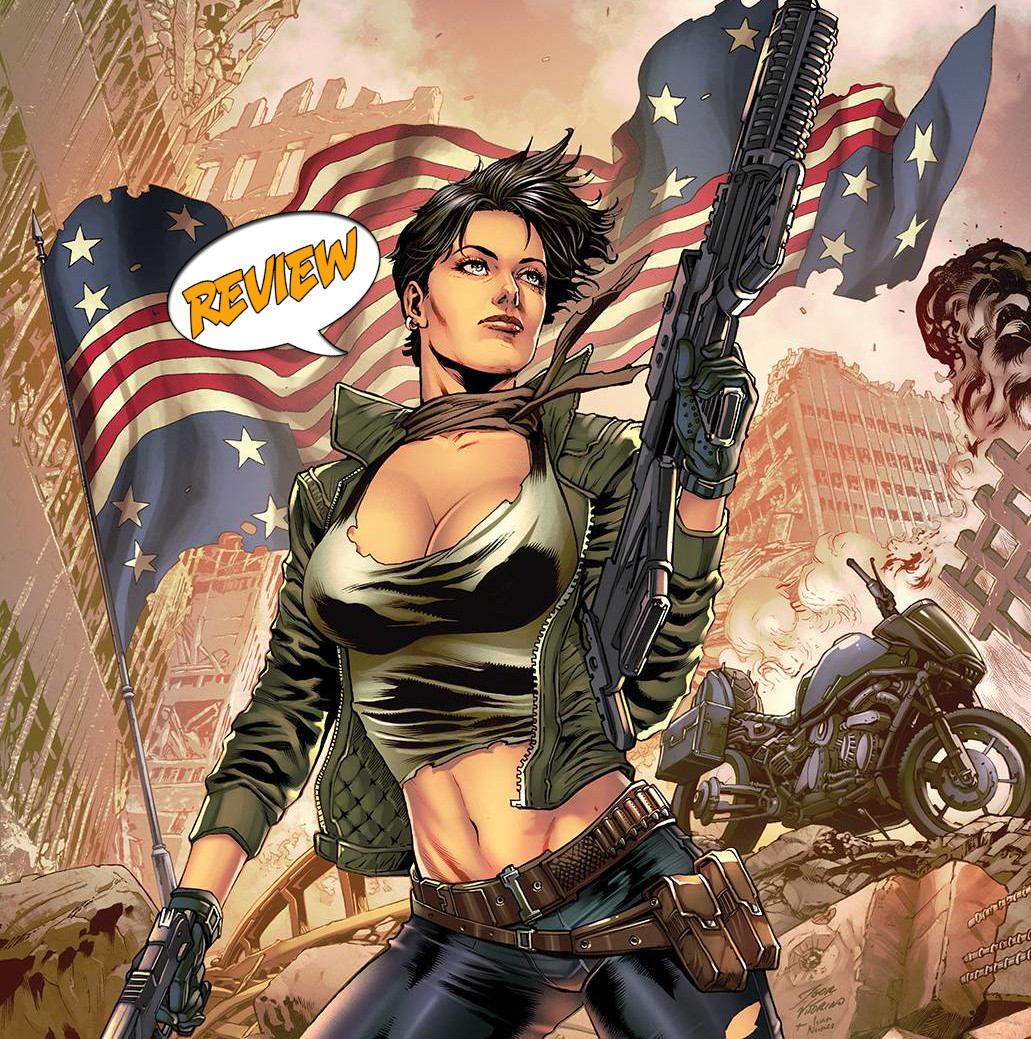 The Courier: Liberty and Death #2 Review

Eve is captured by the man-eating cult known as the Divinity. Will she be able to escape their grasp? Find out in The Courier: Liberty & Death #2 by Zenescope Entertainment!

Previously in The Courier: Eve went back to Liberty after she learned that her brother has gone to work for mob boss Gillings. Eve makes a deal with Gillings to do a job in exchange for keeping Liam safe. Only problem is that the job went wrong, and Eve has been captured by the cult known as Divinity.

FIGHT FOR YOUR LIFE

Eve and Gillings’ men are captured by this cult and brought back to a Divinity Compound. The compound is decorated with dead bodies and roaring fires throughout. The group are taken to see Carver, the Master of this area and they swear to try and get rid of their impurities. This means fighting to the death monsters who are quicker and faster than most humans. Meanwhile, Gillings meets with his sister Ada who admits to calling the Divinity to pick up the package and is the reason why Eve was captured. Gillings resolves to get his men back.

Eve is thrown into an arena and the fight is difficult. They momentarily got the upper hand by catching the monsters off-guard but that was quickly overturned. Most of Gillings’ men are killed in the battle but Eve’s drone is on the way to help.

WHO IS THE MONSTER?

This issue did a lot of cool things. First and foremost, the change of art style is the flashback sequences was solid. I usually don’t like how flashbacks interrupts the narrative but this one done very well. It didn’t feel like it slowed down the pacing at all. Secondly, the story explores the theme of what being a monster is. Because Eve as the protagonist goes very far to stay alive, including biting one of the monsters she is fighting. Watching her blood soaked and finishing this fight was gruesome but it engaged me into the action. The blood act as a representation of her will to survive at any cost and it was a constant reminder throughout the entire fight scene. This is contrasted by seeing a scene in the peaceful city of Liberty. Lastly, we get elements of class warfare where the rich and elite can survive while the poor are playing by different rules. While it was only touched on, it foreshadows what the conclusion of the arc may be about.

I think this book did a solid job representing itself. On paper during a pandemic, this comic shouldn’t work well but it succeeds spectacularly. Eve is a great protagonist and while we mostly get action in this scene, we do know she cares about people and has a stubborn will to survive. 4.5 out of 5 for this one from me. I’ll be sure to pick up the final issue of this miniseries.

The Courier puts Eve in a dire situation, and we must really decide who is truly the monster. The primals or the rich?