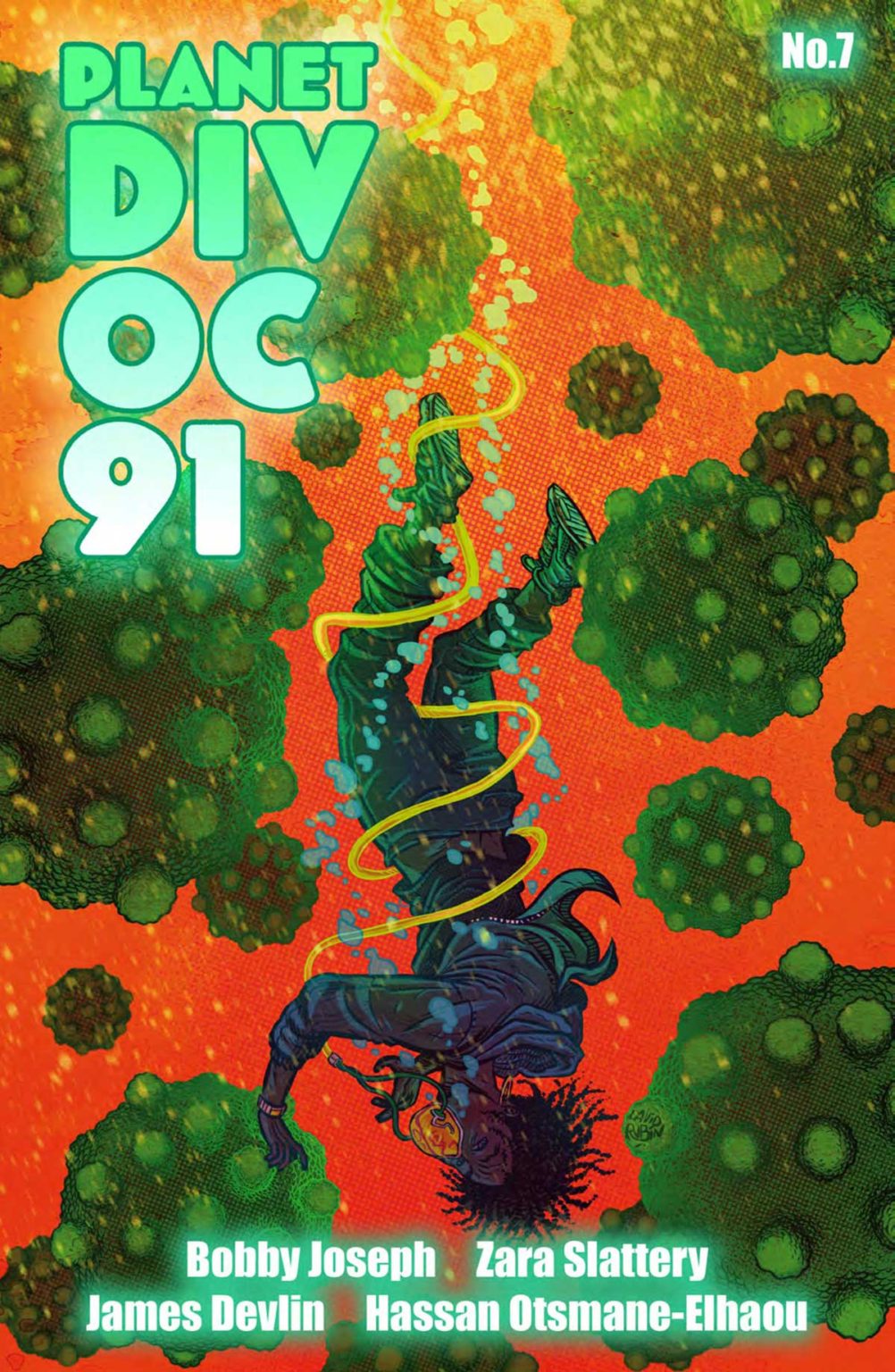 Today we have a first look at the next installment of Planet DIVOC-91 that debuts this week on WEBTOON.

In PLANET DIVOC-91, all young adults between the age of 16-25 have been transported to an earth-like planet which has been terraformed, so that both humans and aliens can breathe the air. Each chapter features the work of a different creative team and cover artist and is interspersed with short articles, links to videos, and other pieces of art by young adults about issues related to COVID-19, and mixes from world renowned DJs and Producers.

PLANET DIVOC-91 follows the adventures of two earthlings: Sanda Oung, a 23-year-old girl from the UK, and Champo Oung, Sanda’s 19-year-old, non-binary sibling. In the series, 15% of the world’s population of 7.5 billion people are now stuck on another planet, miles from the safety of home. Sanda learns that humans have been brought to Planet Divoc-91 because the Earth is at risk of an extinction level event – and young adults have been moved to safety by the Board of Adversity Scientists for Intergalactic Leadership’ (BASIL), led by a charismatic and fearsome alien named ADRO.

In Chapter 7 we journey with Sanda as she experiences an existential crisis. She finds herself in a peculiar universe, surrounded by different versions of herself, parodying the evolution of Black characters in comic book history. Written by Bobby Joseph (Skank/ Scotland Yardie) and illustrated by Zara Slattery (Two Birds, Coma), with a cover by David Rubin and music mix by Angel Ho.

“As a writer, I am very seldom in the comics I write or produce for others,” said writer Bobby Joseph. “The work I create has always been a progressive critique, a snapshot of society at specific points. My motivation as a writer has always been, how does this connect? How does this make people think or feel? When asked to work on this project; it was an opportunity to verbalize the anxieties, fears, and hopes of young people from around the world during this horrendous pandemic. I am very proud to help connect their voices on a global stage.”

You can check out the entire series at the WEBTOON website.