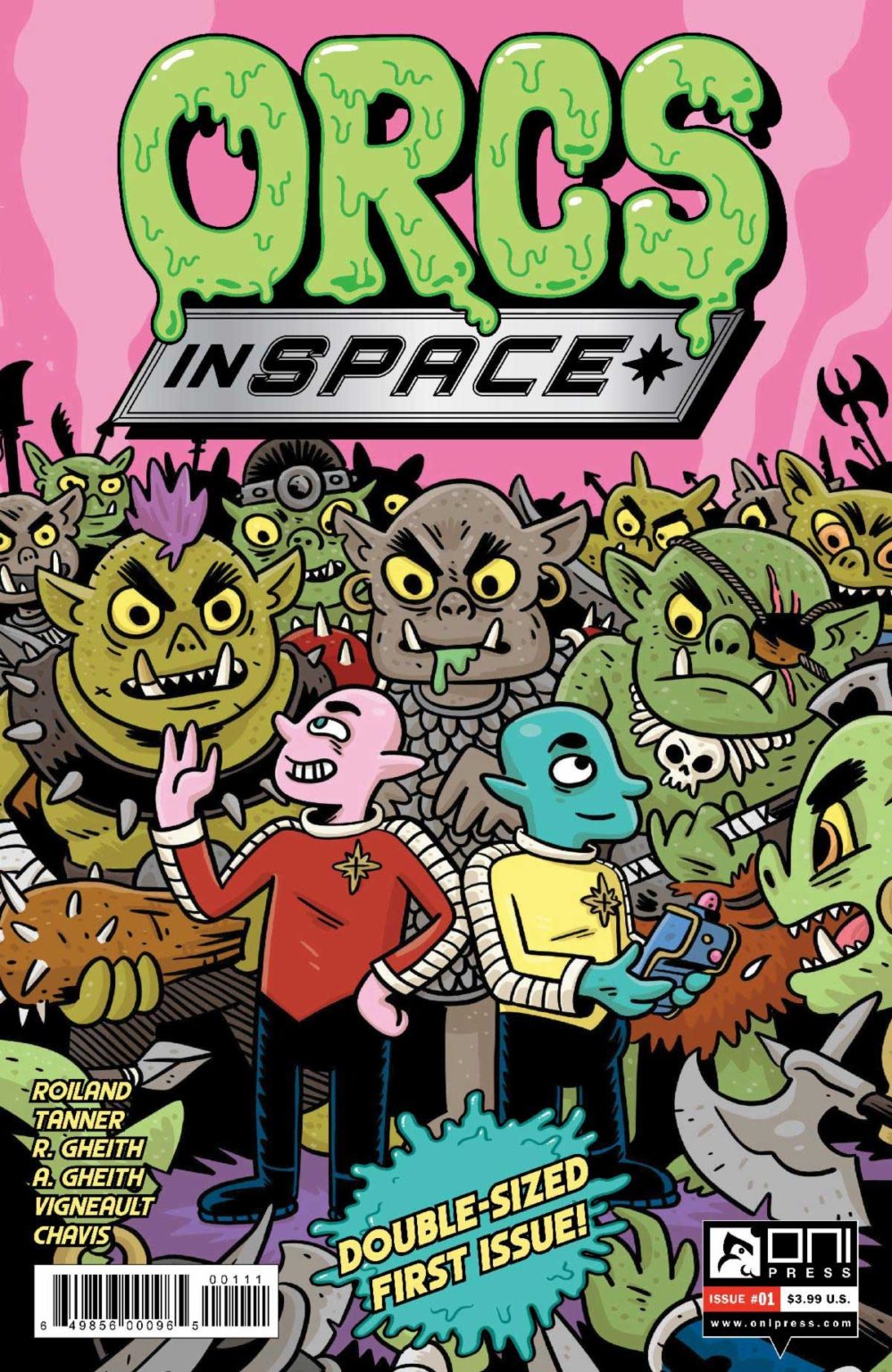 Orcs in Space launches in July 2021 The idea of three dumb orcs causing chaos was all it took for Cartoon Network’s Rick and Morty™ co-creator and Hulu’s Solar Opposites™ creator Justin Roiland to be on board. “When Rashad told me about Orcs in Space, I knew right away it was a fantastic idea. Three dumb orcs at the helm of a ship far beyond their understanding. Going on this journey with them, watching them bumble around with powers way beyond their comprehension. It’s going to be fun to watch them grow and learn how to harness sci-fi to their advantage. It always felt like such a strong idea to me, and thanks to Oni Press, it’s finally seeing the light of day.”

With humorous nods to some of pop culture’s most recognizable fandoms, the multi-issue series follows three inept orcs as they steal the universe’s most technologically advanced spaceship and take it for a ride. “What would happen if orcs stole a ship and were flung into space? I pitched the question to Justin over eight years ago, and the idea never left our heads. Born from a fascination with orcs, who haven’t been given much of a spotlight (always the side characters—the dumb henchmen of some greater, evil force), and our love for space voyage shows like Star Trek and Farscape, we knew the combination would be exciting,” said Rashad. “It was initially conceptualized as a cartoon, but when Oni gave us the opportunity to make a comic, it felt like the perfect medium to start with. Rick and Morty™ fans and lovers of sci-fi/fantasy are in for a real treat, and we can’t wait to share it with everyone. So…what would happen if orcs got flung into space?”

Gor, Kravis, and Mongtar are three orcs trying to survive while on the run from everything and everyone on their homeworld. When the naïve bureaucrats from StarBleep land on their planet, the orcs unwittingly steal the most advanced ship in the fleet and blast into the dankest reaches of the outer galactigon. Now the universe’s most wanted, the orcs befriend the ship’s AI, D.O.N.A., in a bid to get free… but will that be enough to escape StarBleep?