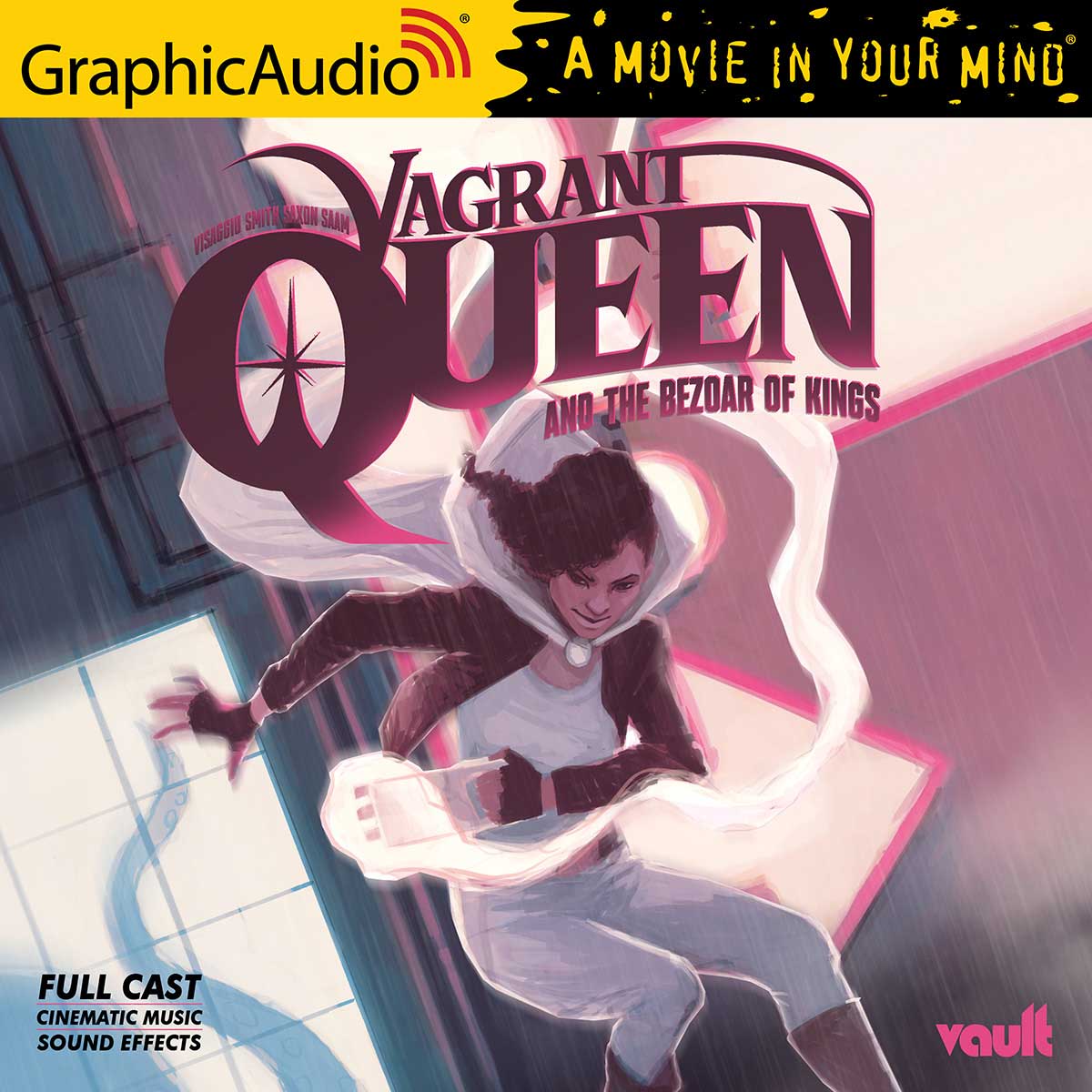 Vagrant Queen gets audiobook treatment from Vault Comics and GraphicAudio

Vault Comics and GraphicAudio, A Movie In Your Mind®, are thrilled to announce they have expanded their partnership to produce two Vagrant Queen audiobooks, adapted directly from the graphic novels and produced with a full cast of actors, immersive sound effects and cinematic music.

GraphicAudio and Vault Comics are proud to present VAGRANT QUEEN! Adapted directly from the graphic novel and produced with a full cast of actors, immersive …

Author Magdalene Visaggio says, “It’s always so thrilling for something you created to come to life. I’ve loved audio dramas since I first heard Leonard Nimoy and John de Lancie’s “Alien Voices” in middle school, so it’s been a joy to get that exciting radio show treatment.” Vagrant Queen follows former child queen, Elida, who was driven from her throne at age ten and forced to wander the galaxy, evading the revolutionary forces that wanted her dead. When an old frenemy claims to know the whereabouts of Elida’s long-lost mother, she is forced to return to her former kingdom and stage a rescue.

The first audiobook is titled Vagrant Queen and the Bezoar King, and will be released on February 12, 2021. The second, Vagrant Queen and a Planet Called Doom will be released on April 21, 2021. Both series are produced by Richard Rohan, Duane Beeman and Matt Webb, and executive produced by Anji Cornette. Vagrant Queen and the Bezoar King was adapted and directed by Nanette Savard and sound designed by Casey Green and Justin Wortz. It is available for preorder now at https://www.graphicaudio.net/vagrant-queen-1-the-bezoar-of-kings.html. Anji Cornette, Vice President at Graphic Audio, LLC says, “Being both fans of the comic book and the tv show, we are thrilled to be working with Vault Comics and authors Magdalene Visaggio and Jason Smith to give VAGRANT QUEEN our GraphicAudio a Movie in Your Mind audiobook treatment.”

The Vagrant Queen comic book series, published by Vault Comics, was co-created by writer Magdalene Visaggio and artist Jason Smith, with colors by Harry Saxon, letters by Zakk Saam, and design by Tim Daniel. Vagrant Queen volumes One and Two are on store shelves now.In 2021, Vagrant Queen was adapted into a fan-favorite TV series on the SYFY network.

About Vault Comics:
Vault Comics is an independent publisher of science fiction, fantasy, and supernatural horror comics, based in Missoula, Montana.