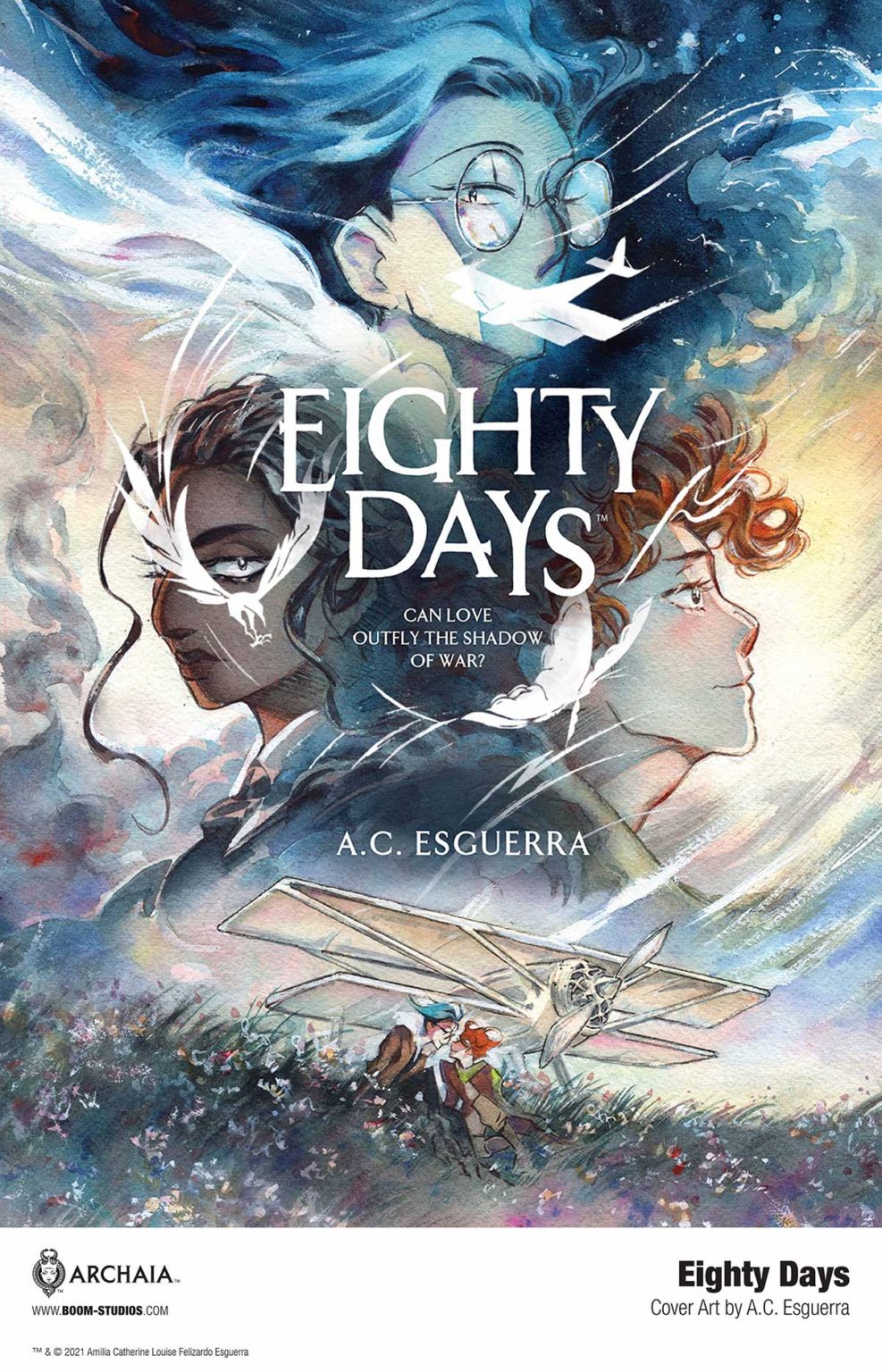 This August, BOOM! Studios releases Eighty Day, a new graphic novel from A.C. Esguerra, about fighting the impossible odds to find love under the shadow of war. The publisher sent us a sneak peek of the volume.

“After seven long ink-spattered years, I’m beyond excited to have brought the historical romance epic of my dreams to life. It’s a whirlwind of high-flying adventure, noir-flavored pursuit, knife’s edge revolution and enduring, queer love and friendship that I hope resonates with readers of all kinds,” said Esguerra in a press release.