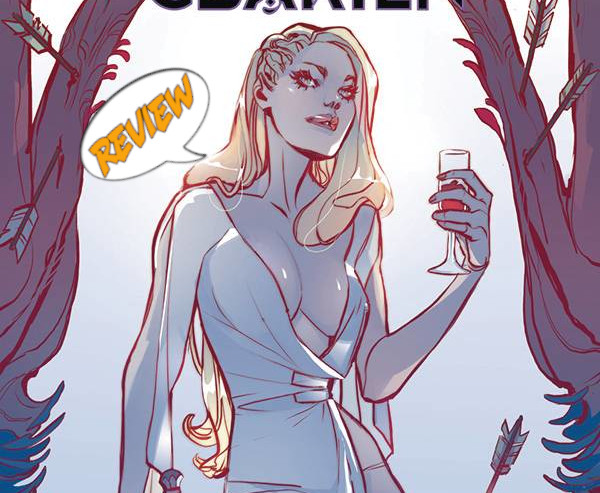 Check out the bloody romantic history of Glarien, the most dangerous elf in history. Find out what she is all about in White Ash Presents: Glarien One-Shot by Scout Comics! 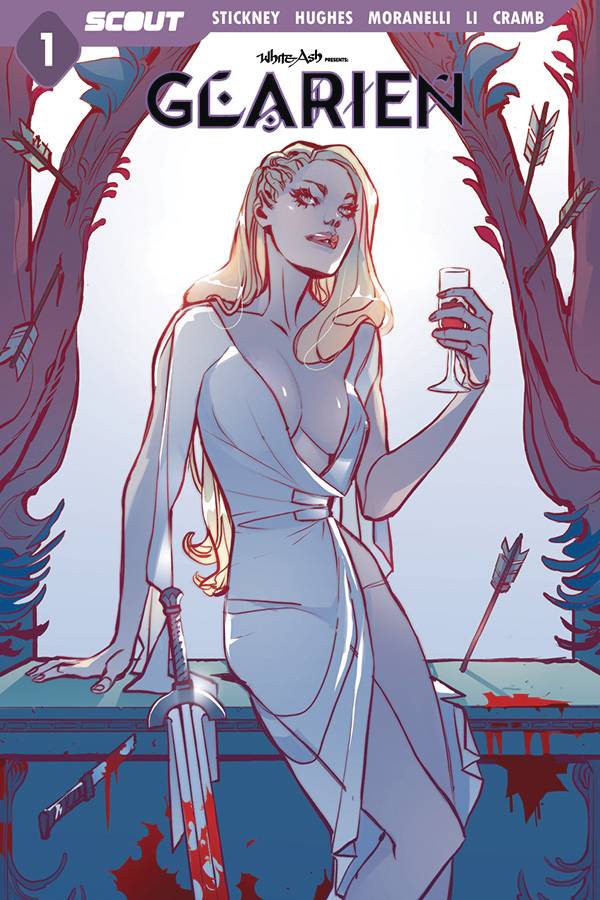 Previously in White Ash: White Ash is a story about a mining city in Western Pennsylvania that hides many secrets. The secret? This company has elves and dwarves amongst its people! Glarien is one-such elf, and we get to see who she is and where she comes.  Check out a different side to the character!

This issue features the title character in three short stories. The first is in Alfheim where she is poisoned with a sleep potion but is still able to kill her assailants before the potion can take full effect. Much later, in a town that would eventually become known as White Ash. Glarien lover, Thane, was ambushed by shapeshifters and they even tried to take out Glarien. Luckily, Glarien saw through the disguise and killed the shape changer and saved her lover. At that moment, Thane pulls out a rose as a token of his feelings. Jump to 1872, Thane and Glarien are still trying to return home while also hiding their elven heritage. Deciding to go on a date, Glarien starts to skinny dip in the lake. However, Thane is ambushed and Glarien jumps out of the water to murder their attackers. This moment of adrenaline causes them both, at that moment, to decide they want a child.

KIND OF A WEIRD LOVE STORY

So, the solicitations advertise a love story by trying to tie it to Valentine’s Day. Which is an interesting choice, because it felt a lot about physical attraction and violence for a lot of the story. In the first story, Glarien arises from bed with another man before she is poisoned. There is no love aspect here at all which seems to break the theme that the solicitation implied. Rather the theme is more of Glarien being powerful and bloodthirsty and somehow ties that in with physical relations with another man.

I liked this issue. Glarien seems like a compelling title character but I think we only really got a glimpse of what she could be as a character. I wanted to see her more as a love interest and see how that aspect defines her character. But this is a one-shot. Maybe adding more dimensions to her character would have only slowed the story down. I guess I enjoy the potential of the character rather than the blood-thirsty sexual elf that we got here.

I think this story gives you a glimpse of how Whtie Ash became what it is. This is a decent tie-in to the main title and not a bad jumping on point. I enjoyed the three different artists for the three different sections of Glarien’s history as well. It was a nice touch. 4 out of 5 for me. I think this is worth checking out if you are into some weird alternative reality fiction.

White Ash Presents: Glarien is an action-packed book that shows the blood-thirsty nature of Glarien and how fighting reflects her personality.