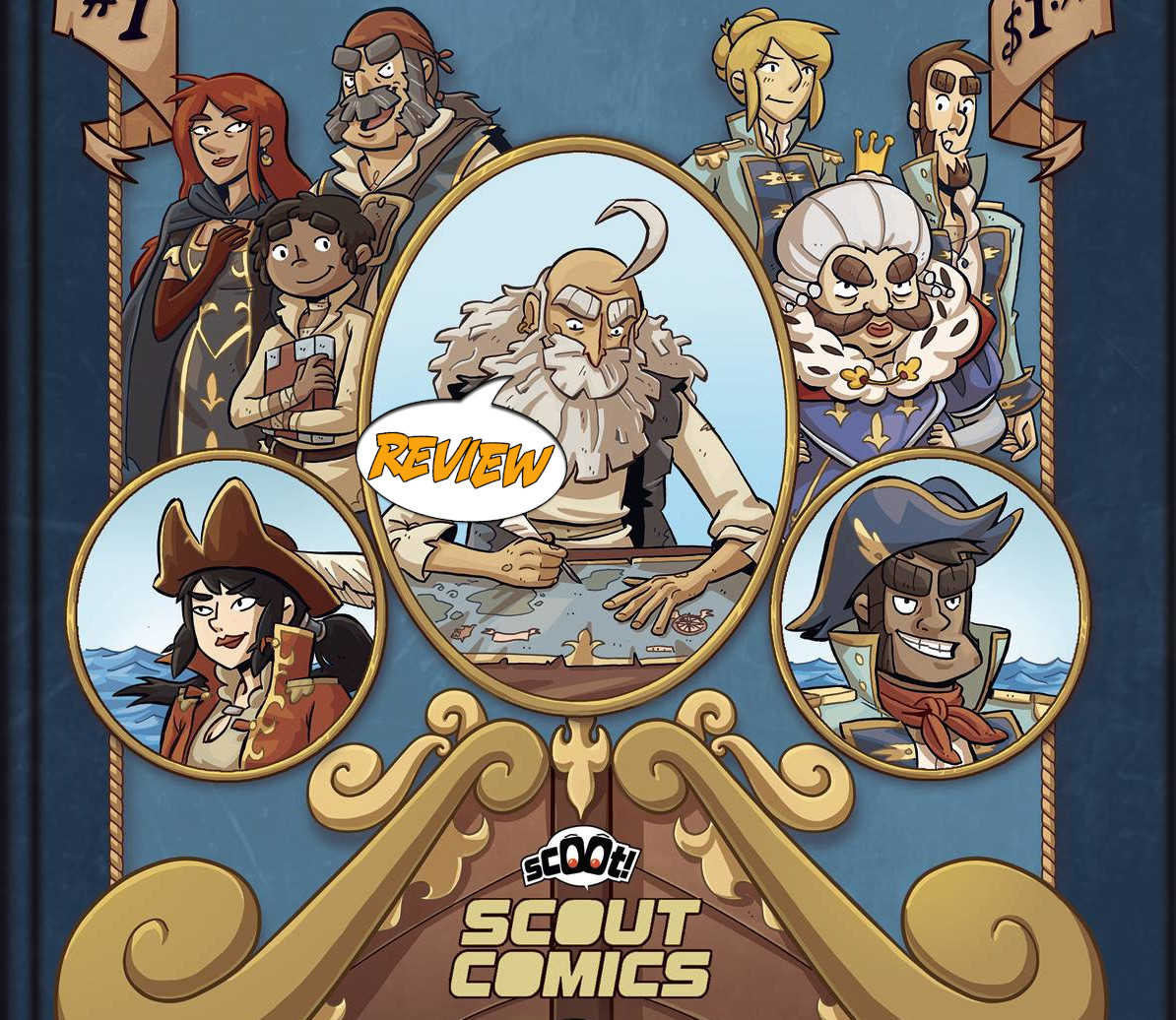 The mapmaker can create land masses by simply drawing them on a map! With such power, he becomes a valuable target to powerful people. Find out more in The Mapmaker #1 by Scout Comics! 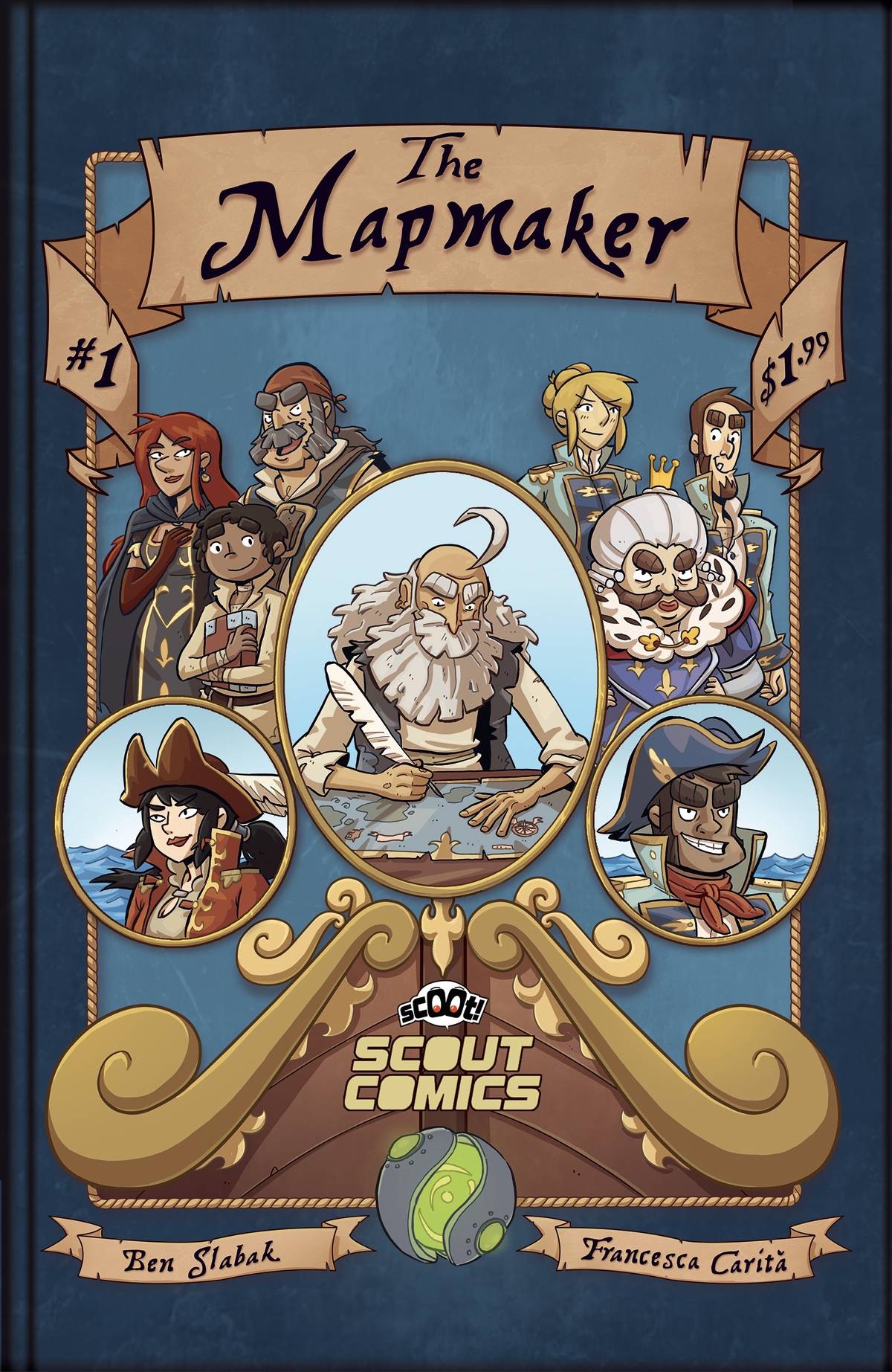 Previously in The Mapmaker: The mapmaker has an ability called The Light that makes any map he creates come to life. This power is wanted by King Gus and the only thing protecting the Mapmaker and his legacy is Pirate Captain Lei Li.

The Mapmaker is trapped on an island and is about to captured by Captain Le Grand, who wants to capture him for King Gustav to gain a promotion. The Mapmaker uses his ability of “the Light” to erase the island he is on but not before sending a message to Lei Li about what has happened. Both the Captain and Lei Li rush to the “Haven of Parley” to find out more information. Lei Li visits her mother who was once a friend of the mapmaker and Captain le Grand meets with Lady Silvia who was is a passenger on Lei Li’s ship. Meanwhile, both groups of people plan to cause a whole bunch of ruckus to each other in this city of peace.

The Mapmaker was a fun story that features pirates and the mystery of the Mapmaker. When we are introduced to the story from Captain le Grand’s perspective, I was wondering if he was meant to be a protagonist. Especially when Captain le Grand seems to be a comical character. Luckily, this opening sequence acts more as a prologue for the main plot. In fact, when we arrive to Lei Li and her crew, we see much more personality and depth.

We also see a theme of greed. The official government wants the Mapmaker for their own gain. This is a common theme in pirate fiction. But I wonder what this teaches our children knowing it is targeted to young readers? Perhaps it is that the person in authority isn’t always the one who is morally correct. Getting some Robin Hood-esque vibes here!

On paper, everything works extremely well for a young reader. The cast is dynamic, and the mystery of the Mapmaker is engaging. This is something I would gladly share with my daughter who would be able to take a good life lesson out of it. 4.5 out of 5 for me. Looking forward to the series as a whole.

A fun all-ages book that shows us that the people in charge aren’t always the morally correct one.