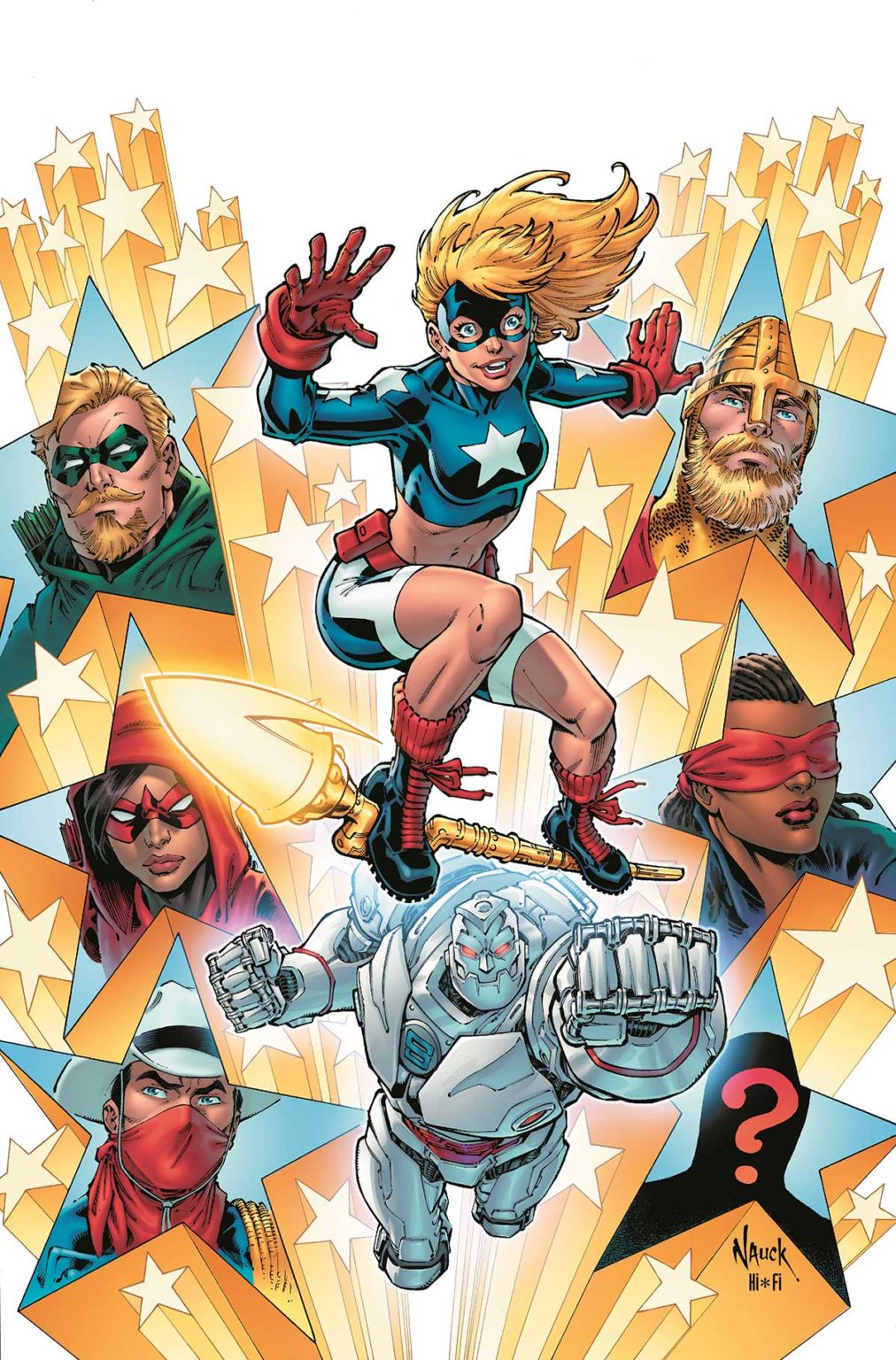 With all the fighting and world saving Courtney Whitmore needs a break. In May, Geoff Johns and Todd Nauck are sending Courtney and her stepfather, Pat Dugan, on a spring break adventure. Courtney Whitmore’s spring break plans aren’t like your average high schooler’s. Instead of hanging out with friends, she’s heading out on an adventure with her stepfather, Pat Dugan, a.k.a. S.T.R.I.P.E., and teaming up with his former team, the Seven Soldiers of Victory! The soldiers are forced to reunite again to unearth the secret eighth soldier of victory, but what other secrets lay buried, and what does it all mean for Courtney’s future as Stargirl?