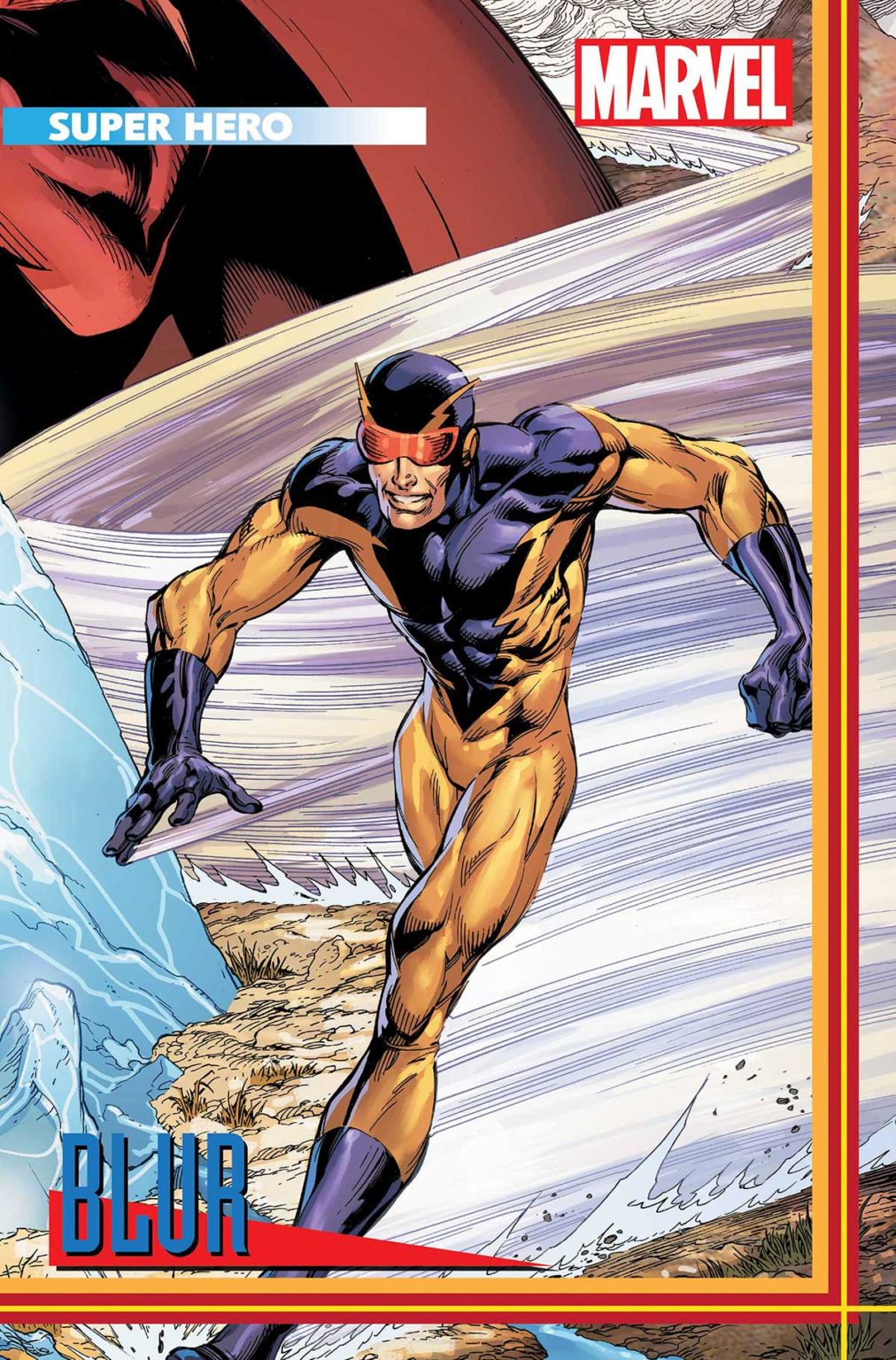 We’ve already seen a number of variant covers for the upcoming Heroes Reborn series from Marvel Comics, and today we get a new batch of covers from artist Mark Bagley. Featuring all the major players of this upcoming saga including Hyperion, Doctor Spectrum, Whizzer, and Blade, this extraordinary collection of covers will allow fans to further immerse themselves in the new world of HEROES REBORN with cover designs modeled as 90s style trading cards. A series of 9 covers, the HEROES REBORN TRADING CARD VARIANT COVERS will connect to form one epic image.

“Man, THIS was fun! I got to draw a BUNCH of characters for the first time, which doesn’t happen very often after all these years of drawing comics,” Bagley said in a press release from Marvel Comics. “I was just a kid comics fan when the Squadron was created, and I remember loving John and Sal Buscema’s art at the time. Even then, I aspired to do what they were doing, so it was a thrill doing this, and I’m proud to have been offered the opportunity.”

Even more exciting is these covers will actually be distributed as trading cards that you will be able to get at participating comic shops.