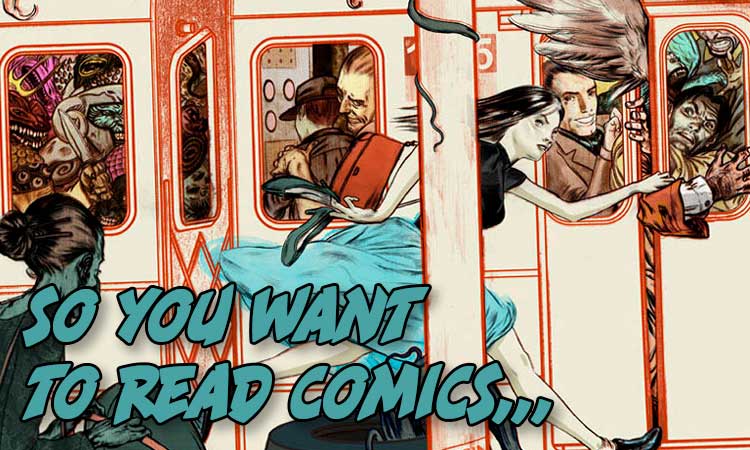 So You Want to Read Comics: Classic Disney Edition

By Jonathan Cadotte on February 9, 2021 0 Comments

Get on your mouse ears because it’s time for “So You Want To Read Comics”, our weekly feature where we focus on one topic and then offer some comic book recommendations for new readers based on that topic.  This week we’re taking a look at classic Disney.

For this article we’re using a broad definition on what “classic” means and focusing on the first 50 years of Disney (as a company) history. It’s during these formative years that Walt Disney and his army of talented animators laid the first blocks that would become the foundation to the all-encompassing empire Disney is today.  Utilizing a strong stable of original characters but also borrowing heavily from folklore from around the world, Disney created full length films and shorts that not only delighted children but amazed everyone who didn’t know just what cartoons and animation could be.  The movies created during this time period still make it to the top of many “best of” lists even as the technology and sophistication of the movies has grown more advanced in recent years, which speaks volumes about the timelessness of this era of Disney.

Now, there’s no shortage of comic book adaptations of Disney owned properties but for these recommendations, we’re going to be focusing on comics that exist outside the House of Mouse.

Fables is a long running series depicting the life of fairytale characters like Snow White, The Big Bad Wolf, Bluebeard, and Cinderella, if they had been evicted from their fantasyland and had to relocate to an inner-city neighborhood in NYC. Much like how Disney had taken these characters and utilized them for their own purposes, so too does Bill Willingham as he repaints these characters to fit into modern molds.  Half of the enjoyment of this series comes from seeing where these characters (many of whom people only know from Disney movies) end up in a fast paced, merciless, society, while the other half is the cornucopia of fun stories that Bill creates after establishing this new world.  It should be stated that this isn’t exactly a kid’s book as there are many adult themes touched on throughout.

Contrary to depiction and popular belief, Walt Disney did not build his massive company on his own.  Many of the companies most endearing and evergreen properties can actually be attributed to others who worked for Walt, people like Bill Peet. Having worked on Disney classics like Snow White and The Seven Dwarves, Pinocchio, Fantasia, Dumbo, and many more, Peet was integral to the early success of Disney as a company and studio, even though he often went uncredited (or credited as Bill Peed).  His autobiography tells the story of how this man came to know Disney, work for him, then set out on his own, each page featuring a gorgeous illustration that is reminiscent of those early Disney films.

So, what did you think of these recommendations?  Do you have some suggestions of your own? Let us know in the comments section below.