Jim Henson’s The Storyteller explores tricksters from around the world

BOOM! Studios has gathered a number of writers and artists who will tell tales of some of the legendary tricksters from around the world in Jim Henson’s The Storyteller: Tricksters #1 that arrives in March 2021.

The first issue will be written by Jonathan Rivera, with art by Jade Zhang, as they explore the most famous trickster of all – Anansi.

Fans of this fantastical series can also look forward to even more stories about their favorite tricksters of legend with the second issue, written by The New York Times bestselling YA author Jordan Ifueko (Raybearer) and illustrated by rising star artist Erin Kubo, featuring a teen Yoruba village girl who matches wits against the great god of mischief, Eshu; the third issue, written by poet and Hugo Award-winning author Amal El-Mohtar (This is How You Lose the Time War) and illustrated by cartoonist Isa Hanssen, about the legendary fox Reynard and his scheme to get rich quick, and the fourth issue by cartoonist Robin Kaplan (The City on the Other Side) and illustrator and comics artist A.L. Kaplan featuring gods Loki and Thor as they crash the wedding of the century! 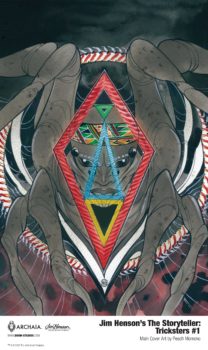 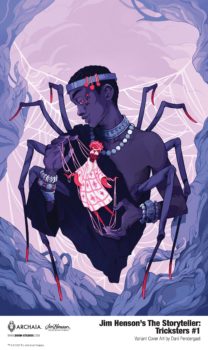 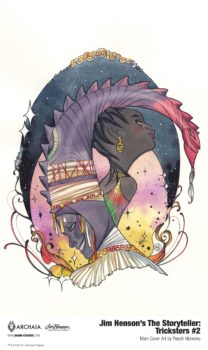 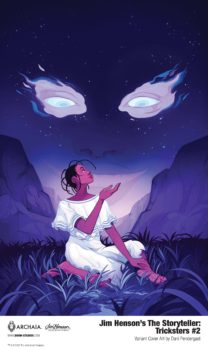 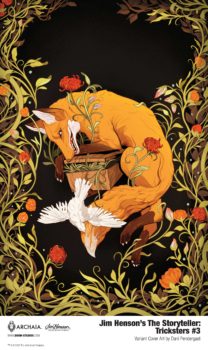 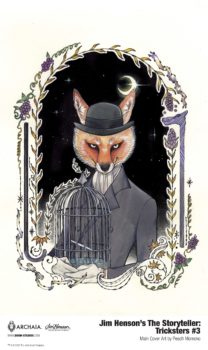