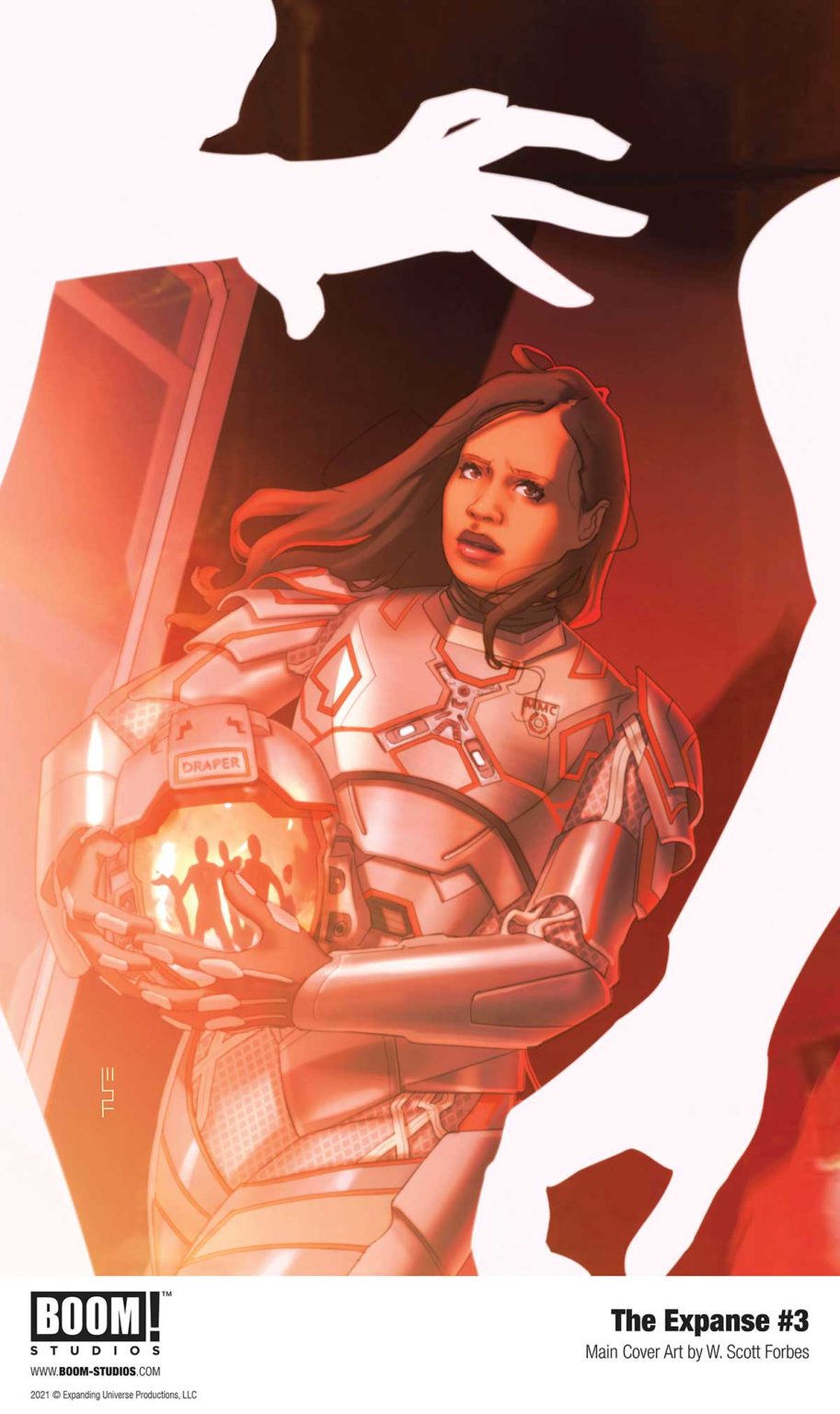 Expanse fans – The Expanse #3 from BOOM! Studios is headed our way in two weeks, and we have a sneak peek of the issue for you right now!

Based on the sci-fi novel series by James S.A. Corey, The Expanse #3 is written by Corinna Bechko, with art by Alejandro Aragon. The four-issue mini-series takes place between season 4 and five of the Amazon prime television series.

Bobbie has fallen for the same bait that has taken down so many before her, but have her enemies trapped her… or are they trapped with her? Meanwhile, Avasarala has been left for dead… and her last hope is a distress call traveling across the stars quickly enough.