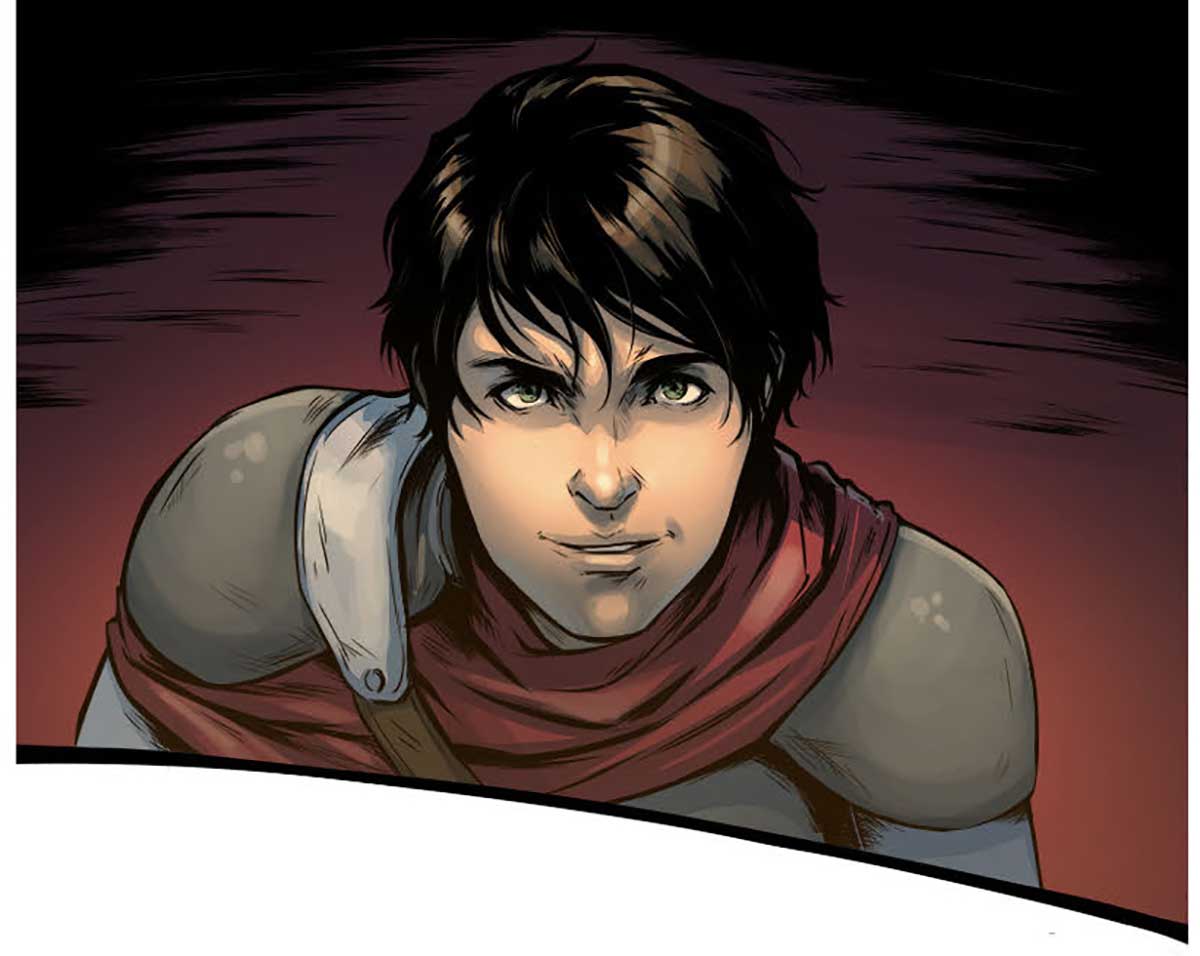 ROB
Writer: Richard Dinnick
Artist: Magda Price and Miguel Sepulveda
Colorist: Enrica Eren Angiolini
Letterer & Designer: Tyler Smith
Composer: Andrew M. Edwards
Rob is set in a “ren-punk” world far in the future where the Earth’s resources have been plundered. Bows and arrows collide with scavenged modern technology. In a desperate bid to protect his home country of Albion from the devious French Gauls and their invasion plans, Rob, his mentor Sir Dido and her niece, the trainee druid Blondel, embark on a perilous sabotage mission across the English Channel. When this goes horribly wrong and Sir Dido is injured, Rob is forced to take matters into his own hands and risk everything on a quest across his broken and bizarre world to seek a fabled weapon that may not even exist. Rob is joined by friends that those familiar with Robin Hood’s origins in medieval “gestes” will recognize and has deadly and mysterious enemies at his heels. Rob is an exciting roller-coaster adventure into a world strange yet familiar, visually stunning and creatively astonishing.